A real-life "mission: impossible" of their own. 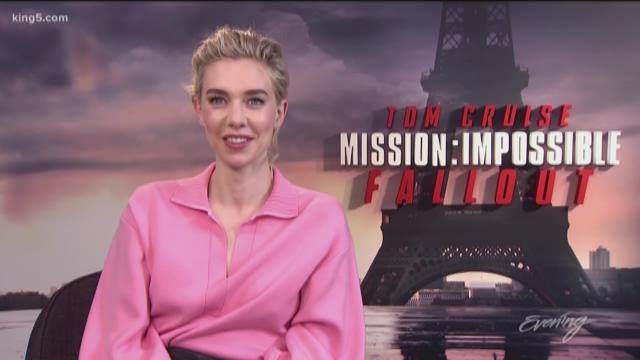 They are bigger than life as we gawk at them on the silver screen. So we forget sometimes that famous actors are everyday folk like the rest of us.

That is certainly true for the stars of the latest film in the "Mission: Impossible" mega-franchise.

Vanessa Kirby plays an underground arms dealer. She says she's not all that squeaky-clean in real life either. What is her "mission: impossible?"

"Washing up. It's a daily struggle," she jokes.

Asked if she's getting help with that, she laughs and says, "I think I might now. I admitted it in public."

"Sometimes it feels impossible to get up in the morning and train. So yeah, every day. Every day's a Mission Impossible."

Angela Bassett is the CIA Director in the film. But she makes us all feel better about ourselves when she admits, "I do procrastinate sometimes. But I think that's because I'm formulating the right way to do it."

Simon Pegg owns up to a weakness.

"Probably saying no to being in 'Mission: Impossible.' Cuz you know we're gonna be world traveling and watching Tom Cruise nearly die. Ok!"

Travel and accommodations paid for by Paramount Pictures. Evening is your guide to Seattle and the Pacific Northwest. Watch it weeknights at 7:30 on KING-TV Ch. 5 or streaming live on KING5.com. Connect with Evening via Facebook, Twitter, Instagram or Email.