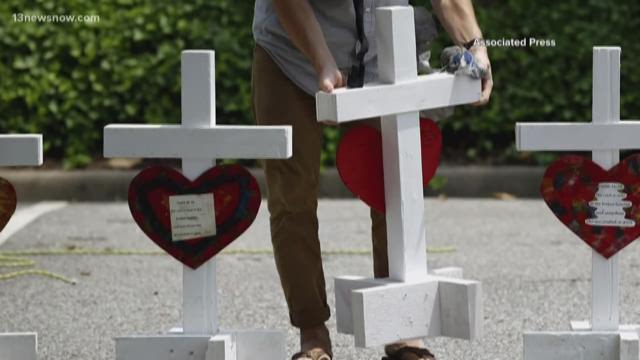 VIRGINIA BEACH, Va. — After more than seven months and two different investigations, the loved ones of the 12 people killed in the Virginia Beach mass shooting are still searching for answers. They hope a new resolution making its way through the legislature will help with closure.

"What we are trying to do is find out what happened,” said Jason Nixon, the husband of victim Kate Nixon.

“What led to this, what built up to this?”

Nixon said his wife was a bright engineer. He still has many unanswered questions about why and how the shooting occurred.

“They couldn't even give me a time of death,” Nixon said.

“Kate was wearing a Fitbit on her wrist. Why couldn't they just take the Fitbit, plug it into the computer and tell me when her heart stopped?"

Nixon said those questions are echoed by the 16 families affected.

He said most families are still not happy after investigations from city police and a private firm. They will lobby for a resolution in Richmond in two weeks, to have a third party investigate all details of the shooting.

The 262-page Hillard Heintze report on the tragedy left more questions than answers, according to Nixon and Delegate Kelly Fowler.

“We are just hoping to get some clarity,” Delegate Fowler said.

“Just have it get the same kind of eyes that we did with Virginia Tech.”

Delegate Fowler and Delegate Jason Miyares are behind the push to have a new investigation. They said the new resolution is outlined like a similar study done on the Virginia Tech shooting.

“This should give us accountability from a third party that isn't hired by anybody. Their scope isn't limited. It's very, very broad."

"Make sure we aren't leaving any stone unturned to help these families heal, as well as help the city heal,” Councilman Rouse said.

“Understand how to go forward, so something like this never happens again."

Nixon hopes a new understanding can give each family the closure they need.

“I’ve been fighting from day one, and I shouldn't have to do that."

Nixon is working to launch his new foundation ‘Virginia Strong’ in the spring.

The foundation will raise money for victims and their families and create a scholarship for women in engineering, like Kate. Nixon also wants to spread mental awareness in schools.

Nixon and supporters of the resolution will head to Richmond on Tuesday, Jan. 28th to lobby for the investigation.