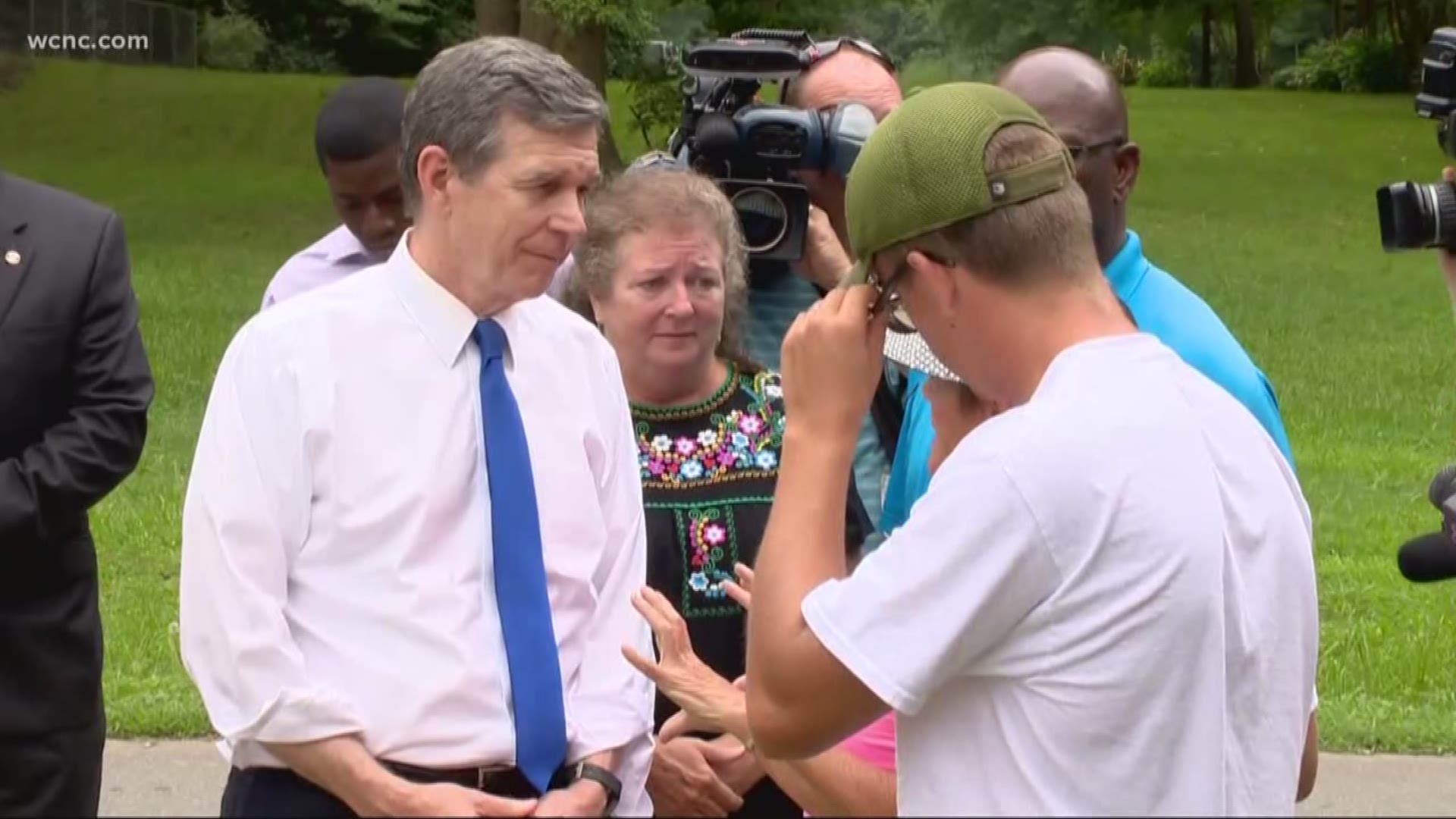 River waters pushed beyond their banks and up seven feet on some homes during the early June event.

"We lost everything underneath the house," resident Debbie Barefoot said Tuesday during the governor's visit.

Barefoot hopes Cooper talks with Duke Energy, who manages the river flow through the release of water from Mountain Island dam.

"I know that this kind of thing doesn't need to happen again," Cooper told WCNC's Tanya Mendis when questioned about flood preventatives. "We will look into this situation to see what happened."

In the immediate aftermath of the storm, Duke Energy told NBC Charlotte:

"Based on meteorological forecasts for heavy rains for the Carolinas, the Duke Energy Hydro operations team began moving water on Wednesday, June 5, through the 11 reservoirs along the Catawba-Wateree river basin. We move water proactively to manage, as much as possible, the effects of heavy rain on the lakes and rivers, even though it is difficult to predict precisely where rain will fall...  beginning on June 6, our district managers began providing real-time information to local emergency management officials of the potential for high water conditions to allow them to prepare and make appropriate notifications to residents."

When heavy rains are expected, Duke Energy begins releasing additional water from their reservoirs in order to increase watershed capacity.

"We try to hold as much water here at Lake Norman to minimize downstream impact, and so that's why once the rain started coming into Lake Norman, we waited to open the flood gates as long as we could to hold as much water here in this reservoir as opposed to releasing it downstream," Duke Energy hydro-area manager Michael Brissie told NBC Charlotte in June after complaints first arose.

Gov. Cooper signs bill that could send drug dealers to prison for 40 years

Seize the day with a sunflower selfie in South Carolina