After 40, we’re at risk for the aging loss of muscle

With 87% of falls after the age of 65 resulting in fractures, the loss of lean, supporting muscle mass just adds insult to injury. 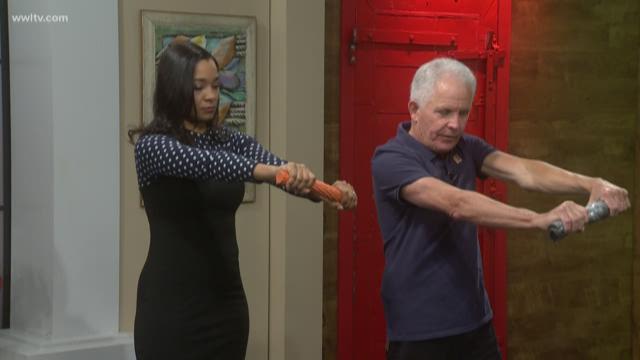 Known as Sarcopenia – derived from the ancient Greek words sarx (flesh) and penia (poverty) – this condition is the progressive decline in muscle mass and strength (dynapenia) after the age of 40.

It has caught the attention of researchers and public health experts. So much so, that Sarcopenia has its own ICD-10 reimbursement code.

Sarcopenia is most pronounced in those sedentary individuals, who may also have other comorbidities such as diabetes and heart disease, after the age of 60.

Consistent with this loss of muscle is the accrual of fat mass – specifically around the mid-section – visceral abdominal fat – while also infiltrating the muscles – intramuscular adipose tissue.

With 87% of falls after the age of 65 resulting in fractures, the loss of lean, supporting muscle mass just adds insult to injury.

Writing – "Efficacy of Nutritional Interventions as Stand-Alone or Synergistic Treatments with Exercise for the Management of Sarcopenia" – in the September 2019 online journal Nutrients, researchers from Italy comment that, “Sarcopenia represents an important sanitary problem, since it affects 20% of people over 70 and 50% of people over 80”

Moreover, the Italians note that, “considering the important function of muscle tissue beyond locomotion (e.g., influence on glucose and protein metabolism and on bone density), it is associated with many adverse clinical outcomes (falls, fractures, functional and cognitive decline, cardiac and respiratory disease, reduced quality of life and independence, hospitalization, and mortality).”

RELATED: How much sodium is too much?

Sarcopenia is now defined as, “a muscle disease, which can be considered probable, if reduced muscle strength is detected” - with the hand grip dynamometer and chair stand test, as the primary measures of muscle strength and the dual-energy X-ray absorptiometry (DXA) and bioelectric impedance used to assess muscle mass.

Sarcopenia can accelerate under a pro-inflammatory state, malnutrition, hormonal changes, higher muscle protein breakdown, loss of motor neurons, mitochondria dysfunction, and insulin resistance – which, “reduces the (body’s) ability to use the available proteins.”

In addition, “insulin resistance in the skeletal muscle results in whole-body metabolic disturbances associated with type 2 diabetes, which are further exacerbated by Sarcopenia. All these alterations are differently responsible for an imbalance between the anabolic (building) and catabolic (breakdown) process at the muscular level.”

Essential amino acids (EAAs), in particular leucine, are an important anabolic stimulus. The main dietary sources of EEAs are lean meat, dairy products, soybeans, cowpeas, and lentils. The biological pathways on which leucine act are the activation of the mammalian target of rapamycin (mTOR), and the inhibition of the proteasome.

However, supplementation with high doses of EEAs (10–15 g) and leucine (at least 3g) is necessary to overcome anabolic resistance in older people.

ß-hydroxy ß-methylbutyrate (HMB) is one of the metabolites of leucine, which exerts anabolic and anti-catabolic effects through the activation of the mTOR pathway and the stimulation of the growth hormone/IGF-1 axis.

It is recommended to dose vitamin D in all sarcopenic patients and to prescribe supplements in those who are deficient. Promotion of an adequate sunshine exposure together with the consumption of foods rich in vitamin D (salmon, mackerel, herring, sun-dried mushrooms) should instead be suggested in all older people.

The researchers importantly comment that, “inactivity is one of the main causes of sarcopenia because it determines a resistance to muscle anabolic stimuli. Therefore, the combination of nutritional interventions and physical exercise acts synergistically to improve muscle health. Indeed, up to now it has been the most effective strategy for the management of sarcopenia.”