After years of having to stick themselves with needles, many diabetics are able to manage their condition with insulin they inhale. 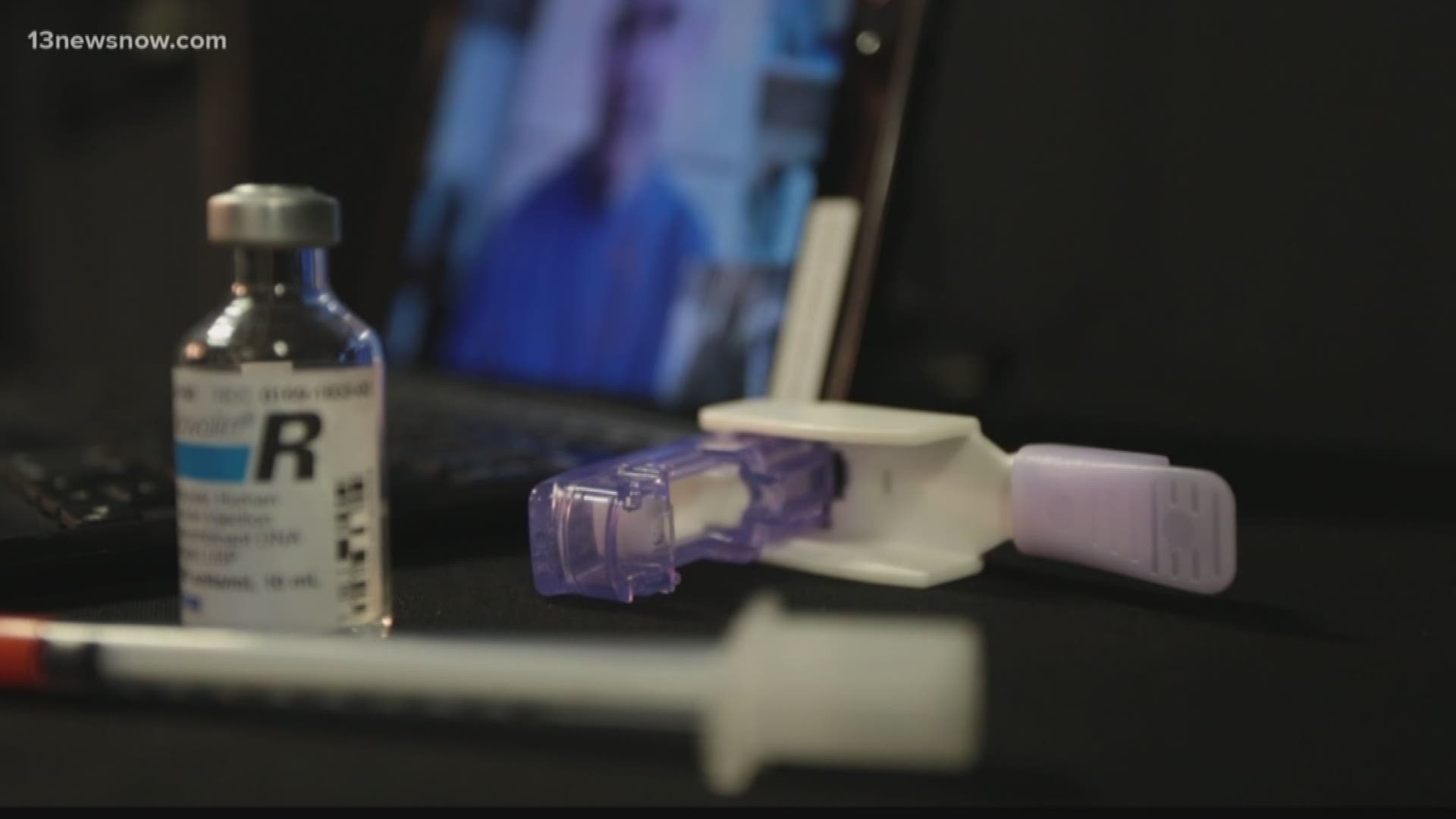 VIRGINIA BEACH, Va. (WVEC) -- No needles, no pricks, no pumps. Many people may not have heard about the form of insulin that prevents the discomfort or pain often associated with taking the life-saving hormone. It's inhaled insulin, which comes in powder form.

“It’s a real help, is when you’re eating a meal that’s hitting your blood sugars really hard, like Mexican with friends, and that makes your blood sugar go up fast, and this helps stops that fast rise,” Brobson explained.

Although he likes the newer technique, it doesn’t free Brobson from poking himself with needles completely. He said inhaled insulin isn’t as precise as injected insulin.

Endocrinologist Dr. Courtenay Harrison agrees. Harrison said inhaled insulin, known by the brand name "Afrezza," is a tool that works alongside long-lasting insulin administered through an injection or pump.

“For example, if you have Type 1 Diabetes, you would be on your once-a-day dose of a long-acting insulin, and you would need three injectable shots of insulin a day or you could take three inhaled insulin for your meals," Harrison stated.

The powder has been on the market for quite some time, but Harrison said a lot of patients aren't aware that it may be an option for them.

He said, "It's not been advertised that much. You don’t see on TV or on magazines.”

Inhaled insulin is for people 18 and older who have Type 1 and Type 2 Diabetes, but not everyone can get their hands on it.

“You can’t use this if you have asthma, or COPD, emphysema, chronic lung disease or if you smoke,” Harrison told 13News Now.

The FDA requires patients using it to have a lung test before they start, six months into usage, and after a year of taking it. Harrison explained, “Some people are probably a little nervous about putting it in their lungs and the effects long-term. The company has studied that.”

Harrison said the company found no long-term negative impacts, but side effects could consist of a cough or tickle in the throat. Brobson said that’s his major complaint.

“I love it, but the cough is a real concern for me, so that tends to be my reason for not using it more,” said Brobson who plans to continue using it for convenience when traveling and eating some spicy foods.

“Using the inhaled insulin has allowed me to add variability, and I have gone and had Chinese, which is crazy hard,” Brobson explained.

Harrison said anyone who is 18 or older and is interested in trying Afrezza should check with his/her doctor to see if it's a good fit. He added that doctors should be able to give the required lung test at the office. He said a potential hurdle for patients is whether their healthcare insurance provider approves inhaled insulin.