Scores of generic blood pressure medications have been recalled over cancer concerns. Many are wondering what they should do, or if they're at risk. 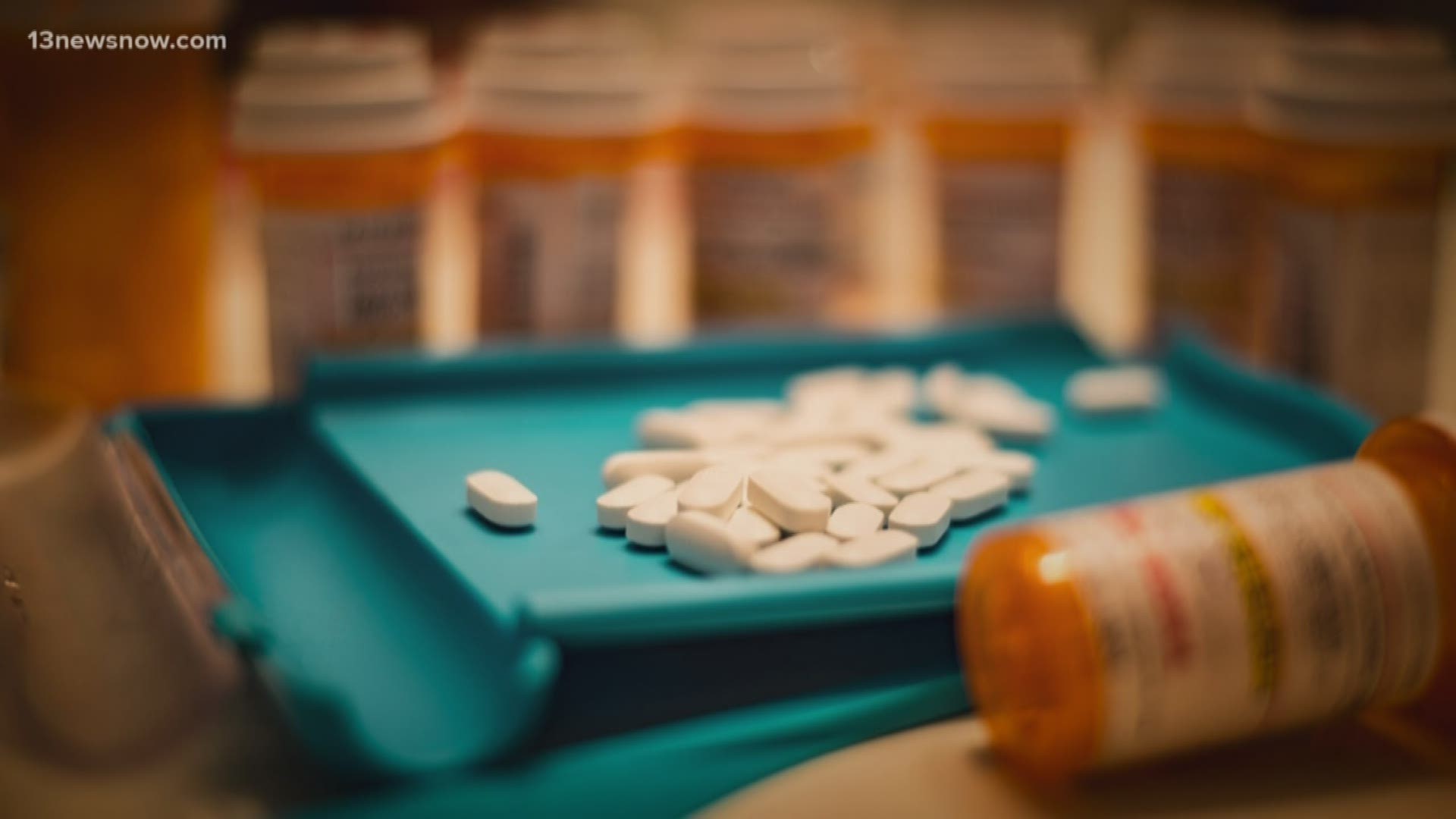 NORFOLK, Va. — It's something that's become a big concern for many people and their families: scores of generic blood pressure medications have been recalled over cancer concerns.

Many are wondering what they should do, or if they're at risk.

“This is Losartan," Lundy said, holding up the bottle. "I think I was taking one or two pills per day.”

He had a stroke in January.

“I remember going through the door at the hospital," he said, trying to recall the day his wife Alicia drove him to the emergency room. "I don’t remember what happened after that.”

He’s been recovering ever since, taking a combination of prescriptions.

Losartan is one of several other blood pressure drugs that have been voluntarily recalled by pharmaceutical companies over concerns an impurity in it can cause cancer. Valsartan and Irbesartan are also on the list.

Dr. David Baran at Sentara said he knows there are some common questions on many patients' minds.

“What’s the real risk? If you have Losartan at home, the question is: are you really going to develop cancer?” Dr. Baran said.

“I would say that in some ways, it’s a lot of hullabaloo. No one’s actually died or gotten cancer; it’s a theoretical risk.”

Dr. Baran said not taking your recalled blood pressure medication could cause more immediate harm than just staying on it.

“Don’t just stop your medications for the one-in-a-million chance that maybe after 20 years, there might be a risk of cancer," he said. "Whereas today, tomorrow, this week... you might have a stroke if your blood pressure is out of control.”

“If you took a maximum dose over a period of your lifetime, only one in 8,000 people would even have an issue," Beale said. "So that should be reassuring.”

She's quoting a statistic from the FDA which tested the theoretical risk of patients developing cancer if they took the highest dose of Valsartan.

According to the FDA, “Most patients who were exposed to the impurity... received less exposure than this worst-case scenario.”

Beale cautioned: “Don’t stop your medication because that can be more detrimental than continuing on with the product.”

The recall is only affecting generic brands of the drugs which were manufactured overseas in China.

Dr. Baran explained most generic manufacturers share chemicals, which is why the recall is so widespread. But the reality is, most patients can’t afford brand-name medications.

“We can’t just tell a patient who’s on a generic drug, 'Oh, just go to the brand name.' If they could have, they would have already probably been on that branded drug,” he said.

Lundy said it's a problem for many patients.

“It seems there’s always an issue behind this lower cost medication and as Americans, I don’t think it's right," Lundy said. "But it what’s we have, and like they said, we have to keep taking it.”