The disease can be spread through mosquito bites, and can lead to serious medical problems if people ignore the symptoms. 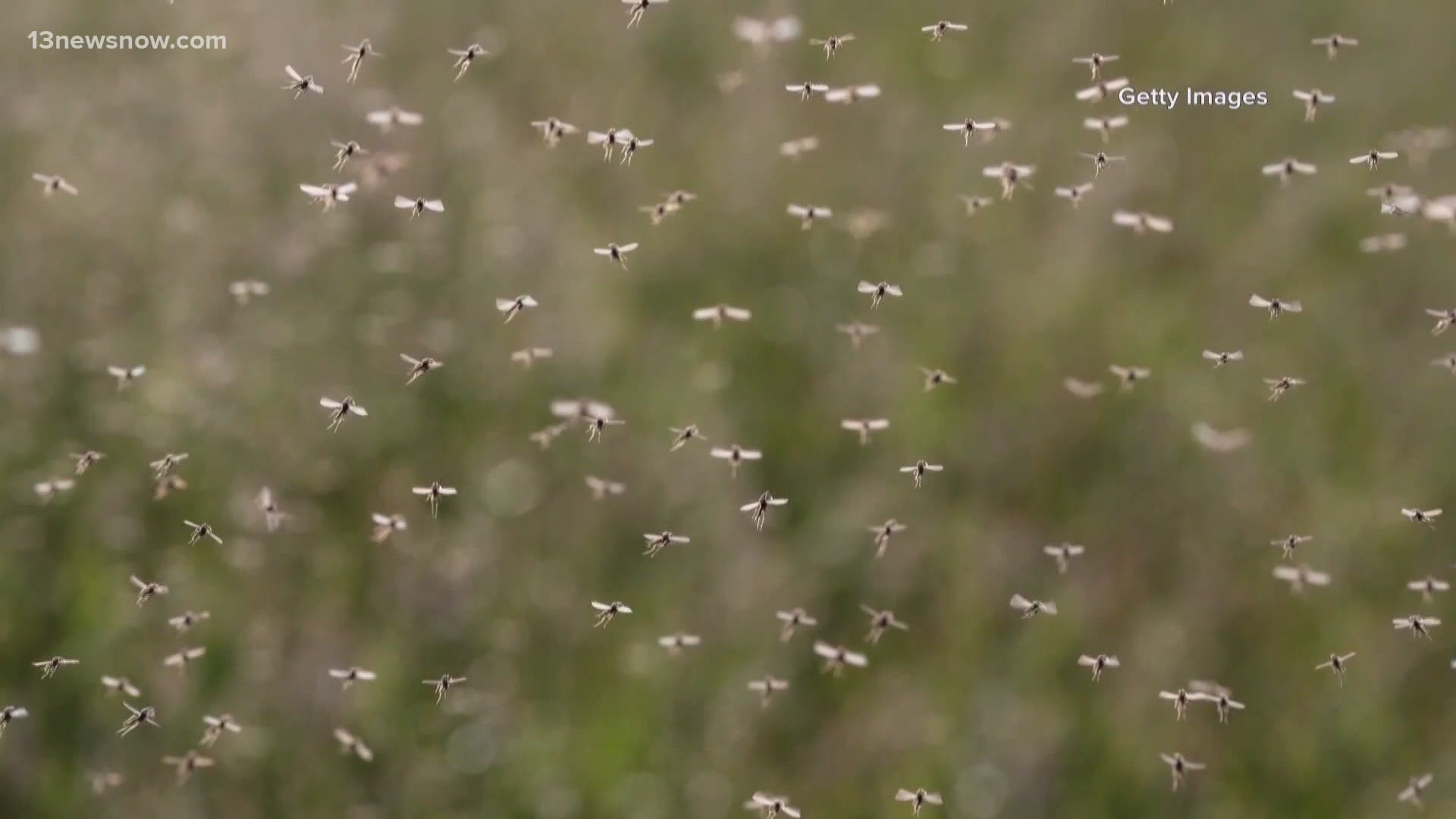 It's rare for people to catch EEE, but since the disease can come with serious consequences (from flu-like symptoms all the way to meningitis, or even death), officials warned people to be careful.

Chesapeake Mosquito Control Head Biologist Lisa Wagenbrenner said mosquitoes have been testing positive for the disease at a higher than normal rate.

“About nine years ago we had a case that happened in Portsmouth, just over the border," Wagenbrenner said. "It was a human case for eastern equine encephalitis, and we’re having a similar year to that. It’s just a little higher than normal as far as our numbers of mosquitoes that we're finding positive for EEE.”

But don’t panic, Wagenbrenner says most of those itchy bites you find on your ankles are likely from “nuisance biters.”

“The ones that are very aggressive biters, they bite during the day, some of them are very large," she said. "Luckily, they do not transmit diseases typically.”

Sentinel chickens have also been testing positive for EEE, and health officials said this was still early in the season

Dr. Nancy Welch, the director of the Chesapeake Health Department, said the weather might be leading to higher risks.

"With the recent rains leading to more mosquitoes, it’s important for residents of Chesapeake to take precautions to protect themselves and their families,” she wrote.

Virginia Beach Mosquito Control biologist Jennifer Barritt said her team has also noted an increase in mosquitoes but none have tested positive for any diseases.

“They’re starting to increase and probably the next week to two weeks will probably really start seeing the numbers increase even more," she said.

We already know it’s important to tip over standing water. But Barritt said when the weather is this hot and this wet, mosquitoes can grow a lot faster.

“The warmer that it is outside, the quicker the mosquitoes are able to go from egg to emerging adult," she said. "So you want to make sure to pour all the water out at least once a week, if not a little more often. But make sure to get the water poured out of any kind of buckets containers anything that you may have in your yard.”

Barritt says spraying for adult mosquitoes hasn’t been easy lately because of the recent storms.

In both cities, crews are out treating standing water for mosquito larvae.

“We’re monitoring," Wagenbrenner said. "There’s lots of ditches out there, there’s woodland pools and things like that, that crews are going out and checking and then we’re also setting our mosquito traps that catch the live mosquitoes and monitoring their levels as well.”

A release from the city encouraged residents to seek medical care if they noticed these symptoms: