A man whose mother has Alzheimer's said isolation is worse than the pandemic. He hasn't seen her in four months. 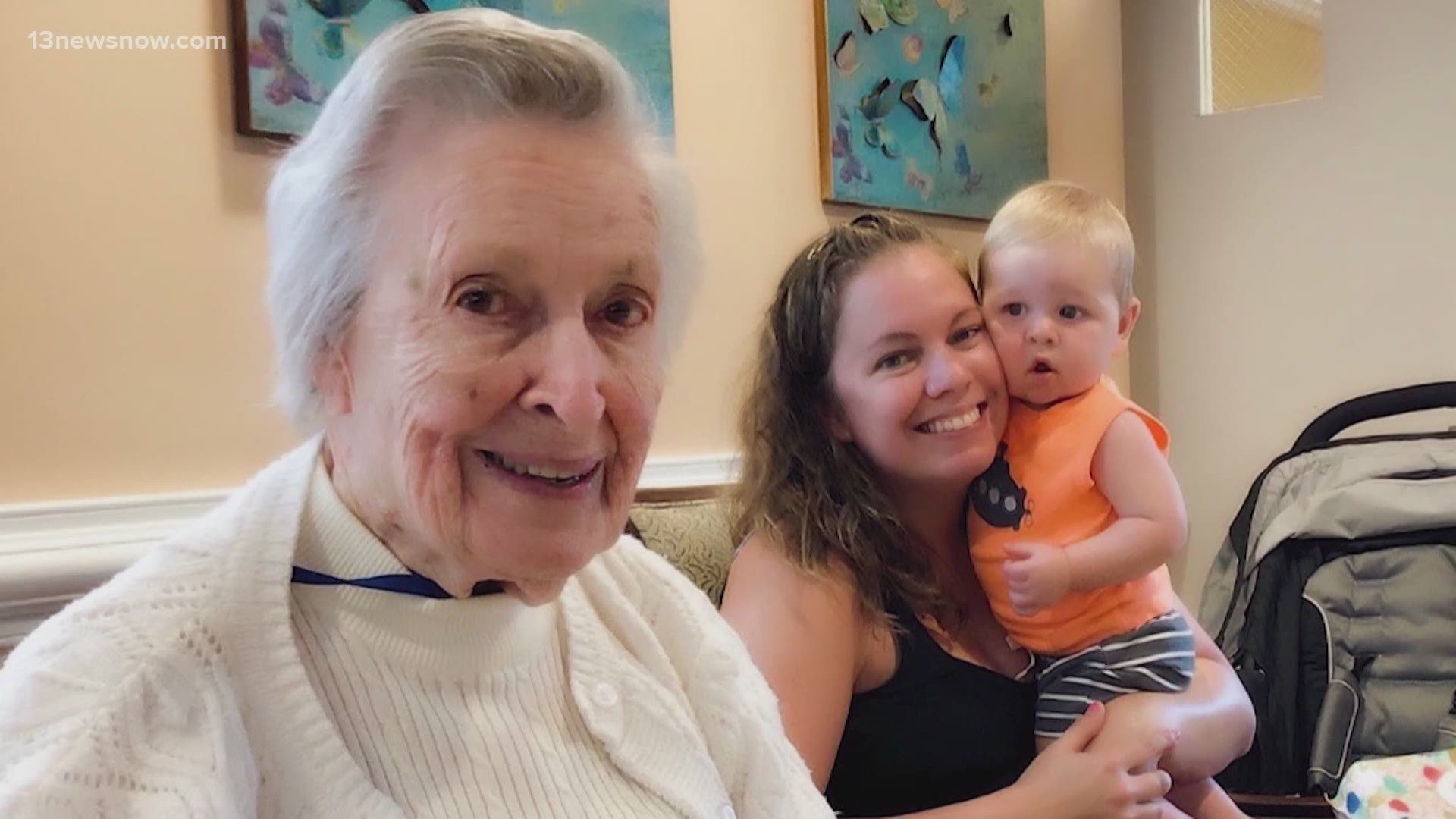 GREENSBORO, N.C. — Businesses, jobs, and income. So many people are feeling the impact of coronavirus, but it goes deeper than that.

The pandemic also forced many to sacrifice connections with loved ones - inside nursing homes and care facilities.

Tim Wall knows the stress and heartache all too well.

"It just feels like you’re seeing them disappear before your eyes and there’s nothing you can do about it," Wall said.

RELATED: Wife takes job as dishwasher so she can see her husband with Alzheimer's

Wall's mother Peggy Wall is a resident at Summer Stone Health and Rehab in Kernersville, where he said the isolation is worse than the virus.

"I know their hands are tied. They have to do what the governor has mandated, but it's not a holistic approach," Wall said. "It’s a warehouse, they’re fed and watered."

He held back tears trying to express how every moment counts when dealing with Alzheimer's.

"Time is not your friend you have to live in the moment, and we’ve lost so many moments during this time," Wall said.

Other families will share their stories Thursday at 8:30 p.m. during a virtual panel discussion called 'They Matter' held by Priscilla Jean-Louis.

Her mother has dementia.

"For a lot of these patients it’s a matter of life and death," Jean-Louis said. "So the conversation has to be had and it has to be heard."

Jean-Louis is using her platform as a blogger to bring in mental health professionals and an organization pushing for a comprise from the Federal Nursing Home Commission for COVID-19.

"What you’re seeing is a decline, a quick decline in the health of these family members," Jean-Louis said. "They’re not dying from COVID-19 they’re dying from isolation.”

An initiative called North Carolina Caregivers for Compromise is sending suggestions such as allowing outdoor visits and wearing protective gear to the Federal Nursing Commission hoping they’ll meet them somewhere in the middle.

You can submit your suggestions

RELATED: 'I don't know if they're doing it too little, too late' | NC leaders say every nursing home resident to be tested