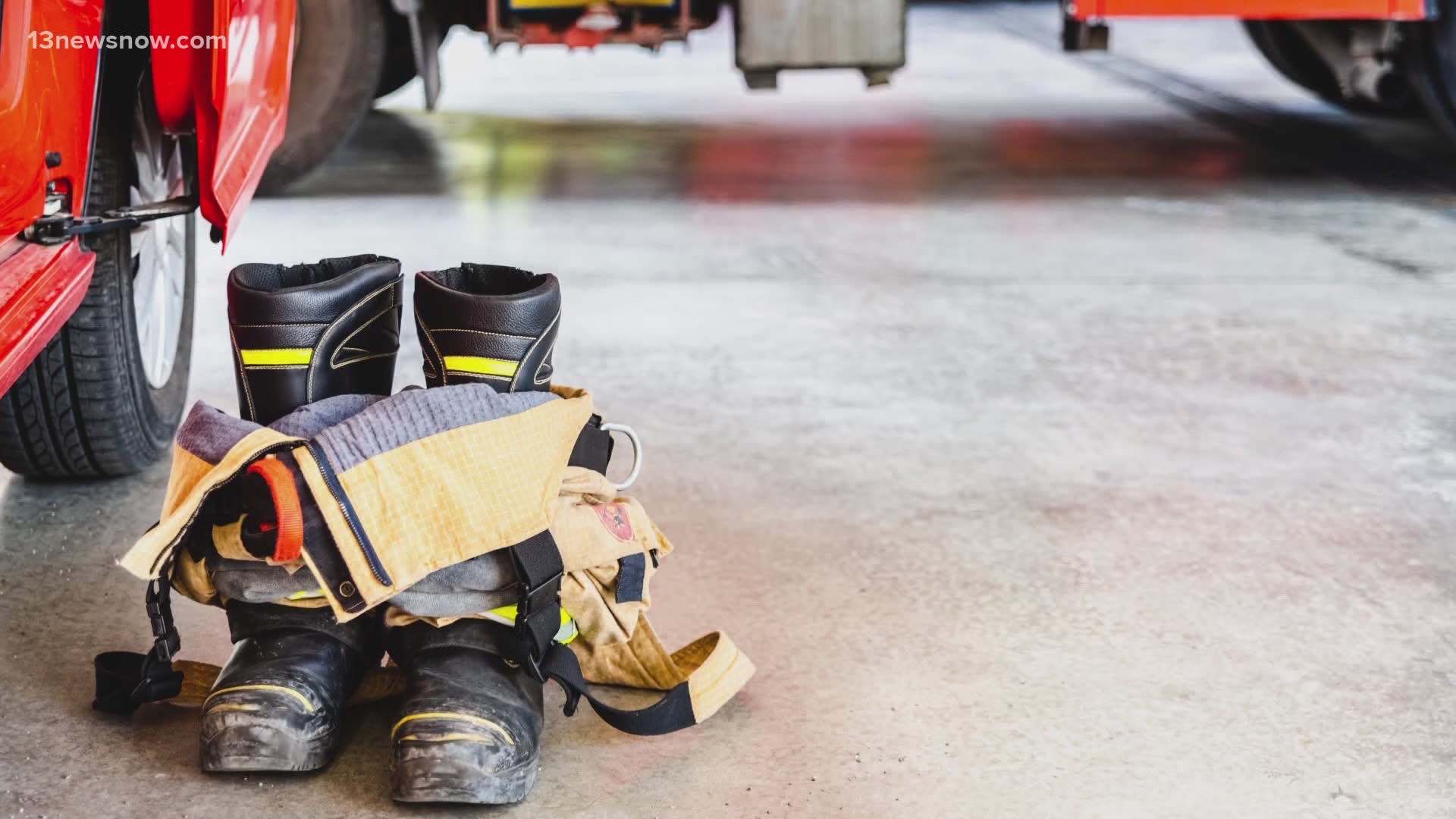 YORK COUNTY, Va. — The president of a first responders union said several issues have led to a wave of COVID-19 cases and exposures within the York County Department of Fire & Life Safety.

"We spend 24 hours in the firehouse. The beds are next to each other in most cases, sharing everything for 24 hour periods and some cases longer," Dinse explained. "As the numbers go up and the quarantine numbers go up, so now a 24-hour shift becomes a 48-hour shift. So, you can see how the numbers are going to escalate as this continues because the time together is gonna be greater and the exposures will be greater."

A spokeswoman for York County said as of July 10, the number of firefighters who tested positive in the county was 11, and a total of 40 personnel are currently quarantined including 32 people who were directly exposed to infected staff members.

Dinse relayed similar figures to us as far as the number of people who were quarantined and exposed.

York County officials said three of the 11 firefighters have completed their quarantines and are back at work. Most other staffers who are currently under self-isolation will return to work in the next week.

He noted that first responders are starting to encounter longer wait times to get their test results.

"We have members being tested and waiting 4-5 days to get their test results. How many exposures from that are occurring?" Dinse asked. "We need to have results within hours. We are not being placed as a priority in the Department of Health of Virginia. We are not. And we need to be there."

He also pointed to other public safety agencies and their resistance towards releasing their caseloads to the public. He suggested that people would be hesitant to dial 911 if they knew the virus was spreading within their departments.

"Some departments are hiding behind a screen not letting their public know throughout Virginia, just how many firefighters they have infected with COVID and I believe that’s morally wrong," Dinse said. "Some of the thought would be the public would be less likely to dial 911 to request our assistance for help if they thought the person responding to that call will be COVID positive. They’ve gotta trust in us, we have the people, we’re taking all the precautions."

Dinse said he believes as Virginia continues moving ahead in its reopening plan, emergency teams will see even more spikes in cases.