Northam: 70% of Virginia adults have had at least one dose of the COVID vaccine 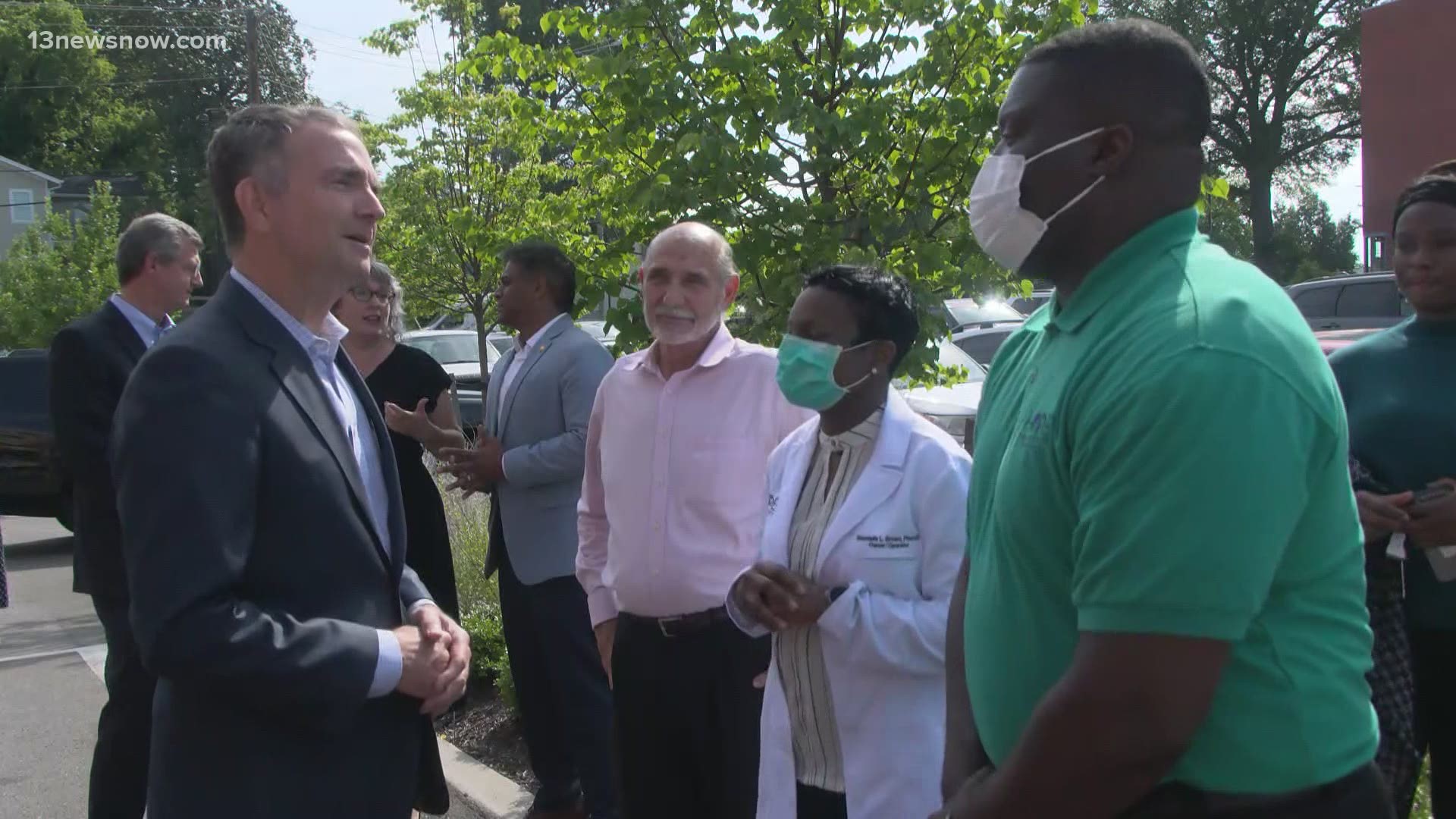 RICHMOND, Va. — Governor Ralph Northam shared the news Monday morning that 70 percent of Virginia's adults have had at least one dose of the COVID-19 vaccine.

The news comes 15 months after the beginning of the pandemic, and two weeks before President Joe Biden's goal of having 70 percent of Americans vaccinated by July 4.

“Virginia has reached a significant milestone in the fight against COVID-19,” Northam said. “Thanks to the millions of Virginians who have rolled up their sleeves to get vaccinated, the virus is in retreat, our economy is growing, and we are closer to putting this pandemic behind us."

VDH reports just 44 percent of Norfolk adults have received at least one shot.

The locality data shows Chesapeake and Virginia Beach at 56 and 58 percent.

However, this data doesn’t include military and federal doses administered – which health officials say makes up a major portion of Hampton Roads’ vaccinated population.

When asked for this information Monday, a VDH spokesperson said "we do not have federal doses by locality yet."

The seven-day average of deaths in January was around 83. On June 1, that number had dropped to seven. Hospitalizations were averaging at around 2,600 at that time, and have since dropped to 500.

“We are deeply grateful to all those who have been vaccinated and to the vaccinators helping Virginia reach and surpass this milestone,” said State Health Commissioner M. Norman Oliver.

Because of these numbers, Governor Northam's state of emergency that was declared back in March is set to expire at the end of the month.

More than 8.8 million doses have been administered in Virginia. Northam said Virginia is the 16th state to report 70 percent of adults have had at least one dose of a COVID-19 vaccine.