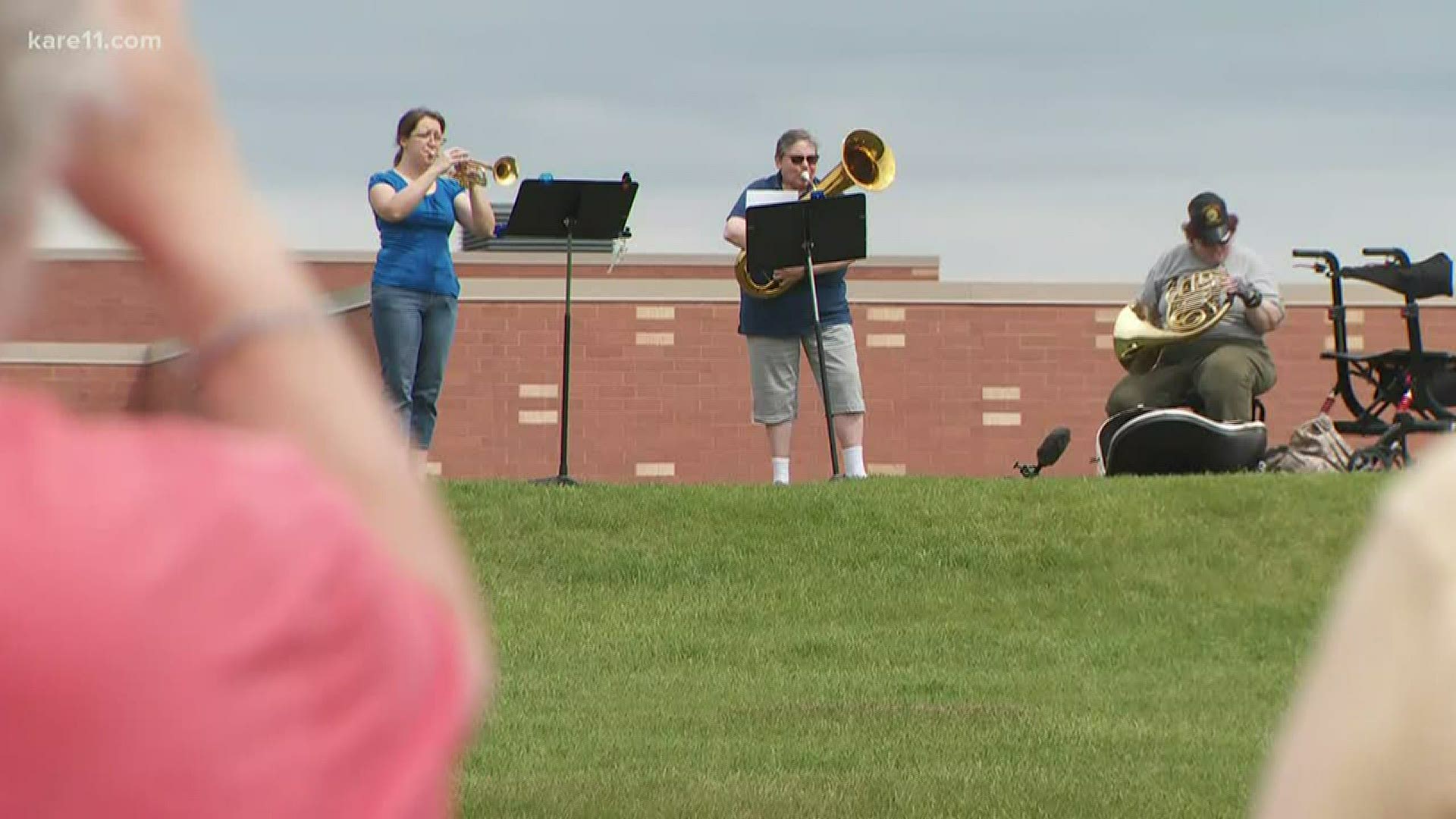 Yet, for many Americans, Taps has a symphony’s worth of meaning.

“It's almost sacred. It's almost like a prayer, where the bugler is praying through the horn,” Rob Severson, who played Taps on Memorial Day in front of his Deephaven home, said.

Bob Gould and his 17-year-old son Isaac did the same near Grand Rapids, Michigan.

While in California, Christina Ball and Natasha Sadoski Souliere made their voices their instruments of honor.

With traditional parades and cemetery honors suspended, Americans took matters into their own yards – and driveways, and porches, and front steps.

“I just put something out on Nextdoor, ‘Say, hey, who wants to join me?’” Jenny Parton-Olson said.

Which is how Parton-Olson ended up being joined by Mary Yerks and Carla Herling, hitting their high notes atop the highest point in Crystal's Forest Park.

In Buffalo, ninth grader Hannah Rocker played Taps on her clarinet as she looked down from the deck of her family’s home.

While in Maryland, school music lessons were cancelled before Drew Swain had mastered Taps on his trumpet. Undeterred, he played assisted - by Bluetooth and his saluting little brother.

2020 wasn’t the traditional Memorial Day. Yet, it will be remembered as the year we honored our heroes, at home.

KARE 11’s coverage of the coronavirus is rooted in Facts, not Fear. Visit kare11.com/coronavirus for comprehensive coverage, find out what you need to know about the Midwest specifically, learn more about the symptoms, and see what companies in Minnesota are hiring. Have a question? Text it to us at 763-797-7215. And get the latest coronavirus updates sent right to your inbox every morning. Subscribe to the KARE 11 Sunrise newsletter here. Help local families in need: www.kare11.com/give11.

There is also a data portal online at mn.gov/covid19.