Both cities show testing positivity rates above the Virginia state average. At 7.5 percent and 6.9 percent, they've nearly doubled over the last month. 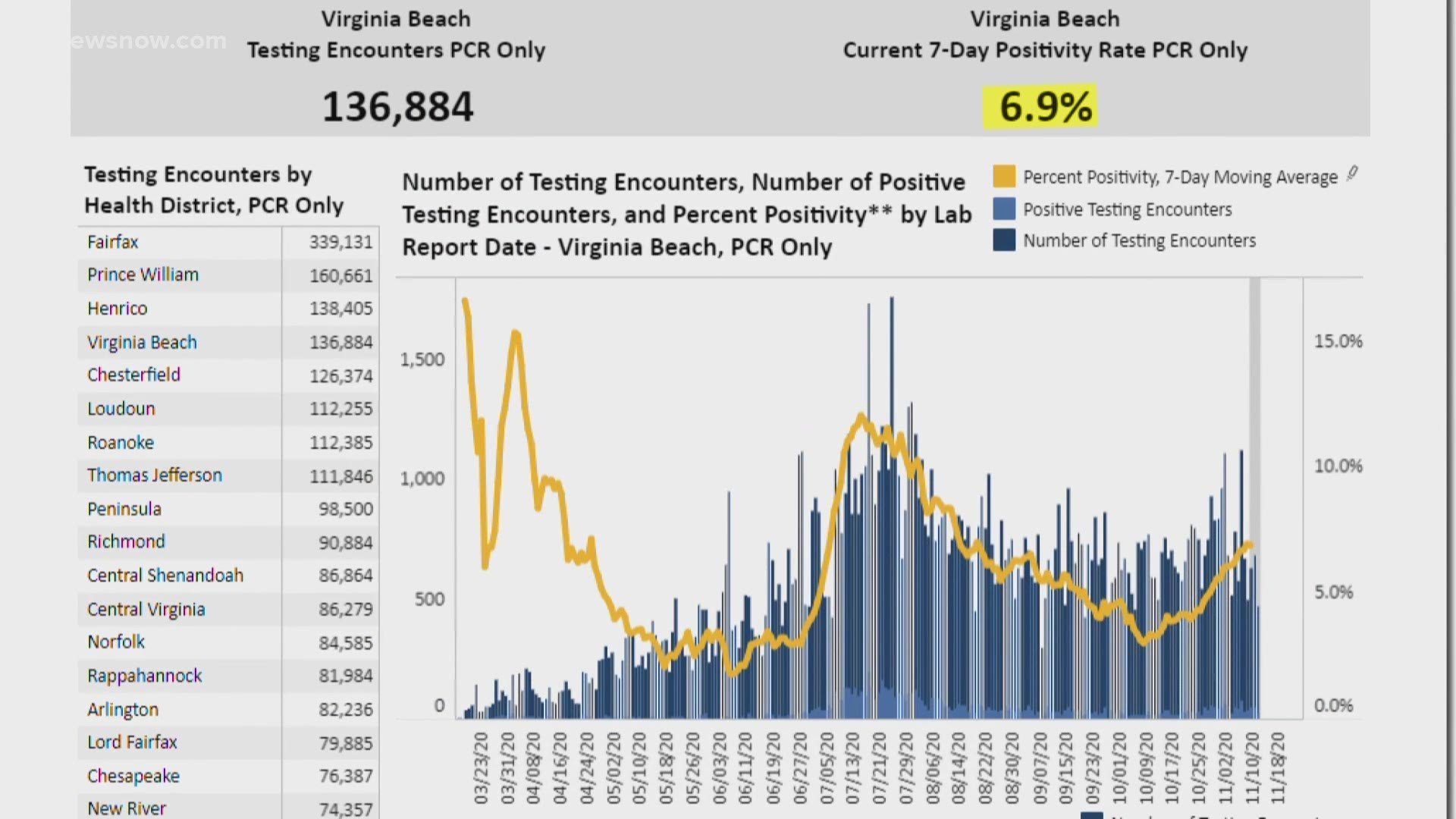 Positivity rates show how the virus is being spread, with higher rates indicating more community transmission.

The Chesapeake positivity rate is currently 7.5 percent, after doubling in the past three weeks.

In Virginia Beach, the positivity rate is 6.9 percent. It was just 3 percent in early October and has risen consistently since then.

“It’s alarming because we were predicting this to happen and we’re getting into the season where we’ll have more opportunities for disease transmission with family gatherings," said Paul Brummund, COO for the Virginia Beach Department of Public Health. "Everybody is predicting that after Thanksgiving we’re going to see even higher numbers."

Colder weather and the holidays are concerns for health officials.

“As we begin to congregate indoors with less airflow, we’re going to see the increase of risk," said Brian Martin, EVMS Director of the Master of Public Health program.

Both Brummund and Martin said wearing masks and social distancing are still the best line of defense.

“We’re tired of masking and physical distancing and the hand-washing routines and things like that, but remember these are our only strategies we have to use against the virus," Martin said.

New CDC data released this week shows wearing masks can reduce transmission of the virus by more than 70 percent, in some cases.