Gov. Ralph Northam attended the event to get tested for COVID-19 and address racial health disparities as well as the state's response to the outbreak. 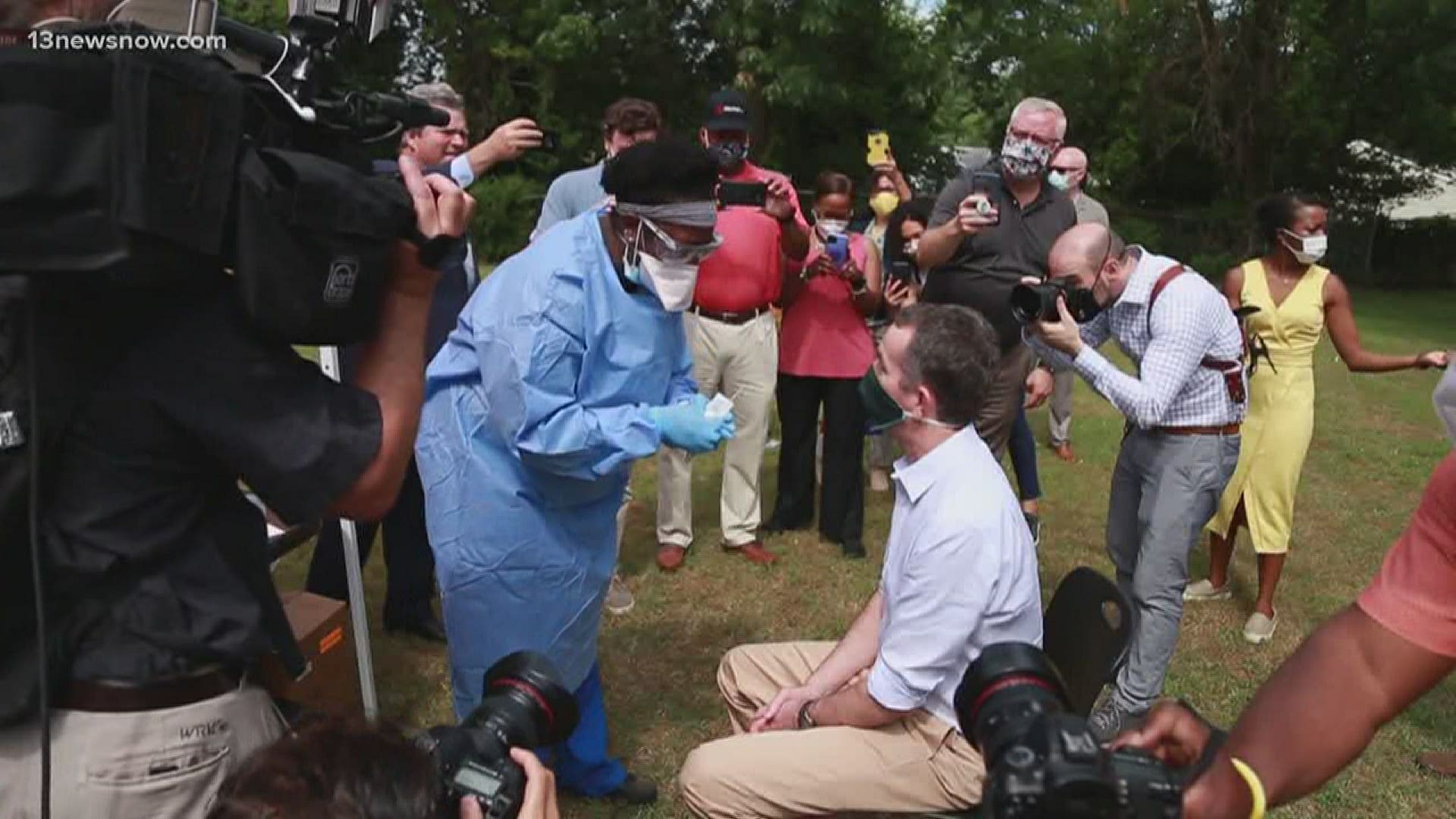 CHESAPEAKE, Va. — Even on a hot day in the spring, hundreds of people in the Geneva Square community lined up for free COVID-19 tests in Chesapeake.

Residents like Dora Bradley were eager to get tested at the event.

“I think it’s great because I probably wouldn’t have gotten it transportation-wise,” said Bradley.

Jessica Terrain, a healthcare worker, also got tested during the event. She said just days ago, she found out a family member had COVID-19.

“Basically to make sure I don’t have it because a lot of my patients are elderly and I don’t wanna give the virus to my patients,” said Terrain.

The event was a collaboration between the Urban League of Hampton Roads, The Virginia Office Of Diversity, Equity and Inclusion, Chesapeake Regional Healthcare, Chesapeake Health Department and community leaders.

They provided tests for up to 400 people in an underserved community in the city.

He got tested along with Congressman Bobby Scott. It was Northam’s second time getting tested and Scott’s first.

During the event, Northam addressed the gap between minority communities and access to healthcare.

“People of color are being affected disproportionately and that is because of the inequity,” said Northam.

“That’s because the access to healthcare has just not been there, so in addition to being out here today to test, this is a wake-up call for all of us.”

A recent CDC report found 33 percent of patients hospitalized for COVID-19 were black, compared to 18 percent in the community. The CDC’s website says there’s an overrepresentation of the black community among hospitalized patients.

Dorothy Freeman, a resident of Chesapeake said she chose to get tested in hopes of giving health officials better data when it comes to asymptomatic patients.

“I felt like, for those who aren’t showing symptoms, that would add value to the research so that we would know how we’re doing for the community,” said Freeman.

Northam said increased testing has been the key to reopening.

“The ability to go into Phase Two is because now we have the testing ability, we have the PPE, we have the hospital capacity, the ventilators, all the things that we need to move forward safely and responsibly,” said Northam.

The event provided testing to anyone, including asymptomatic patients on a first-come-first-served basis. Health officials said patients who got tested at the event will receive results within 48 hours.

RELATED: Find COVID-19 testing sites in Hampton Roads and across Virginia. All you need is a zip code.