The government's Operation Warp Speed set a goal to vaccinate 20 million Americans before the end of the year. 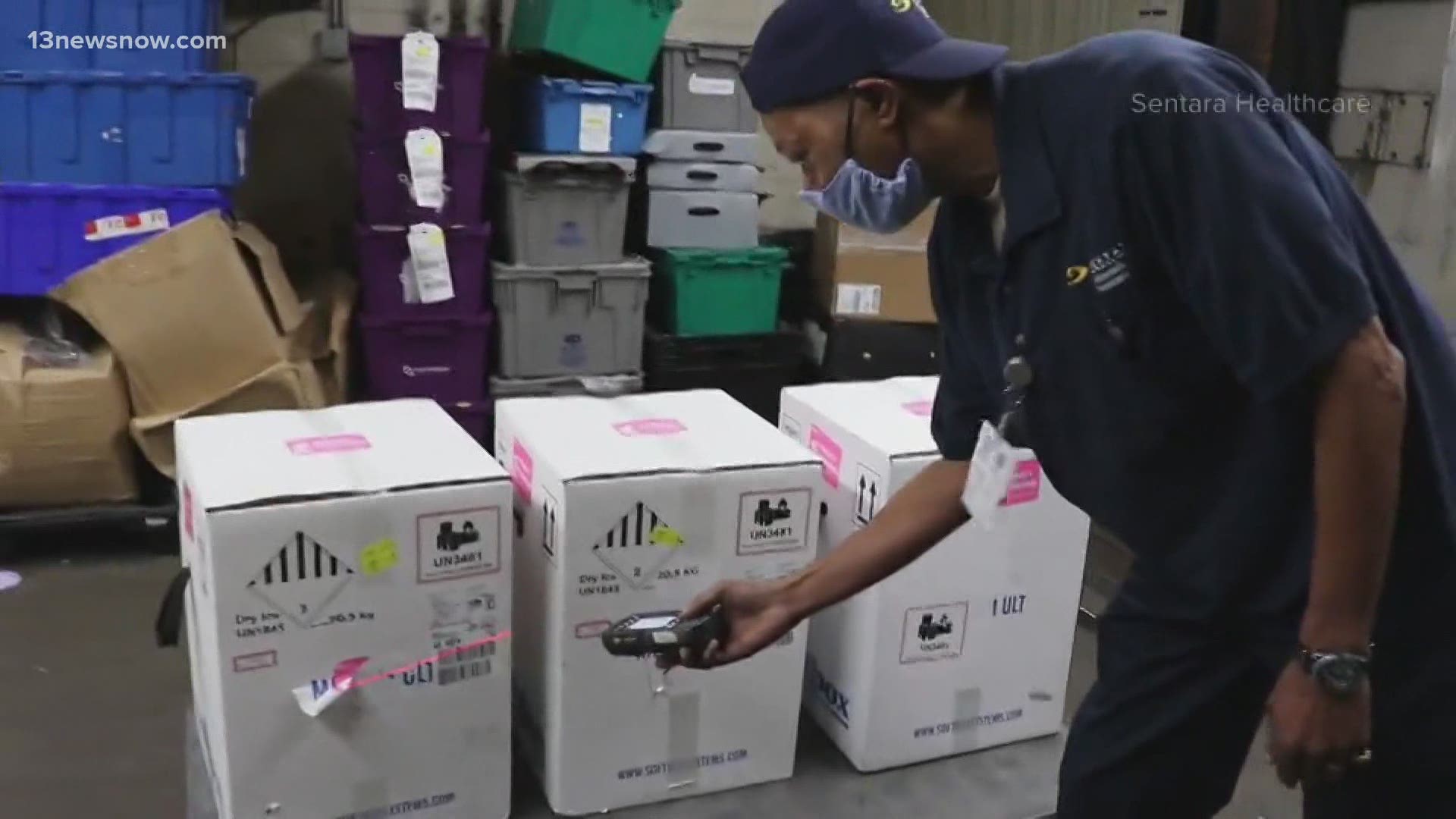 NORFOLK, Va. — The government’s Operation Warp Speed project had a big goal for the year: 20 million Americans vaccinated for the coronavirus before 2021.

So far, with just days until the New Year, the Centers for Disease Control said just under two million Americans have been vaccinated.

Julian Walker of the Virginia Hospital and Healthcare Association said there are a few reasons the country's vaccine rollout isn't going as fast as the government would like.

“As federal officials have said, this is a brand new program," Walker said. “This is a major undertaking. It involves the federal government, state government, healthcare providers, and it also involves a whole range of logistical considerations.”

In addition to logistics surrounding the transportation and storage of the ultra-cold vaccines, Virginia is receiving 100,000 fewer doses than expected, this month.

“It was supposed to be 480,000 doses and we got notified a week or so ago, it was actually going to be 370,000 doses,” Walker said. “So I would say all of those factors are contributing to the pace of the rollout. But, I would say, overall, things are still going positive even though there have been some challenges to overcome along the way.”

“When we got our Pfizer vaccines, we received [enough for] a third of our workforce," Morin said. “Moderna has helped tremendously. Moderna allows us to vaccinate all of our 33,000 staff members.”

Morin said she's pleased with her team's vaccination efforts. She said Sentara is meeting its targets and using the vaccine doses as they arrive at the healthcare facility.

Riverside Health System has also said it didn't have enough vaccine doses for frontline workers in the initial shipment.

About 41,000 people have been vaccinated so far in Virginia.

“Certainly, I think, at the federal level, they’re leaning optimistically," she said. “We will use every dose that we get in the most efficient and optimal way possible.”

Forlano said, like Morin and Walker, she is pleased with how things are going so far, considering the size and complexity of the operation.

“I think one of the measures of success right now, we’re definitely focused on getting vaccines into arms in human beings in these priority groups but also learning along the way about how we can make clinics more efficient," Forlano said. "How we can get messaging out there to make sure healthcare workers and others know how to get vaccines.”