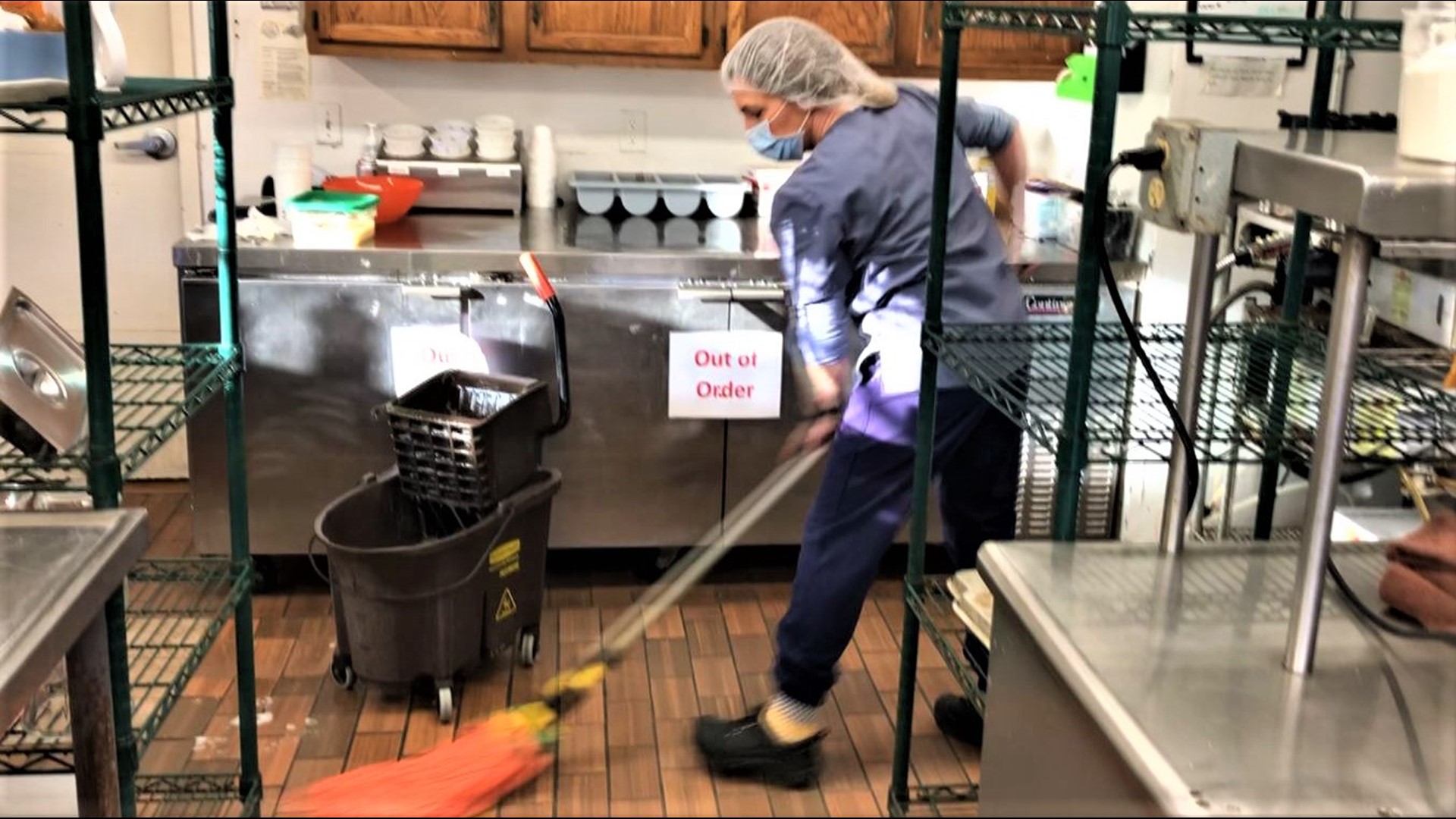 STILLWATER, Minn. — In a year when nursing home windows have been as close as many people could come to parents and grandparents, Lisa Racine punched her ticket to see her dad inside.

“I was shocked, really. I was kind of dumbfounded,” Harold Racine, Lisa’s dad, says of the moment his daughter walked into his nursing home room.

Last fall, Lisa, a fulltime project manager for a printing company, had a brainstorm.

As luck would have it, Good Samaritan Society - Stillwater was hiring.

Since December, Lisa has been mopping floors and scraping plates in the nursing home kitchen.

“It's quite glamorous,” she laughs.

No glamor, but Lisa’s part-time job on evenings and weekends opened the doors to also see her dad.

“That's priceless,” she says. “I can't believe they pay me for this.”

Rene says nursing homes have struggled to fill positions the past few months due to concerns about COVID-19.

“Having her reach out and wanting to come to work was an absolute godsend for us,” the administrator says,

Harold goes a step further, calling his daughter’s arrival at his nursing home, “one of the happiest days of my life.”

RELATED: Enough COVID vaccine for every US adult by end of May, Biden says

“The trials and tribulations of raising that many children, in the end it certainly paid off,” Harold says. “I’m getting my rewards back, tenfold.”

His daughter considers the kitchen work a privilege.

“I could take a yoga class or do a happy hour, but I'd rather come and mop the floor and clean dishes so I can see my dad,” Lisa says.

Last month, Lisa's second job allowed her to get her first COVID shot alongside her dad.

Yet, Lisa says she plans to hold onto her kitchen job, at least on an on-call basis.

“It makes me feel like I’m doing something good for other people,” she says.