Doctors at Oxford University said a commonly-used steroid drug known as dexamethasone reduced the death rate by a third for patients on ventilators. 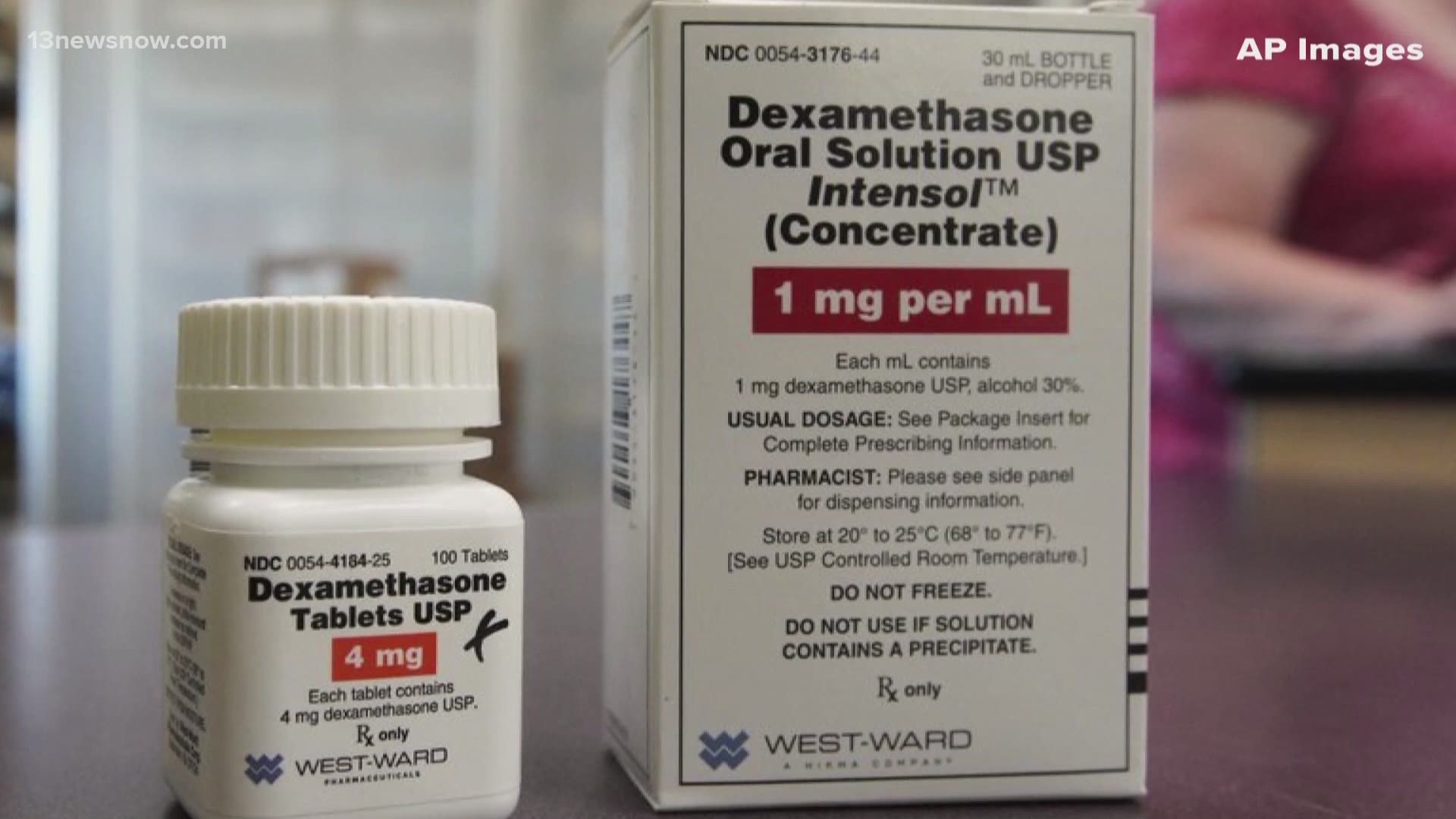 NORFOLK, Va. — There’s a breakthrough in the fight against the coronavirus pandemic.

Doctors in the United Kingdom’s Oxford University said they have the first drug that improves survival rates among the sickest COVID-19 patients.

“This the first treatment that has been shown to be statistically significant, and I think that this is real,” said Oldfield.

The drug, dexamethasone, is a commonly-used steroid. The anti-inflammatory medication is already widely available throughout the U.S. and across Hampton Roads.

Dexamethasone reduced the risk of death by a third for COVID-19 patients on ventilators. It also reduced death rates among patients on oxygen by 20 percent.

“What is really going wrong here with COVID-19 is not the virus,” said Oldfield.

“By the time people really get sick, the virus is gone, it’s the cytokine storm where your body overreacts and it’s your body that’s causing the problem. So this [drug] is tamping down that storm.”

Oldfield said his team of doctors at Sentara Norfolk General Hospital is using a different steroid drug, methylprednisolone on patients with COVID-19.

They’ve found the steroid helps the lungs fight the illness and has increased the survival rate at the hospital.

Oldfield said the dexamethasone and other steroid medication are the best options available at this point.

“I think that this is what we’ll use until we have a vaccine, but we have a long way to go,” said Oldfield.

“Dexamethasone only decreased the chance of dying by 20 percent for people on oxygen. I’d like to see one that decreases it by 99 percent. So, what we really need is a good antiviral agent in combination with this anti-inflammatory agent.”

While the new finding is promising, Oldfield said there’s still a long road ahead.