Online classes, winter weather, and trying to stay safe has lowered physical activity in children significantly, according to the American Academy of Pediatrics. 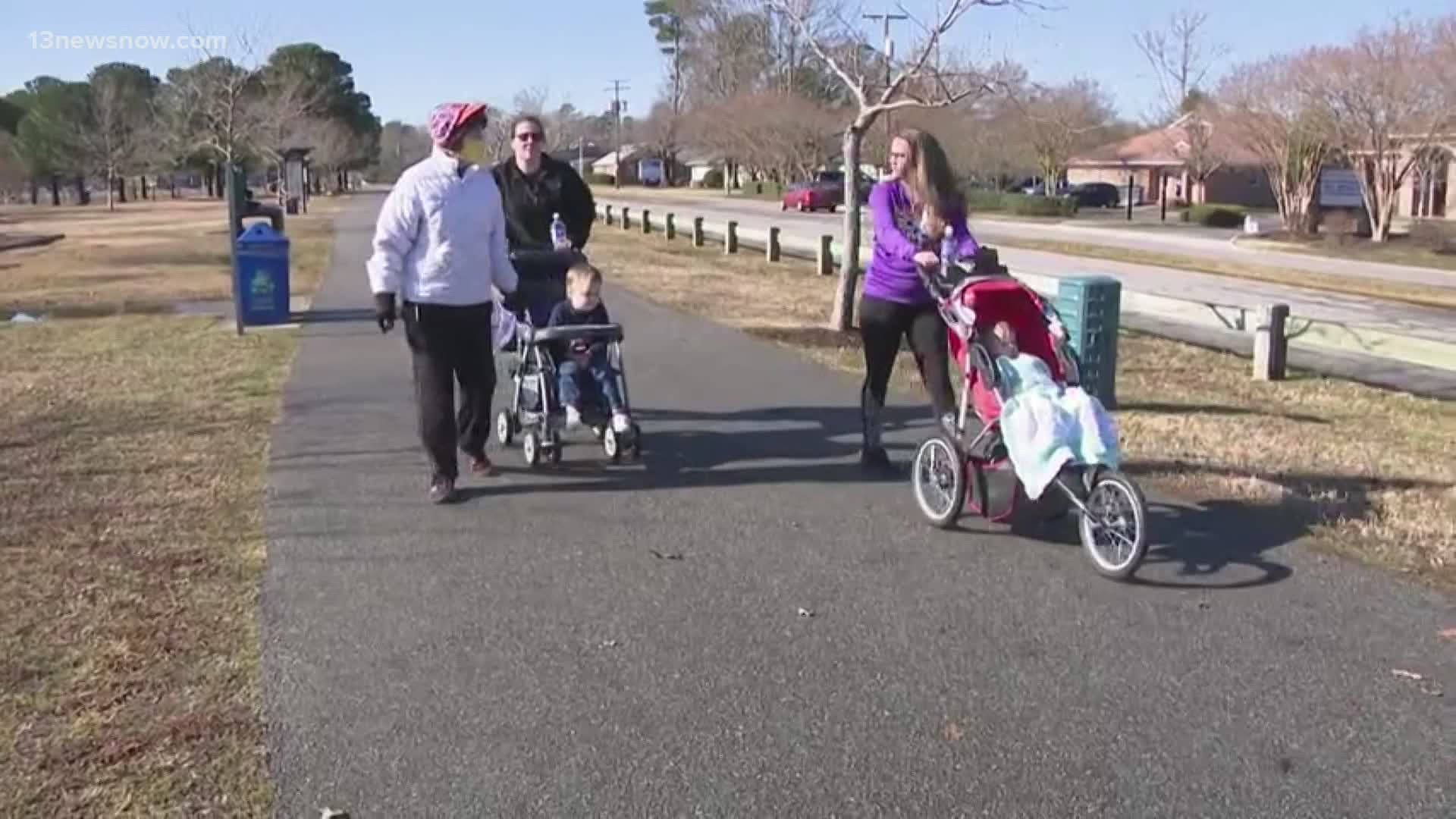 VIRGINIA BEACH, Va. — Young families took advantage of the sunshine Tuesday at Mount Trashmore Park to get their kids outside and moving more.

The American Academy of Pediatrics says it is seeing a significant drop in physical activity among kids during the pandemic. To help fix this problem, the organization is recommending parents make sure their children get at least an hour of exercise a day.

Virginia Beach mother of four, Allie Cox, brought her one-year-old son, William to the park on Tuesday. It was actually part of her latest Facebook group called "Walk and Talk" to get people and their kids outside with physical activity.

"Being cooped up all day isn't fun for anyone," said Cox. "Just kind of hoping to get some exercise."

She says her children had online classes for months and they struggled with hardly any outdoor fun. She says it's been tough trying to get them to focus on their homework when they haven't had the opportunity to let out any energy.

"I mean last week when I got home, it was 60-something degrees outside and I told them you're not going inside to play PlayStation. You're going outside to play. You guys need to get out the door," Cox explained.

The American Academy of Pediatrics says it's not just low mobility, but also an increase in sleep and screen time.

Allie's friend, Amber Smith, joined the group with her four-year-old son who she says has been getting creative just to get some physical activity.

"He has gone to even climbing up on his bunk bed and jumping off of it just to get his energy out," said Smith. "It's hard because it's been so cold and wet outside."

Both moms say it’s time to start focusing on getting their children outside.

The Academy of American Pediatrics also says to make sure you add a healthy snack on top of that daily exercise.