Northam said cases were trending in the wrong direction, especially in Southwestern Virginia, where percent positivity was about 9%. 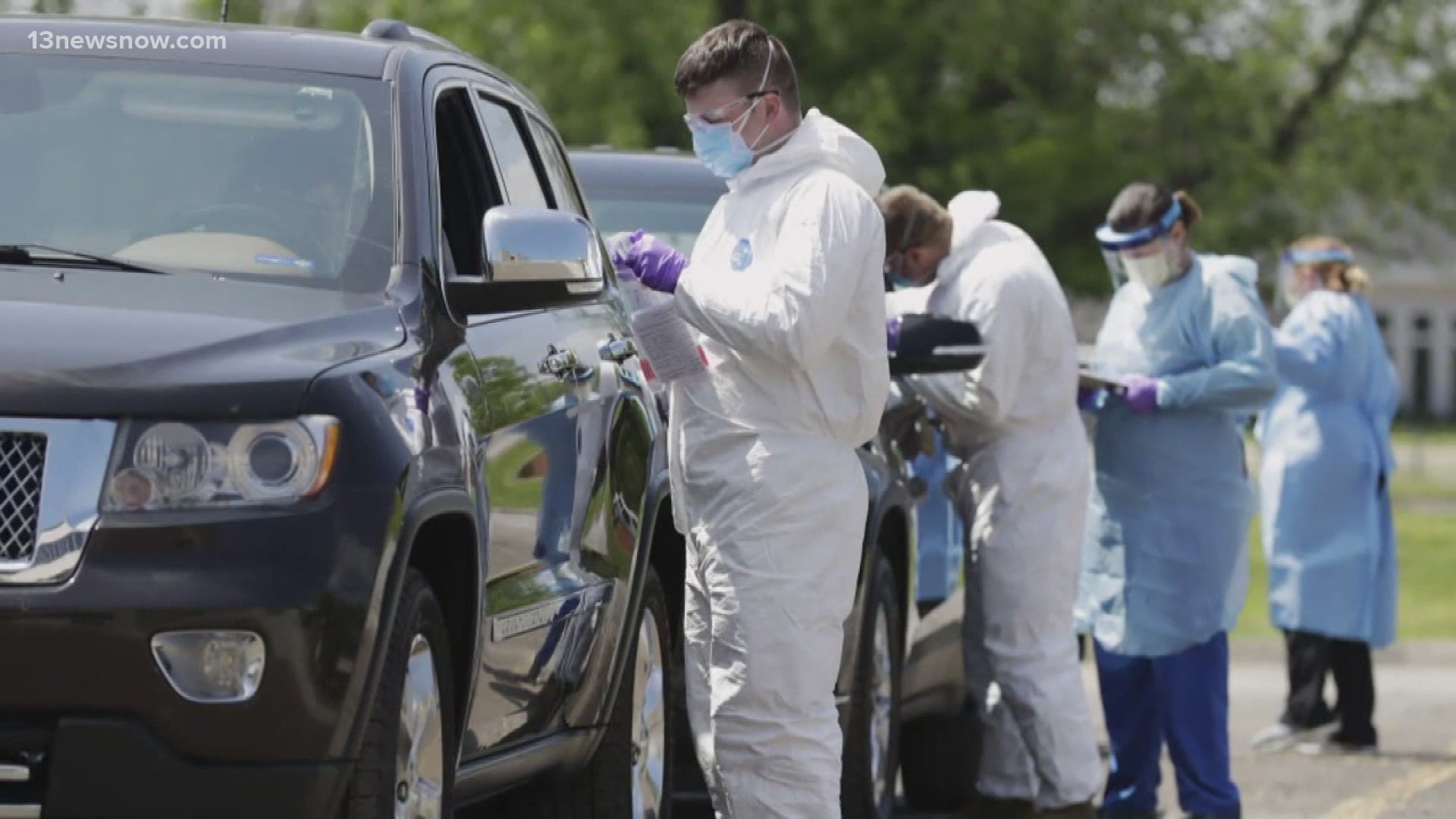 Northam said cases were trending in the wrong direction, especially in Southwestern Virginia, where percent positivity was about 9 percent. The rest of the state was slightly above 6 percent.

“I think this is the beginning of the second spike. What happens when it gets colder, people move indoors," Dr. Edward Oldfield with Eastern Virginia Medical Schools told 13News Now, over the spike in cases in the state.

Northam said cases have been rising for about a month. A few weeks ago, Virginia's positivity rate was about 5 percent.

The governor urged caution, especially due to the timing of the spike.

"We are one state - one Commonwealth - and no region is an island," Northam said. "We all need to step up our vigilance and our precautions, especially as we head towards the Thanksgiving holiday."

As the winter months lay ahead, Dr. Oldfield cautioned that colder temperatures make it easier for the coronavirus to transmit to others.

“It's going to be a serious issue. It’s on the verge of getting out of control. When you look at lower temperatures, they optimize airborne infections with the virus," Dr. Oldfield said. "Lower humidity in the winter makes the droplets... it dehydrates them. It makes them smaller, and airborne longer."

Northam urged people to consider having Thanksgiving dinners with smaller groups, possibly outdoors, and said it was important for people to wear masks when they were with others who didn't live in their homes.

"There's no genetic immunity that prevents you from giving this virus to your mother, your grandfather, or any other loved ones in the house with you," he said.

The governor said three testing facilities would be partnering with Virginia's "One Lab" network, which would help the commonwealth focus testing capacity in surge areas, outbreak investigations and congregate/nursing home requests.

He said it increase testing capacity by about 7,000 new swabs per day by the end of the year.

The state is also distributing about 200,000 antigen tests and 52,000 rapid BinaxNOW COVID-19 tests to groups in need around the state.

Join me live for the latest updates on #COVID19 in Virginia. WATCH HERE: https://t.co/7MRhv3fnqK