Starting at midnight on July 31, no alcohol can be sold or consumed at businesses after 10 p.m. Public and private gatherings of 50 people or more are banned. 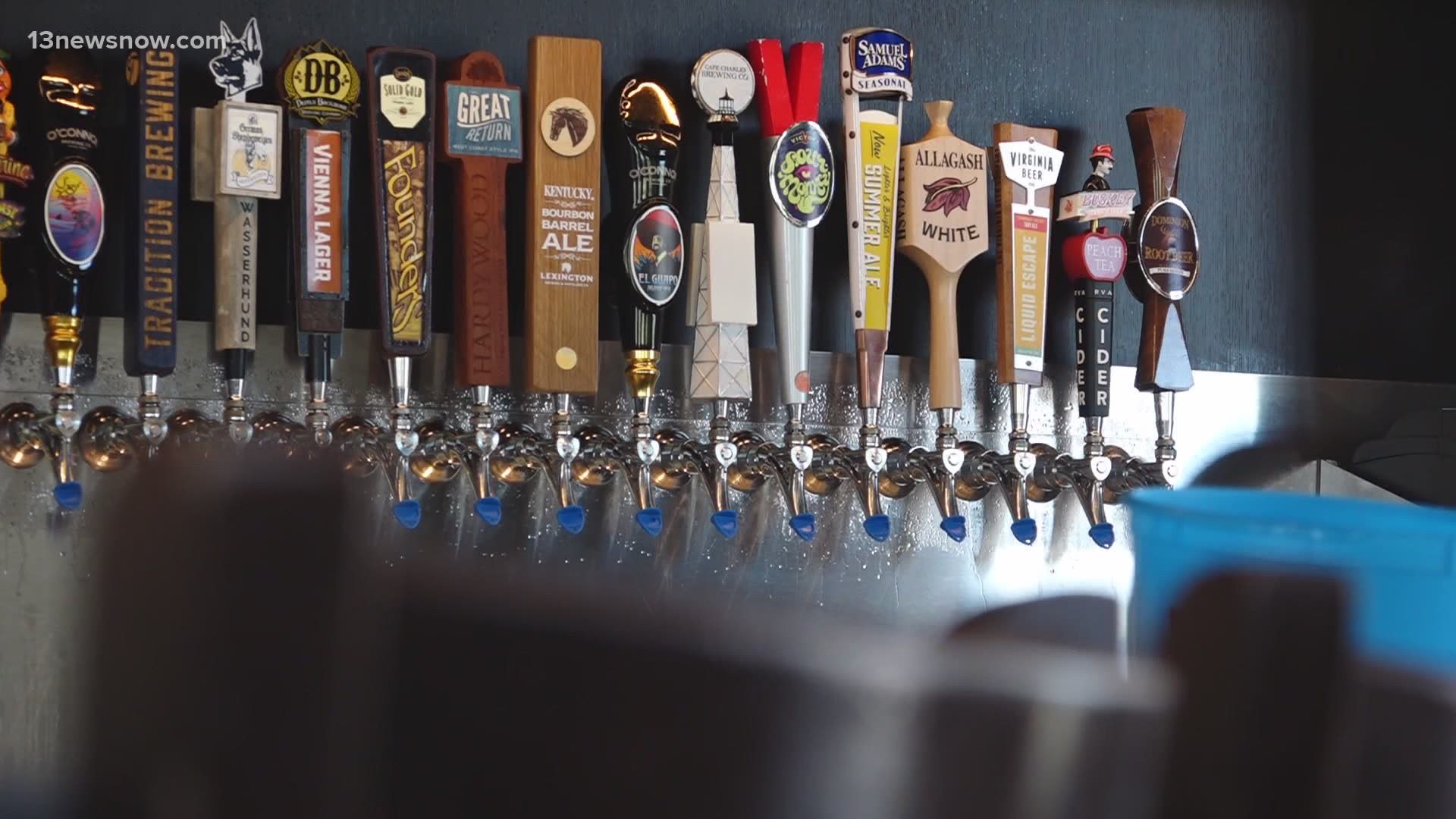 In Tuesday's press briefing, Northam pointed to the staggering rise in COVID-19 cases in the region as the reason for imposing more health and safety regulations.

The governor has been in touch with health district directors around the Commonwealth who report that more people of younger ages are testing positive and increased socialization is contributing to the spread of the virus.

Starting at 12 a.m. Friday, July 31, an executive and public health emergency order will go into effect for Hampton Roads.

Under that order, no alcohol can be sold or consumed at different businesses and establishments after 10 p.m. All restaurants must close by midnight, which effectively closes bars.

Indoor dining at local restaurants will be limited to 50% capacity. That goes for food courts, breweries, wineries and distilleries.

Public and private social gatherings of 50 people and more will also be prohibited.

Northam reports that test positivity rates in Chesapeake, Norfolk, Suffolk, Portsmouth and Hampton range between 9.9% and 18.6%.

Northam already ordered more stringent enforcement of coronavirus health regulations in Virginia due to the rise in coronavirus cases.