Hampton Roads coronavirus cases are climbing, but people are recovering too

"Just because it hasn't hit close to home for you, doesn't mean it's not reality." 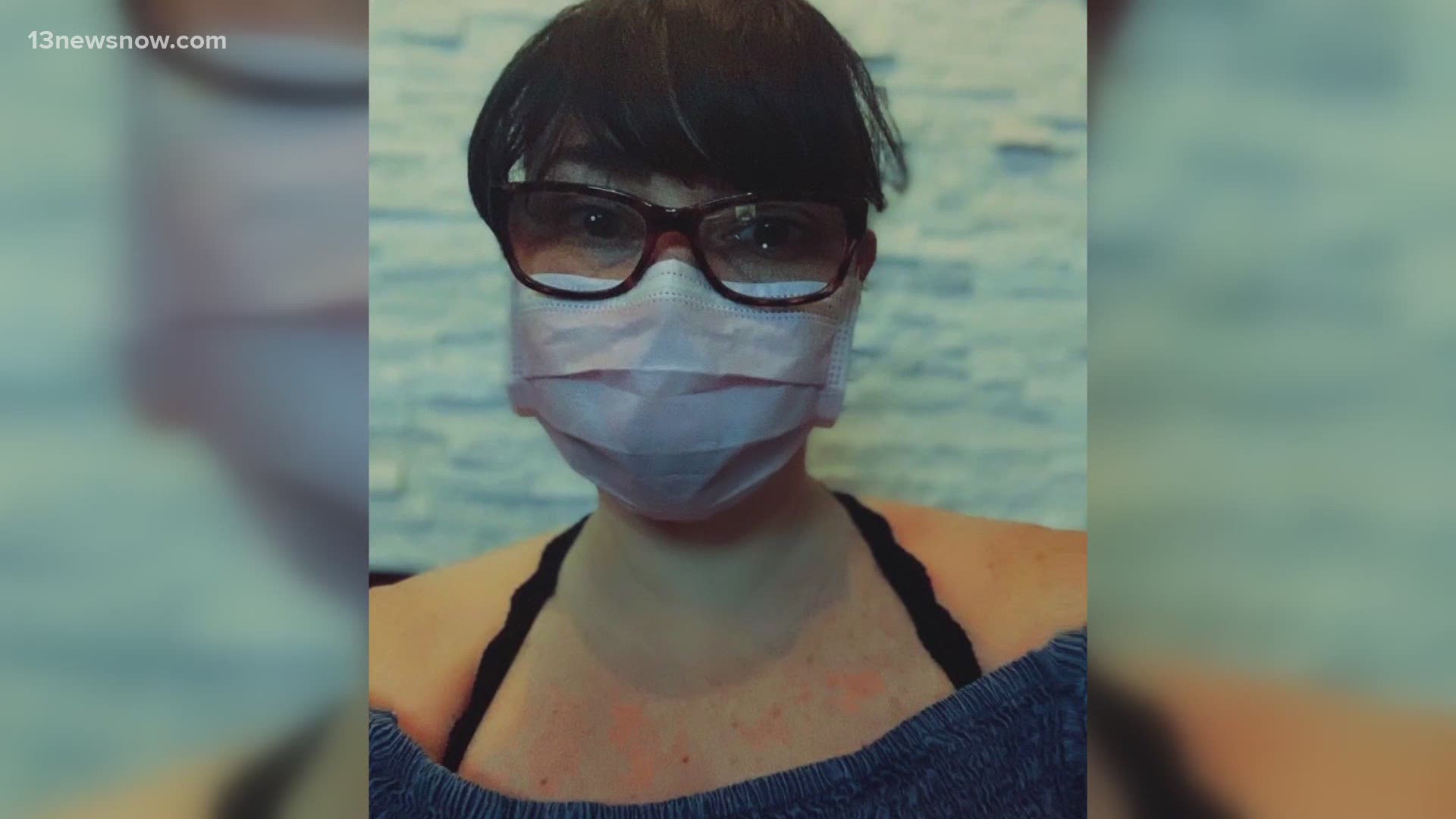 NORFOLK, Va. — It’s been four months since Virginia first shut down due to the coronavirus pandemic. Cases are on the rise across the state and in Hampton Roads, but 13News Now heard from people in our community who beat it.

Eva Goldberg believes a stop at the Oceanfront two weeks ago landed her in quarantine, after months of essential-only trips.

“I was wearing my mask, my daughter was wearing her mask,” Goldberg said. There was a lady and two others with her in line behind me who were not wearing masks.”

Goldberg said the shoppers got too close for comfort in line.

"I turned to her and said, 'Excuse me I’m immunocompromised. Would you mind giving me some space please?'” Goldberg said.

The Norfolk woman said she tested positive for COVID-19 last Monday. She said she had aches and was lethargic but considers her case mild.

"I feel completely recovered,” Goldberg said. “Like I can't even tell it happened at this point."

The road to recovery was different for Hampton resident Melissa Callahan.

"By May 9 we got our results and said we were positive,” Callahan said. “But, by May 9 I couldn't even get out of bed."

Callahan, like Goldberg, said she followed safety guidelines. She said she and her husband had to attend a funeral in New York, where they believe they got the virus.

She went to work virus-free by the end of May.

"Anyone that knows me knows we were doing everything right,” Callahan said.

Tony Ochat’s battle is more than a memory.

“It isn't just a sickness that came and went,” said his girlfriend Tara Wilson. “It's still affecting him today."

Ochat, 32, tested positive back in June. He lives in Chesapeake.

"It was really sharp to breathe, felt like I was breathing glass,” Ochat said.

He said his sense of taste and smell are off, and a cough still lingers.

"I was doing social distancing and things like that,” Ochat said. “I thought I was doing enough to keep me away from it."

All three are under the age of 45 and advocate for wearing masks and being courteous to fellow community members.

"Just because it hasn't hit close to home for you, doesn't mean it's not reality,” Goldberg said.

Goldberg promises to be more outspoken about masks and needing her space.

“People thinking this is taking away their freedom, somebody took my freedom,” Goldberg said. “Somebody had me in bed for a week."

RELATED: Why is wearing a mask such a controversial issue?