If you don't wear a mask inside public places in Virginia, here's what could (but may not) happen.

Gov. Ralph Northam said people have to wear face coverings inside most public places. We asked what enforcing that looks like. 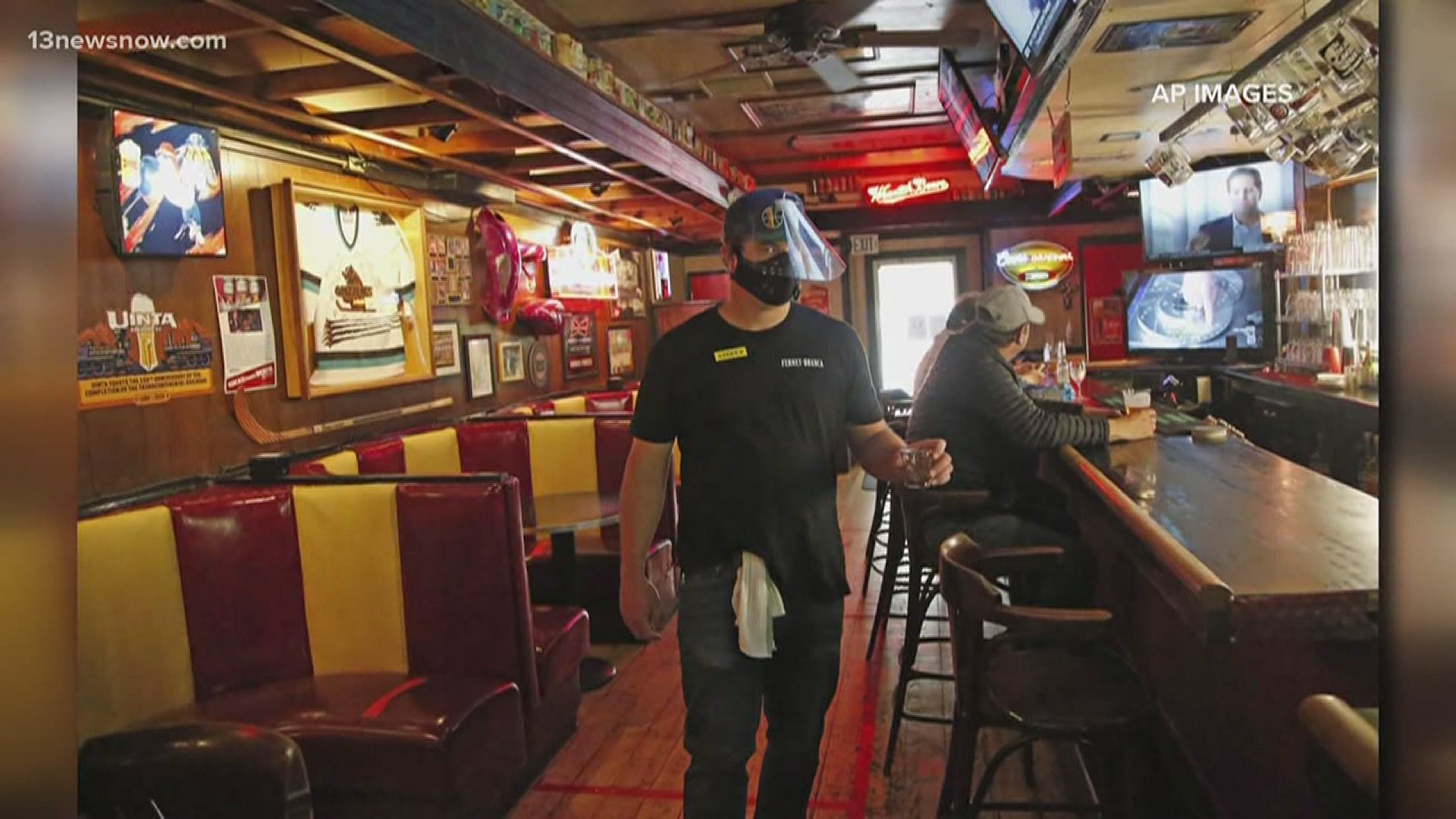 RICHMOND, Va. — Many questions surfaced after Gov. Ralph Northam's announcement Tuesday that all Virginians had to wear masks inside public settings beginning on May 29.

A lot of those questions had to do with enforcement. Northam said police officers and sheriff's deputies wouldn't be handling it. Public health officials would be the ones taking care of enforcement.

So, what happens if you don't comply with the executive order Northam issued on Tuesday?

13News Now reached out to the governor's office for answers:

While this is an imperfect enforcement mechanism, the Governor does not have the option to himself impose a civil penalty or fine. And as he noted yesterday, he does not want to put anyone in jail over this. We hope and expect Virginians will work together to comply with these important guidelines — and we have an enforcement mechanism in place should egregious violations occur."

The executive order requires all state citizens to wear a face mask or face covering while inside public places like grocery stores, restaurants, city buildings, public transportation, and anywhere else where people can congregate.

Children 10 years old and older also have to follow the order. Northam did encourage the use of face coverings for children ages three and older, as well.

RELATED: Businesses can require you to wear a mask or refuse to serve you, it's their right!

RELATED: A face mask requirement does not violate your constitutional rights