"There are not enough beds, not enough oxygen. There is not even enough firewood to do cremations." 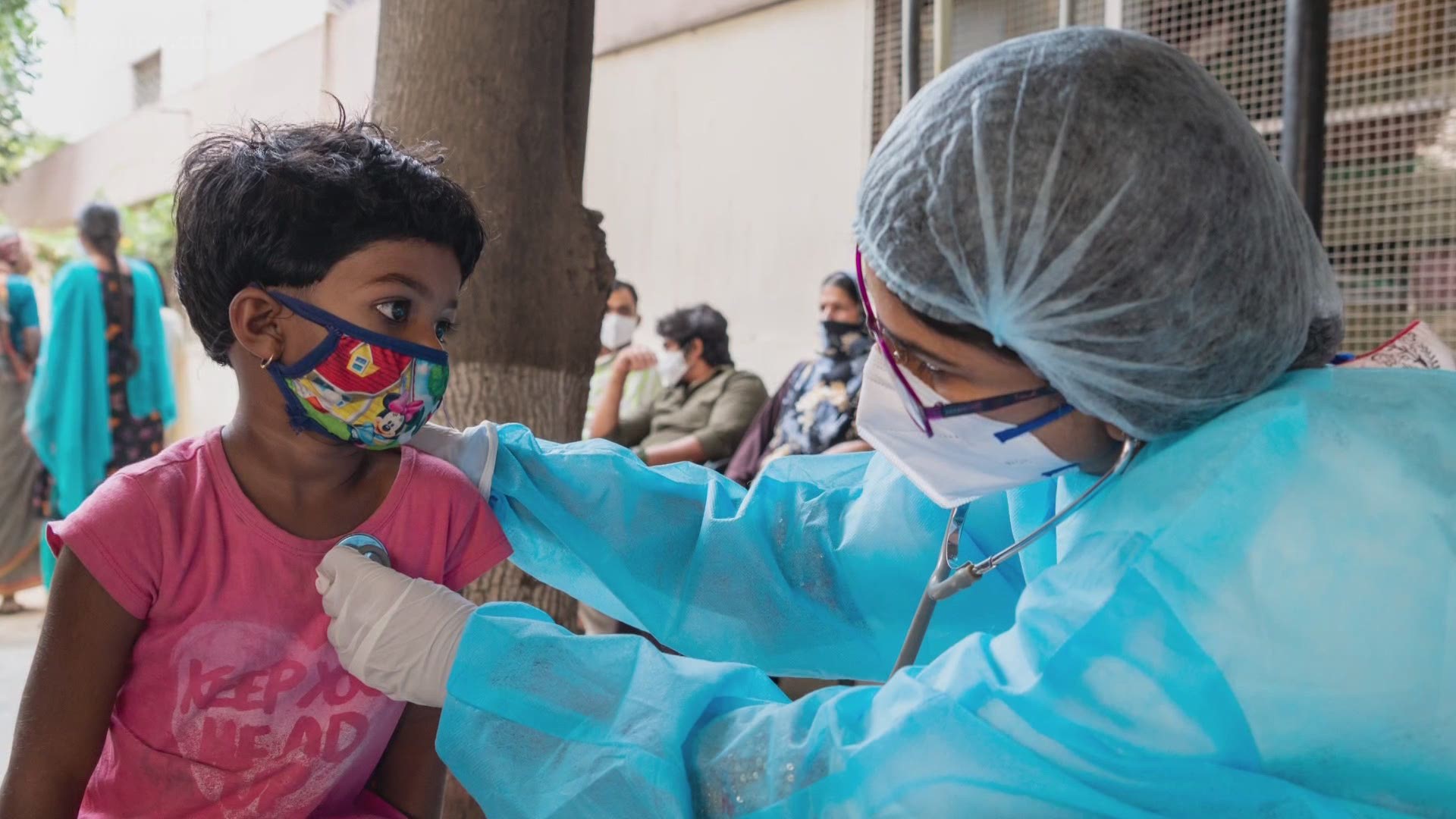 VIRGINIA BEACH, Va. — Starting Tuesday, the United States will restrict travel from India! A surge in cases is devastating the country right now. Their dense population and lack of resources have made fighting the infection nearly impossible.

The U.S. is sending $100 million worth of supplies and vaccines.

“My parents are there,” Dr. Sheth said. “And actually, my mom has COVID right now. Luckily, she is vaccinated.”

He leads the Hampton Roads Association of American Physicians of Indian Origin, one of many groups across the 757 hurrying to help.

"We would like to do as much more than we can even actually afford to do here locally," said Dr. Sudershan Gupta.

Dr. Gupta, part of the Peninsula Indian Cultural Association, has family there too.

“Some have even perished in this recent surge,” Dr. Gupta said.

Right now, India is in dire need of any medical supplies.

“The words that they use is, 'India is on fire,'” said Dignity Freedom Network Executive Director Jacque Cork.

“There are not enough beds, not enough oxygen,” Cork said. “There is not even enough firewood to do cremations.”

She said India is packed with 1.3 billion people.

“The fear is the numbers could be as much as six times higher than the reported figures that we are seeing,” Cork said.

DFN is already distributing PPE and hand sanitizer, as well as holding virtual health visits, thanks to recent donations.

“We have teams all over the country, so we are able to mobilize them really quickly and get donations to the place where they are absolutely urgently needed,” Cork said.

COVID infections are spiraling out of control in India. The White House is working to send supplies, but there are a lot of ways to help stop the spread from Hampton Roads. Find out how at 11 #13newsnow #IndiaCovidCrisis pic.twitter.com/EXZ7yzbkcd

Even from 7,500 miles away, Dr. Gupta said India’s surge in cases could easily impact Hampton Roads.

“It’s on us to find sources and tools to kill this virus anywhere in the world at this time, not just locally,” Dr. Gupta said. “I think that is the best way that we can win this war.”

Each organization hopes to send as much relief as possible in the coming days.

“It’s not safe until everybody is safe,” Dr. Sheth said.

There are a lot of ways to help stop the spread in India.

You can donate with the following links: