A CDC report Friday said more than 4,900 workers at meat and poultry processing facilities have been diagnosed with COVID-19, including 20 who died. 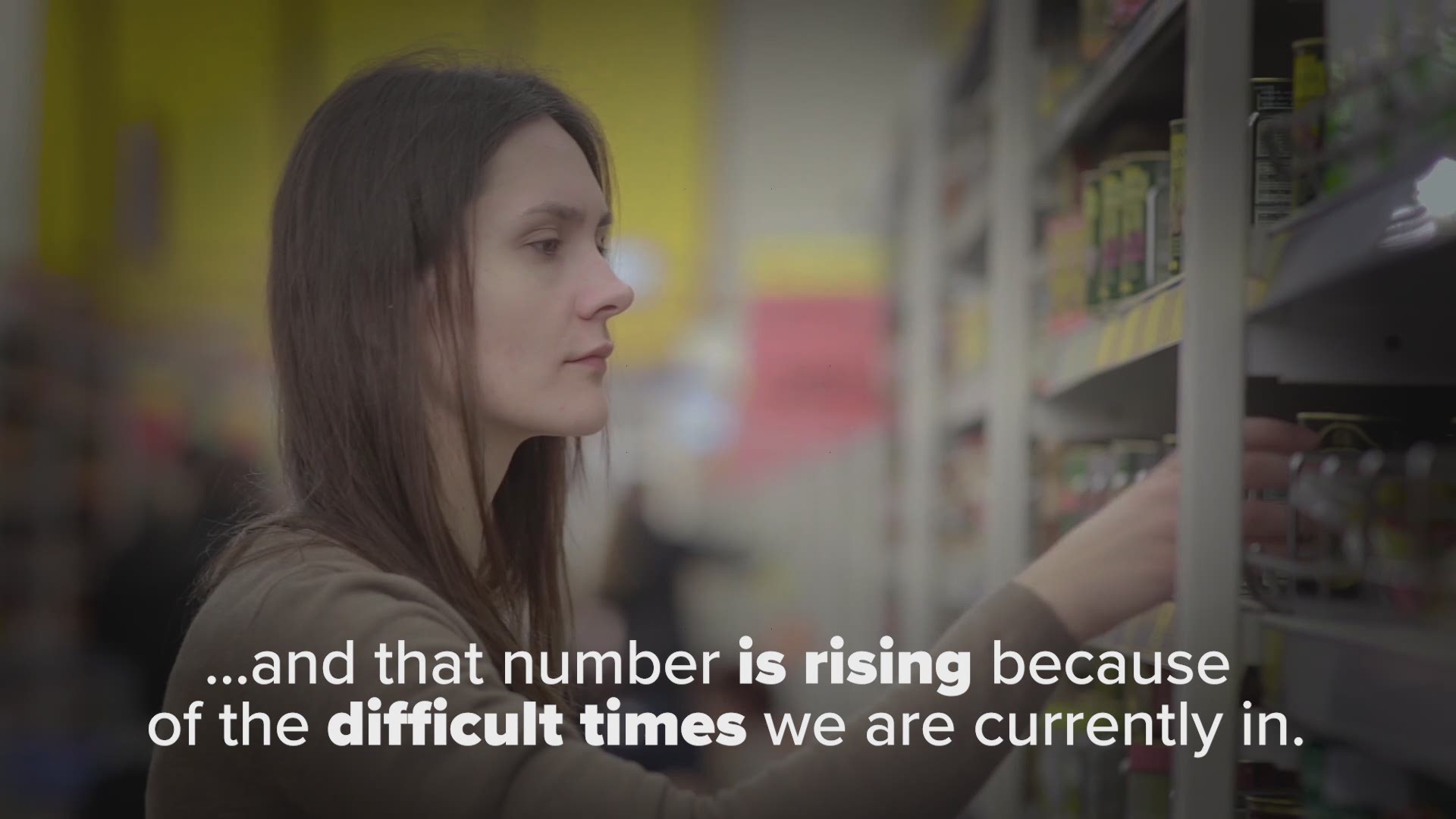 SIOUX FALLS, South Dakota — A South Dakota pork processing plant took its first steps toward reopening Monday after being shuttered for over two weeks because of a coronavirus outbreak that infected more than 800 employees.

Employees reporting for work in Smithfield Foods' ground pork department filed through a tent where they were screened for fever and other signs of COVID-19. Some said they felt the measures Smithfield has taken would protect them from another virus outbreak, while others were not confident that infections could be halted in a crowded plant.

Lydia Toby said she was “kind of worried” as she entered the plant before 6 a.m. for her first shift in over two weeks. Managers met employees in her department Friday and explained they had installed dividers on the production line and would require everyone to wear masks.

Credit: AP
FILE - In this April 9, 2020 file photo employees and family members protest outside a Smithfield Foods processing plant in Sioux Falls, S.D. The plant has had an outbreak of coronavirus cases according to Gov. Kristi Noem. (AP Photo/Stephen Groves File)

Democratic presidential candidate Joe Biden on Monday called meatpacking plants — along with nursing homes — “the most dangerous places there are right now." He called for greater protections for meatpacking workers, as well as a $13-an-hour pay premium.

“They designate them as essential workers and then treat them as disposable,” Biden said, on a conference call about protecting essential workers, such as meatpacking workers, that was organized by the League of United Latin American Citizens.

Virginia-based Smithfield is offering COVID-19 testing to all employees and their family members, according to a text message sent to employees. The message told employees to report to a local high school to be tested. Gov. Kristi Noem said employees aren't required to undergo tests before returning to work, though it's strongly encouraged. Noem's health commissioner, Kim Malsam-Rysdon, said it was Smithfield's decision to make the tests optional.

About 250 employees were told to report to work on Monday, according to the union that represents them. The plant employs about 3,700 workers and produces roughly 5% of the nation's pork.

Salaheldin Ahmed, who works in a department that has not yet reopened, said he was called in by plant management to look at changes.

“They fixed a lot of things,” he said, describing how workers would be spread apart where possible.

RELATED: VERIFY: Here's the basics of the food supply chain amidst COVID-19

A Centers for Disease Control and Prevention report Friday said more than 4,900 workers at meat and poultry processing facilities have been diagnosed with the coronavirus, including 20 who died. Not all states provided data.

The CDC researchers cited risks including difficulties with physical distancing and hygiene, and crowded living and transportation conditions. They suggested enhanced disinfection and that workers get regular screening for the virus, more space from co-workers and training materials in their native languages. Many meatpacking employees are immigrants; a CDC report on the Smithfield outbreak found that employees there spoke about 40 different languages.

The United Food and Commercial Workers union, which represents most beef and pork workers and about one-third of poultry workers nationwide, has called for stricter measures than the CDC's, including mandating that workers be spaced 6 feet apart on production lines. It has appealed to governors for help enforcing worker safety rules. The union also wants to get rid of waivers that allow some plants to operate at faster speeds.

As plants warily reopen or others operate at diminished capacity with many workers staying home sick or in fear, it's unclear Trump's order will guarantee an unbroken supply of meat.

Zach Medhaug, a maintenance employee at Tyson's pork plant in Waterloo, Iowa, said he will feel comfortable returning to work when the plant reopens, even as he fears that one of his closest colleagues may soon die from the coronavirus.

Jose Ayala, 44, is in critical condition on a ventilator at the University of Iowa Hospitals and Clinics after catching the virus a month ago. Medhaug has been calling Ayala, who is medically paralyzed but may still be able to hear, encouraging him to keep fighting.

Medhaug tested positive himself for the coronavirus on April 20. He said he had mild symptoms and expects to return to work later this week at the plant, which suspended production April 22. Medhaug said Tyson has made key safety changes, such as vowing to enforce rather than just encourage social distancing and providing employees with masks instead of telling them to bring their own.

“That’s a huge step,” he said. “The people returning, I see them having a better chance of not getting it at all.”