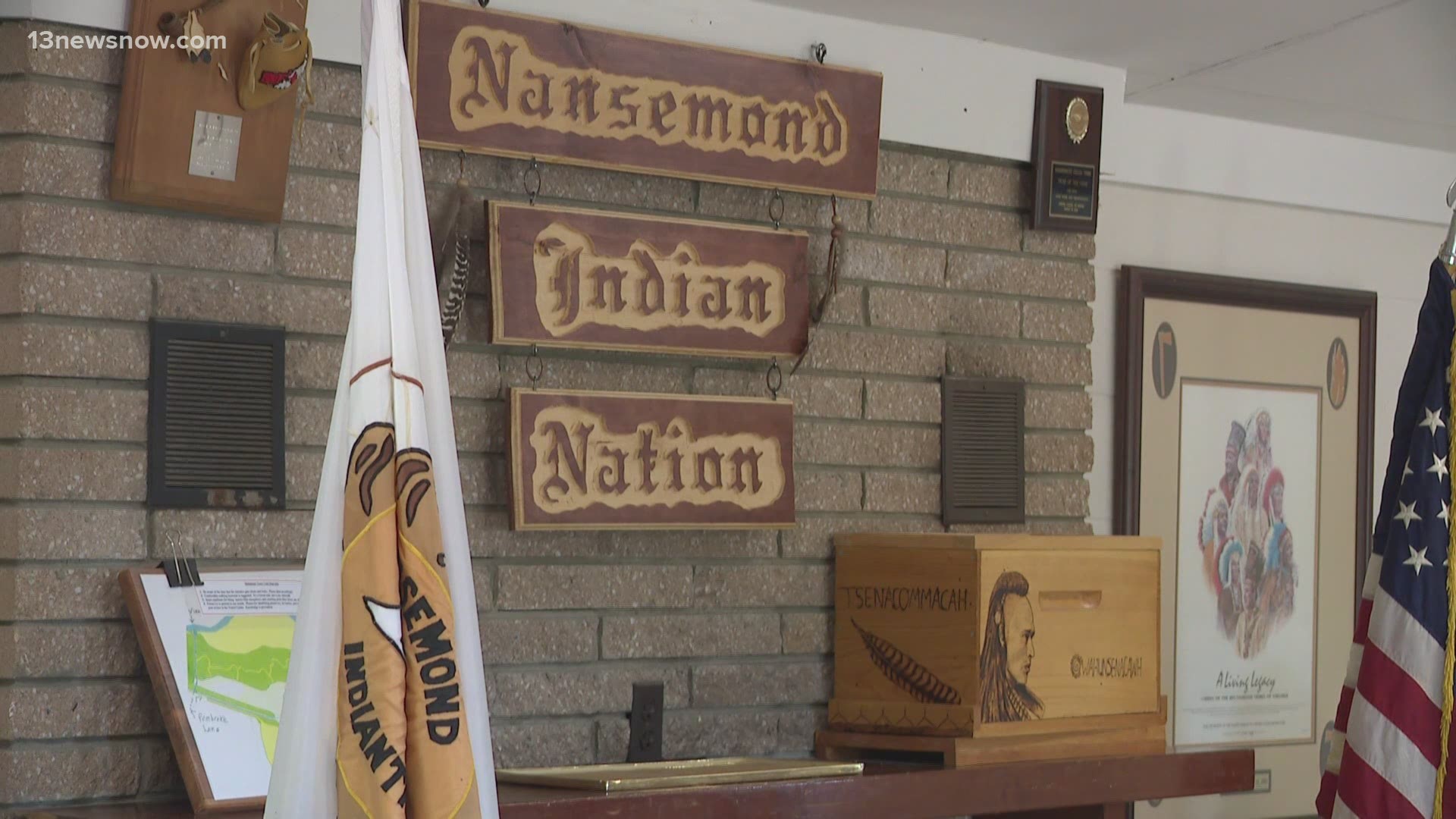 SUFFOLK, Va. — The coronavirus has proven to be far deadlier for Native Americans than for other groups.

According to one study, American Indians are dying at almost twice the rate of white citizens.

On Monday in Suffolk, leaders from the Nansemond Indian Nation discussed that issue with Virginia Senator Tim Kaine.

Chief Earl Bass said about 25 percent of his 407-member tribe have contracted COVID-19. The Chief also said a few members and spouses have died from the virus over the past year.

"We need vaccines," he said. " We've been working hard with the state health services to try and get vaccine for our members. So, that's our number one priority."

Kaine said he is concerned.

"They've had tribal members who've died because of COVID," he said. "So, there have been some significant challenges there."

In 2018, Kaine was successful in helping to get federal recognition for six Virginia tribes: the Chickahominy, Eastern Chickahominy, Upper Mattaponi, Rappahannock, Nansemond, and Monacan, through winning passage of the Thomasina E. Jordan Indian Tribes of Virginia Federal Recognition Act,

In 2015, the Pamunkey became the first in the state to receive federal recognition from the U.S. Bureau of Indian Affairs. The effort involved painstakingly assembling the documentation needed to meet seven standards set by the government, including extensive genealogical records showing that their current members descended from the historical tribe.

Kaine says the Nansemond Nation is eligible to receive around $6 million under the latest stimulus plan. Chief Bass said the money would go toward tribal infrastructures, such as a needed new community center.

He said it would also be helpful in replenishing funds spent over the last year on personal protective equipment (PPE), food, and doctor's appointments for members.

Bass said he is looking forward to telling the historical story of his tribe, and the federal recognition will help with that. So, too, he says, will winning historical designation status for the Nansemond tribe's ancestral lands in the Great Dismal Swamp.

"We always said we wanted federal recognition so that we can be a sovereign nation, to say that we're here, we've always been here, and we're not going anywhere," he said.