At least 4,009 people have been killed in the city by the virus, according to state officials. 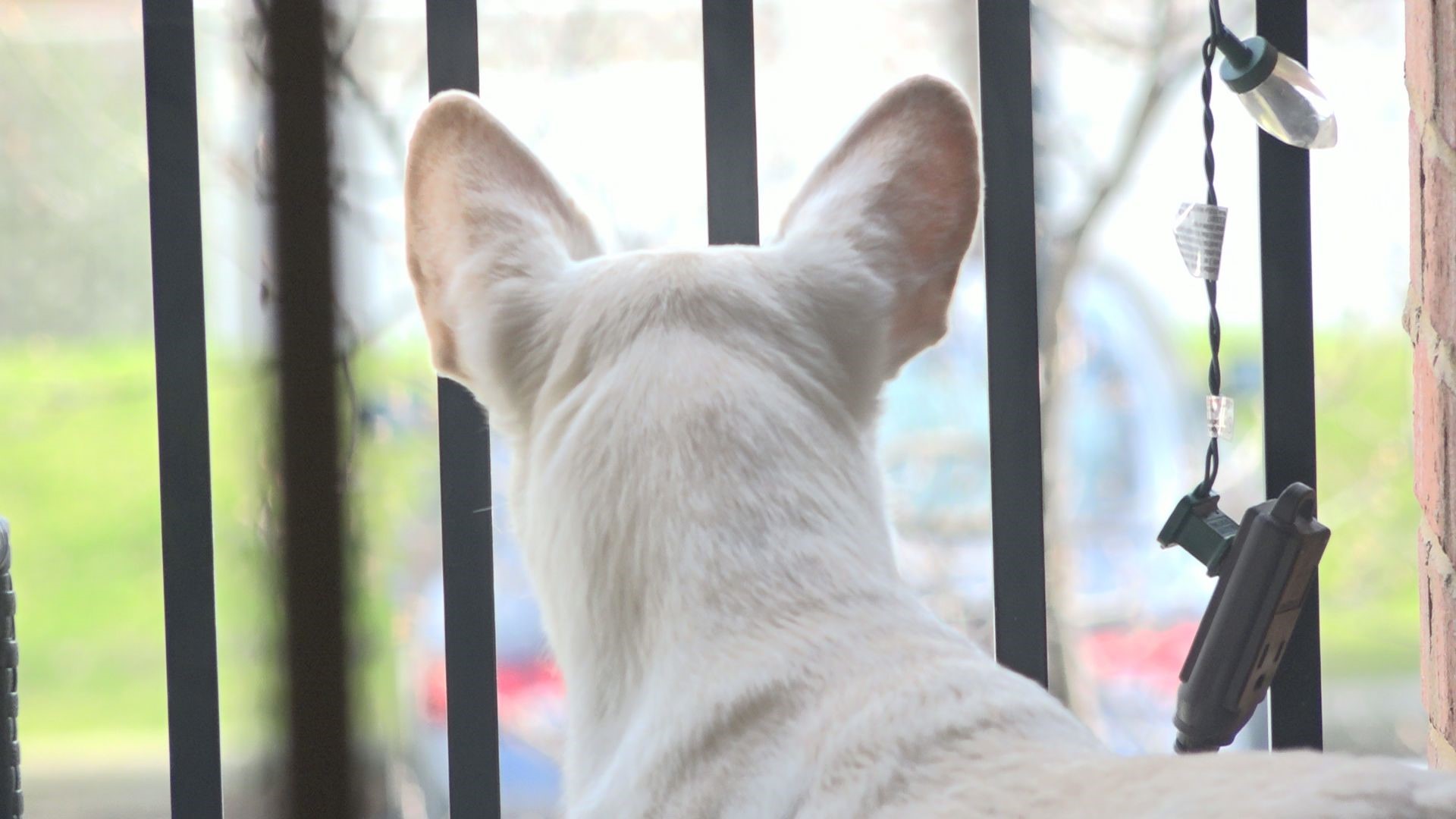 New York state reported 731 new COVID-19 deaths Tuesday, its biggest jump since the start of the outbreak, dampening some of the cautious optimism officials have expressed about efforts to stop the spread of the virus.

The alarming surge in deaths comes as new hospital admissions have dropped on average over several days, a possible harbinger of the outbreak finally leveling off. Cuomo said the death tally is a "lagging indicator" that reflects the loss of critically ill people hospitalized earlier.

"That's 731 people who we lost. Behind every one of those numbers is an individual. There's a family, there's a mother, there's a father, there's a sister, there's a brother. So a lot of pain again today for many New Yorkers," Cuomo said at a briefing at the state Capitol.

The state has been recording more than 500 deaths a day since late last week. The number of confirmed cases — which does not include infected people who have not been tested — is close to 139,000 statewide.

While Cuomo said New York could be reaching a "plateau" in hospitalizations, he warned that gains are dependent on people continuing to practice social distancing.

"This is a projection," he said. "It still depends on what we do, and what we do will affect those numbers."

Here are other coronavirus developments in New York:

More people have died from the coronavirus in New York City than perished in the Sept. 11 attack on the World Trade Center.

At least 4,000 people have been killed in the city by the virus, according to a new count released by state health officials.

The deadliest terror attack on U.S. soil killed 2,753 people in the city. Another 224 died when hijacked planes slammed into the Pentagon and a field near Shanksville, Pennsylvania, on Sept. 11, 2001.

The coronavirus death toll has mounted over the course of just a few weeks. The city recorded its first fatality on March 13, less than two weeks after confirming its first infection.

RELATED: VERIFY: No evidence to support Woody Harrelson's claim that 5G and COVID-19 are linked

A crew member of a Navy hospital ship sent to New York City for the coronavirus outbreak has tested positive for the disease.

The USNS Comfort crew member tested positive Monday and was being isolated, the Navy said in a prepared statement. The positive test will not affect the hospital ship's mission to receive patients, according to the Navy.

The Pentagon said the ship and a military medical hospital constructed inside a nearby Manhattan convention center now have a total of 110 patients — a negligible number in a city where regular hospitals are overwhelmed with thousands of sick people.

Officials said, though, that they would be able to ramp up quickly in the coming days. Maj. Gen. Bill Hall, commander of the Joint Task Force for civil support, said the Javits Center and the Comfort combined will have almost 200 intensive care beds.

Though the Comfort has 1,000 beds, Cuomo said the transition to handling coronavirus patients will reduce the ship's capacity to 500 beds.

For several days, state and city officials have been giving substantially different figures for the New York City death toll, with their counts sometimes hundreds of fatalities apart.

As of Tuesday morning, the city was reporting 3,202 deaths while state officials were reporting at least 4,009. A day earlier, the city's count was 837 deaths lower than the state count.

Asked about the discrepancy, state and city officials explained that they pull their numbers from different sources. The state figures come from reports submitted by health care facilities through an automated system. The city's figures come from the city's medical examiner and vital statistics reports.

The New York City Health Department said Tuesday that it would start reporting the state's figures soon on its website "to ensure that we are being as consistent and comprehensive as possible."

A cavernous cathedral that normally would be hosting prayer services in preparation for Easter may instead spend Holy Week being outfitted as a field hospital to help with the pandemic.

The Cathedral Church of St. John the Divine, seat of the Episcopal Diocese of New York, has partnered with Mount Sinai Health System and evangelical Christian organization Samaritan's Purse to provide emergency hospital space in its 600-foot-long sanctuary.

The Rev. Clifton Daniel III, dean of the cathedral, said in a news release that "cathedrals have long served as places of refuge and healing in times of plague and community crisis."

Logistical details and regulatory approvals were still being worked out Tuesday, according to spokeswomen for Samaritan's Purse and Mount Sinai.

"Our goal is to do all that we can to prepare for an upsurge in cases, but we continue to pray that the virus subsides so that this additional site is never needed," Samaritan's Purse spokeswoman Kaitlyn Lahm said.

The mayor said Monday that officials have explored the possibility of temporary burials on Hart Island, a strip of land in Long Island Sound that has long served as the city's potter's field. De Blasio told TV station NY1 that under such a contingency plan, bodies of COVID-19 victims would be buried individually so families could later reclaim them.

"There will never, ever be anything like mass graves or mass internment in New York City, ever," de Blasio said.

The city was forced to address the issue of temporary burials Monday after a lawmaker incorrectly tweeted that the city would use a park for that purpose.

The city's 2008 Pandemic Influenza Surge Plan states that Hart Island would be used as a temporary burial site in the event the death toll reaches the tens of thousands and if other storage, such as the refrigerator trucks parked outside hospitals, is full.

A PASS ON TESTS

The Education Department's decision was praised by teachers and school board members who said it would be wrong to penalize students locked out of schools statewide because of the pandemic.

Students who don't get passing grades on regular classwork by the end of the school year would have to attend summer school.