The Virginia Department of Health is bringing back a mass vaccination clinic to the Peninsula just as it did on the Southside. 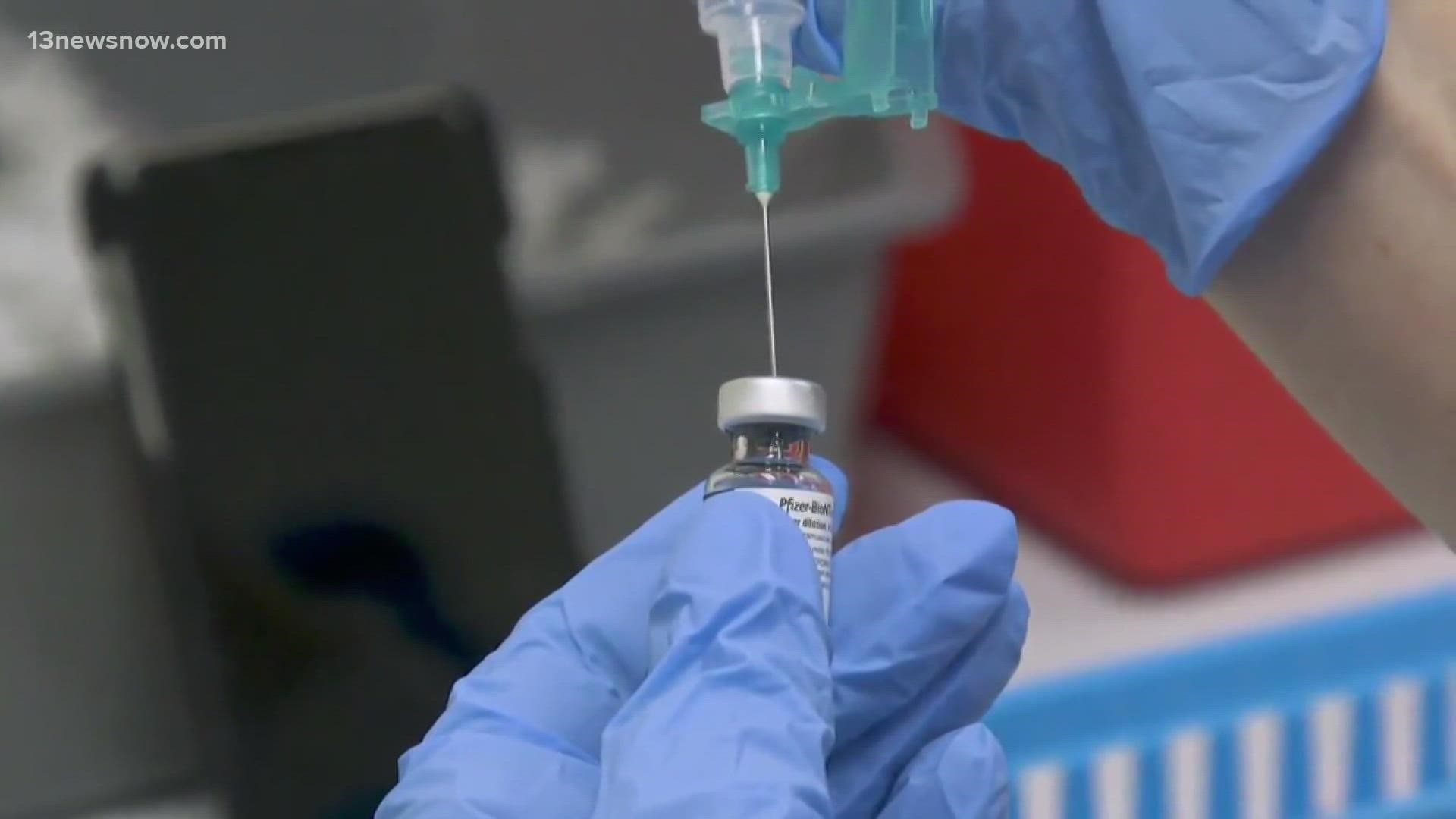 NEWPORT NEWS, Va. — The effort to get more people vaccinated against COVID-19 is getting another boost.

The Virginia Department of Health is bringing a mass vaccination clinic to Newport News, hoping to serve more people on the Peninsula.

“Whether you desire Pfizer, Moderna or the Johnson & Johnson, all of those will be available,” said Peninsula Health District spokeswoman Irene Ferrainolo.

“There will be nine in all by the end of the month,” Ferrainolo said.

Ferrainolo said the Virginia Department of Health is ready to roll if more boosters and vaccines for younger children get the green light.

“And as more and more companies mandate vaccination, that too may increase the boost,” Ferrainolo said.

She said they’ll have 500 doses on hand at the center, Monday through Saturday.

Dr. Jaberi said so far, a few hundred people stop by each day.

“As a whole, I think it has been strong, it’s been robust,” Jaberi said. “We had projected a lot more doses initially just so we don’t leave anyone out.”

First and second doses, as well as boosters, are available at each location. Ferrainolo hopes more people will line up.

“I received the email that had the dashboard for all the CVCs and most of them are operating about 25 to 40% of their capacity,” Ferrainolo said.

The Newport News CVC will open on October 19. It is located at 13785 Warwick Boulevard. It will operate Monday through Saturday from 10 a.m. until 8 p.m.