Arlington-based AHC Inc. recently announced to tenants that evictions and late fees would be waived for the rest of the year as the pandemic brings tough times.

ARLINGTON, Va. — An affordable housing development company brought relief for tenants by recently announcing that evictions and late fees would be waived for the remainder of the year.

Arlington-based AHC Inc. made the announcement in a letter to sent to thousands of residents and said rent would not be increased until at least January of next year.

The company added that rent itself would not be waived or forgiven and staff would "encourage" residents to continue paying on time.

Following the announcement, AHC Inc. spokeswoman Celia Slater spoke to WUSA about how the developers wanted to lend a helping hand.

"We feel strongly that this is a very tough time for people and it is the right thing to do," she said. "Many of our residents are front line workers. They’re the people who work in stores like 7-Eleven or drive buses. They’ve got a double strain of trying to keep themselves going with work or not working if they’ve been laid off.”

By not enforcing evictions, Slater said the company could help ease the tough times for families and other residents.

"We are not in the business of uprooting people. We’re trying hard to help people build stronger lives," she said. "If we started putting people out on the street, it would be horrendous.”

The announcement from AHC Inc. comes after weeks of protests in the DMV calling attention to affordable housing issues and eviction moratoriums. 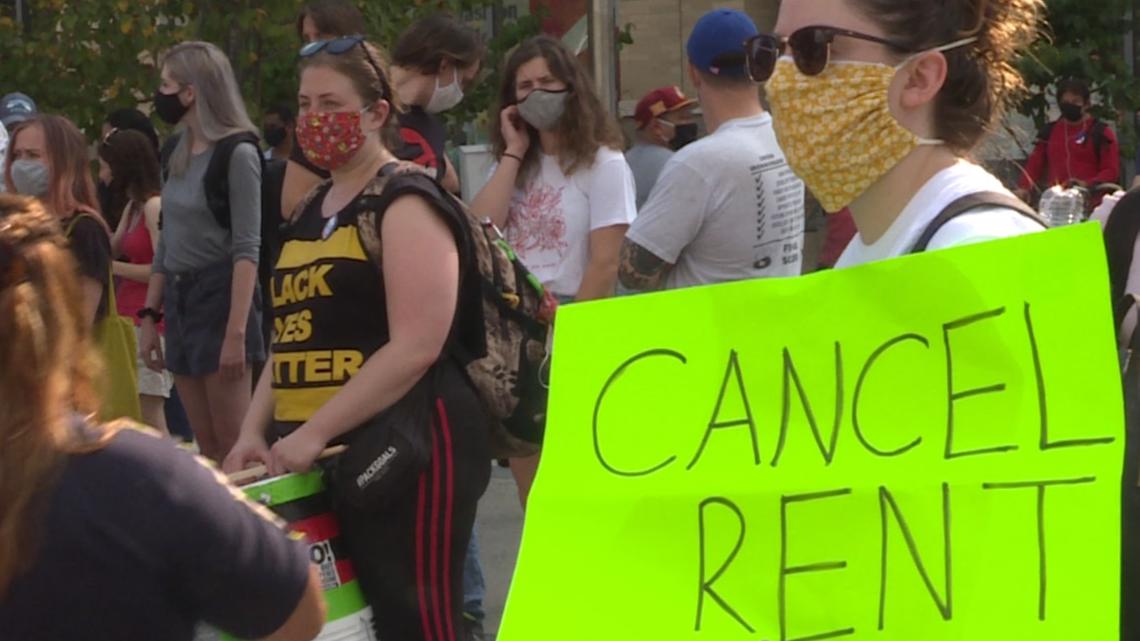 Rally to 'cancel rent' brings out crowd on Saturday in Columbia Heights
With bonus unemployment benefits possibly coming to an end later this month, people came out to a rally in D.C. on Saturday calling on leaders to cancel rent. WASHINGTON - Crowds of people gathered at Columbia Heights Civic Plaza on Saturday to continue to call on D.C.

D.C.'s Mayor Muriel Bowser announced in July that the public health emergency declaration allowing a moratorium on evictions would be extended until Oct. 9.

An eviction moratorium remains in place in Maryland for people directly impacted by the spread of coronavirus.

In Virginia, an eviction moratorium expired in late June. Since then, Gov. Ralph Northam has called on the Virginia Supreme Court to suspend evictions until Sept.7 to allow state leaders more time to provide potential relief.

Slater admitted that pausing late fees and rent increases would bring fewer dollars in for the affordable housing company. However, she said the benefits of helping others in need outweighed the risks.

"What we’re trying to do is help people who are on the front lines and keep them securely housed," she said. "Ultimately, that is a bigger help for the community than it would be putting people out on the street.”