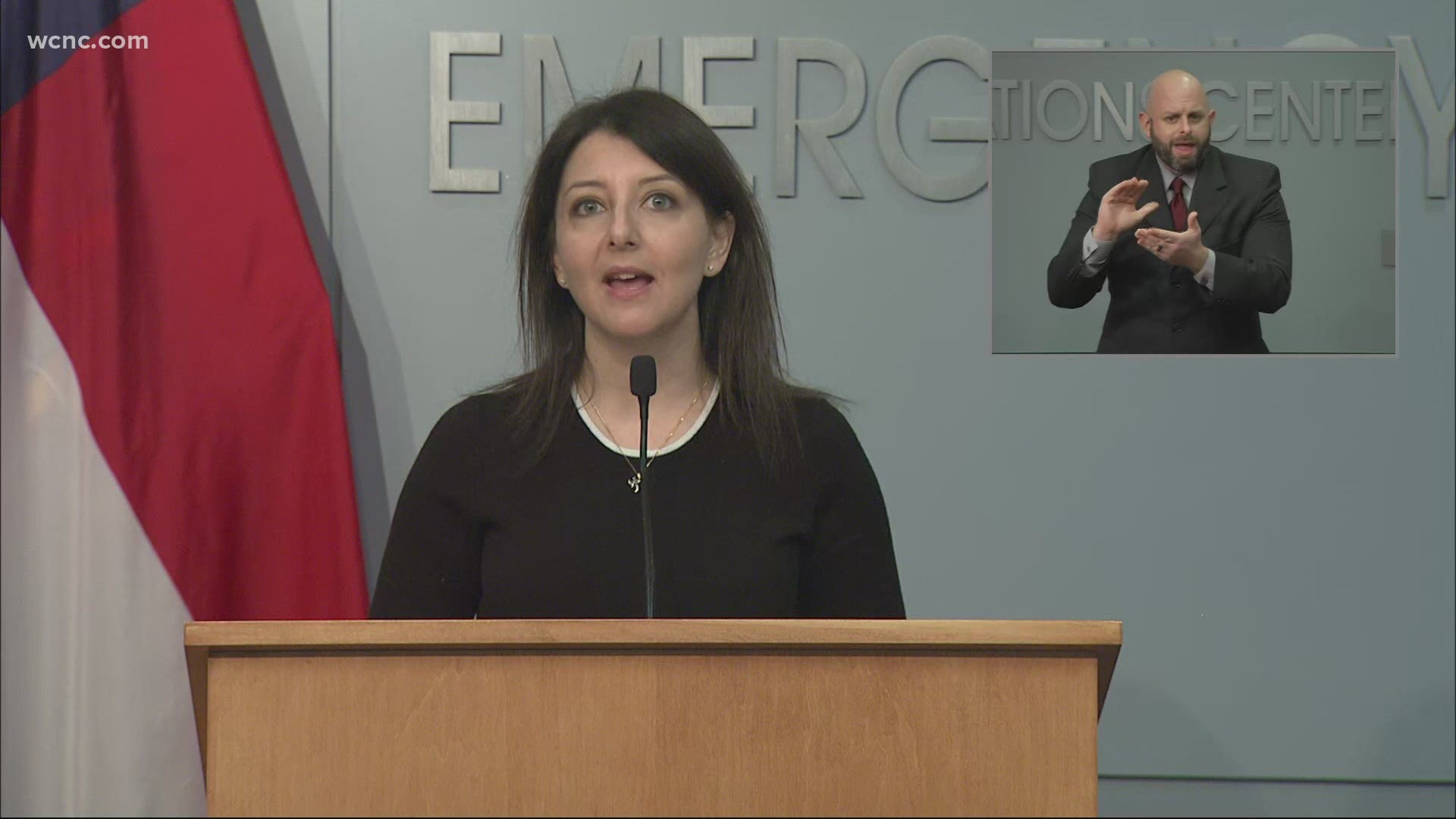 CHARLOTTE, N.C. — As of midnight Tuesday, North Carolina had administered 95 percent of its COVID-19 vaccine supply, and state Health and Human Services Secretary Dr. Mandy Cohen estimates it will be fully gone by the end of the day.

Cohen hopes the clearing of the backlog before the state is set to receive its next weekly shipment will demonstrate to the federal government that North Carolina is ready to raise the baseline on its vaccine allocations.

"I think we are making our strongest statement to the federal government that we can take on more vaccine and we need more vaccine," said Cohen.

The effort, however, required prioritization of mass vaccination events in the short-term, which resulted in some counties and other vaccine providers getting no or low allocations from the state this week.

One of those mass vaccinations will be at Bank of America Stadium this weekend. Atrium Health officials told WCNC Charlotte they hope to administer around 19,000 vaccines at the three-day clinic.

"This week is going to feel particularly tight," said Cohen, noting that the state plans to rebalance the allocation disparity in the coming weeks.

In the Charlotte region, some health departments and providers put a pause on new appointments due to low allocation from the state this week.

Lincoln and Stanly counties have stopped taking new appointments, and Mecklenburg County is booked through mid-February. Cleveland County is also booked solid through the week and Rowan County's 300 available appointments for Wednesday were booked within minutes.

“I wish the state would consider a set allotment, so we know at a minimum we'd be getting, say, 300 every week," Rowan County Health Director Nina Oliver said Monday. "But that’s not what’s going on right now. One week, we get 100; one week, we get 400."

Gaston County initially learned it would receive no new doses this week, but was able to secure 400 doses from Kintegra Health and health officials plan to move forward with a vaccine clinic this Friday at the Gastonia Farmer’s Market.

“We understand there has been a lot of concern about our local allocations and access to vaccines,” Gaston County Public Health Director Steve Eaton said. “We are encouraged by new information the state has shared with us this week that will allow us to better plan for future events and give us a set weekly allocation for the next 3 weeks.”

Charlotte Mayor Vi Lyles received her first dose of the vaccine Tuesday through Novant Health. Novant officials said they haven't canceled any appointments but are struggling with limited supplies of the vaccine. They remain in discussions with Charlotte-Mecklenburg Schools about developing vaccine clinics for underserved communities in Mecklenburg County.

Novant Health hasn't cancelled any vaccine appointments, but still is struggling with a low supply of vaccine. They were on a call with state officials to try and understand the through process behind how they distribute the supply. @wcnc

According to state data, North Carolina usually receives about 120,000 doses from the federal government weekly to allocate statewide. Meantime, demand for the vaccines rises with more adults becoming eligible for shots.

Going forward, the state plans to reserve 84,000 of those weekly doses for local vaccine providers. Those will be allocated based on the county population as well as capacity to administer shots. The rest of the supply will be used to rebalance disparities in prior distributions that resulted from the big push to clear the state's backlog.

RELATED: A look inside a North Carolina coronavirus field hospital