North Carolina to get 20K additional vaccine doses each week

This comes after the Biden Administration committed to boosting each state's supply. Gov. Cooper says it still won't be enough. 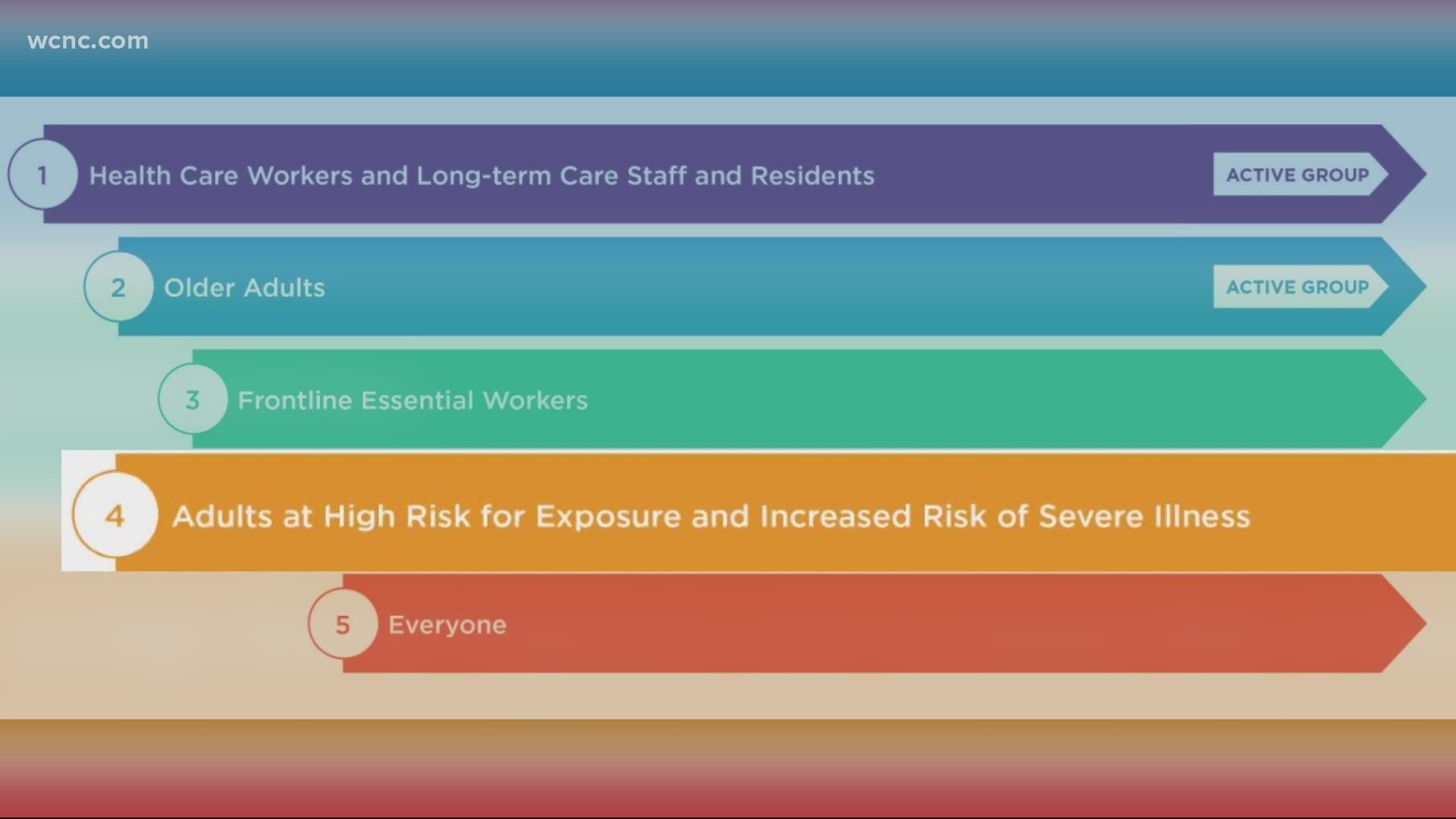 CHARLOTTE, N.C. — Tuesday, the Biden administration committed to increasing vaccine shipments to each state by 16% over the next three weeks.

That's welcome news to the millions of people who want to get vaccinated but can't get an appointment. Gov. Roy Cooper said the increase will certainly help but there still won't be enough doses for everyone in the state.

State officials said they'll be getting about 20,000 more doses of vaccine each week from the federal government. For some perspective, Atrium Health plans to vaccinate 19,000 people at Bank of America Stadium this weekend.

That supply still not enough to start vaccinating more groups.

“The biggest problem we face right now is that we have millions of people who need it but only thousands of shots,” Gov. Roy Cooper said.

It's the problem that's trickled down to local vaccine providers working around the clock to get shots in as many arms as possible and to the people who are eligible but still can't get an appointment.

“I know this is maddening and frustrating for many of you. Hundreds of thousands of you have had success in getting vaccinated but many more of you haven't been able to get appointments,” Cooper said.

There's a need for speed and a sign of progress. Vaccine providers in North Carolina have administered 99% of the first doses received from the federal government.

“Putting North Carolina in a strong position to advocate to the federal government for more vaccine as they become available," Health Secretary Dr. Mandy Cohen said.

Even with a small boost in the supply coming the next three weeks, it’s still not enough to move past groups 1 and 2, patient-facing health care workers and anyone over 65.

RELATED: Verify: Can you cross state and county lines in the Carolinas for a COVID-19 vaccine?

Dr. Cohen says they are expecting to get about 140,000 vaccines a week. That's compared to the 120,000 they have been getting each week @wcnc

“What we have heard is that there is still a lot of demand from that group, so we don’t anticipate moving forward quite yet. But we want to make sure we are continuing to move quickly,” Cohen said.

When prioritizations changed a few weeks ago, people with underlying conditions got moved down the list. Some are frustrated things aren't speeding up yet.

Just by looking at her, it’s hard to tell Ashley Speight has an underlying condition

“I have rheumatoid arthritis, so I am on an immunosuppressant medication,” Speight said.

It puts her at high risk of getting really sick with COVID-19. The pandemic has forced her and her family to make big adjustments.

“From somebody who's living, that is trying to make choices based on that. I've taken on homeschooling our son just because we don't want to put me at additional risk,” she said.

RELATED: VERIFY: Has either approved COVID-19 vaccine caused allergic reactions in the US?

She desperately wants to be vaccinated and was gutted when people with underlying conditions fell on the prioritization list to group 4.

“If the goal of it is to help hospitals maintain their ICU beds if I’m more at risk to needing one of those beds, why would you not vaccinate me,” Speight said. She understands the need to get others vaccinated but wishes she could be moved back up the list.

Speight won't be eligible for vaccination until after front-line essential workers, who make up a large chunk of the state population.

Wednesday, state officials acknowledged moving past groups 1 and 2 will complicate the vaccination process a bit. They said they're working on guidance for local employers and providers.