The governor says the percent positivity regionally and statewide has been decreasing over the last several days. 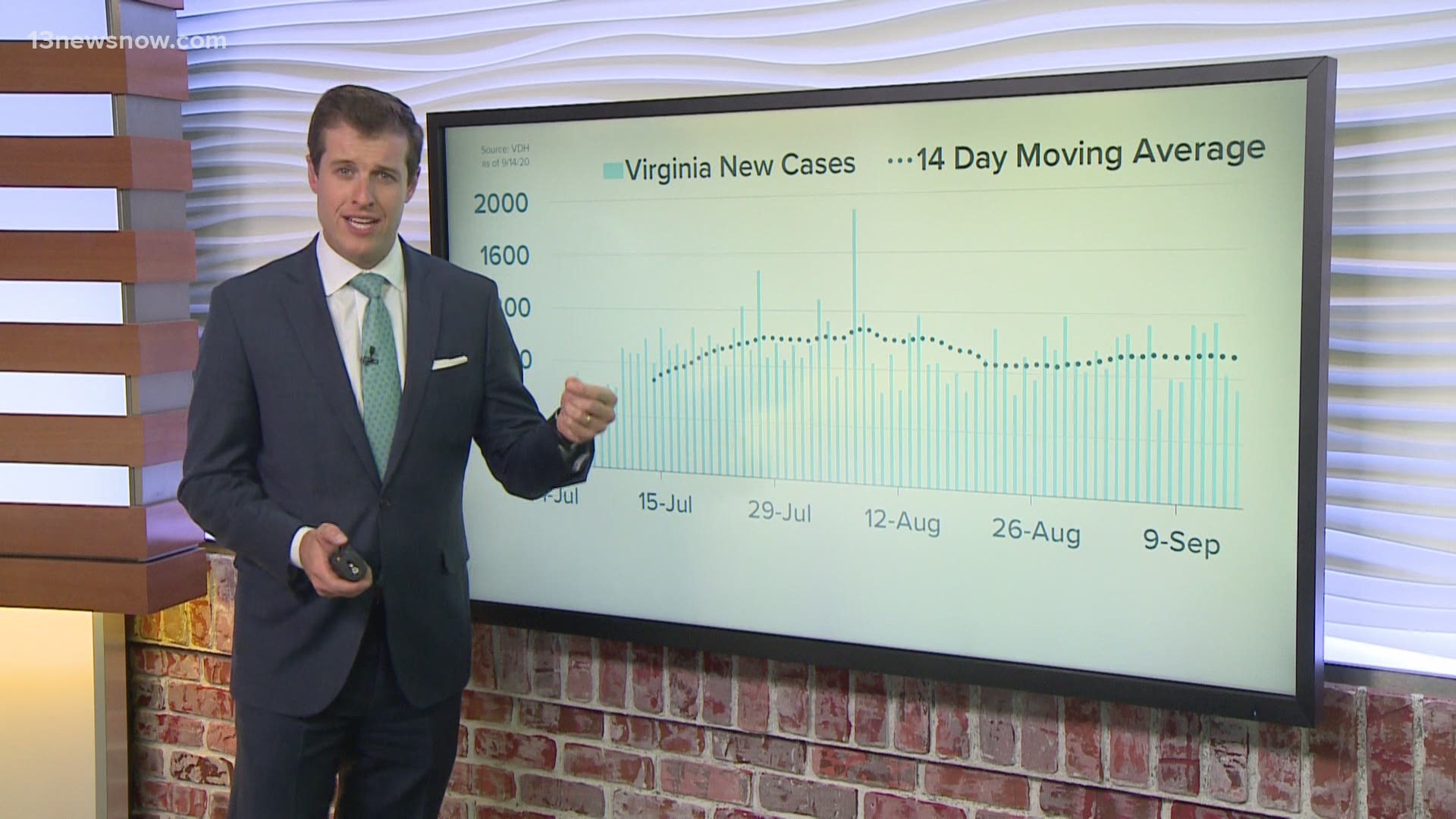 Last week, Northam lifted the extra restrictions he imposed over Hampton Roads after the region experienced major COVID-19 case spikes throughout the summer.

The governor says trends have improved in the area with average daily cases decreasing. Overall percent positivity across the region, which has decreased over the last two weeks, stands at 6.2%.

Similarly, the entire state is seeing progress where health metrics are concerned. Health officials report that the statewide percent positivity has been decreasing for the last 12 days and currently sits at 6.8%. There are still roughly 1,000 new cases per day statewide.

The only area that's experiencing some difficulty with improving its trends is Southwest Virginia. That region is reporting more new cases a day on average, which has prompted concerns because of fewer hospitals and ICU capabilities in the region.

Northam also pointed to preparations that are being made across the Commonwealth as the state gears up for the general election in November.

There are secure drop-off locations that will be set up at local registrars' offices, satellite locations and in-person polling places. Virginians can vote at their local registrar's offices or turn in absentee ballots voting until Oct. 31, which is one of the longest early voting periods in any state.

CARES Act funding will pay for PPE for poll workers. On Election Day, polls will be open from 6 a.m. to 7 p.m. The Medical Reserve Corps will be volunteering at polling places to ensure physical distancing measures are followed and that the polling locations are thoroughly sanitized throughout the day.