The state is expected to receive a 16% increase in vaccine doses from federal officials. 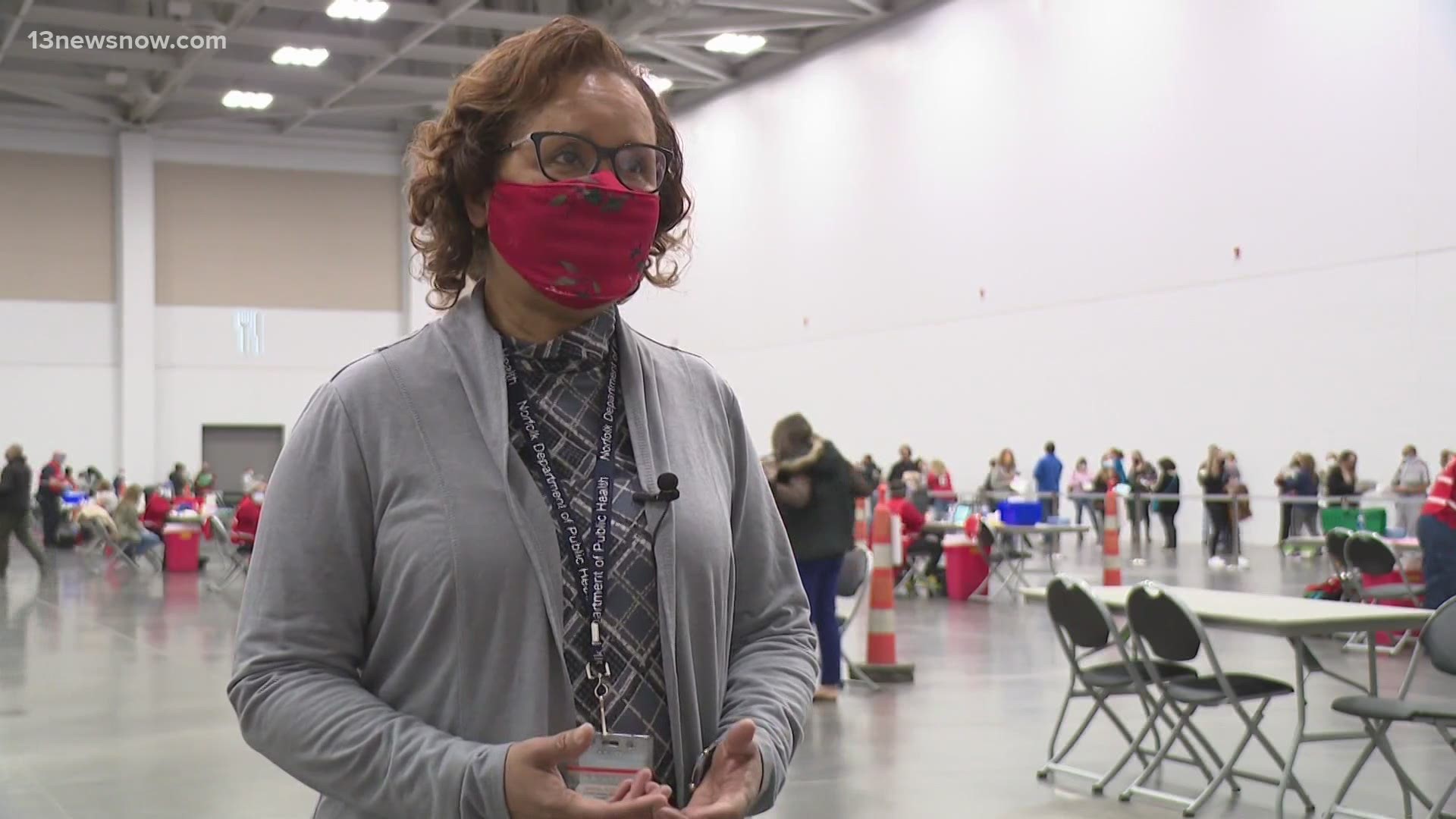 In a Wednesday afternoon briefing, Northam broke down how vaccine distribution is faring throughout the state. More than 500,000 vaccine doses have been administered so far, which the governor said puts the commonwealth right on track with distribution.

The governor also said Virginia's vaccination rate is better than 24 other states in the U.S. and that the state ranks 11th in the nation for the number of shots given. So far, health officials have administered around 24,000 vaccine shots per day. State health officials have administered 64.2% of the first vaccine doses and 19% of the second doses. Federal authorities are expected to provide the state with a 16% increase in the number of vaccine doses.

State leaders are working to increase that number to 50,000 daily shots, but want to iron out issues with vaccine supply and logistics.

A new, statewide registration system will be created soon so that citizens can go straight to the Virginia Department of Health website to register for a vaccine. The state is also looking to increase transparency and get more information about vaccine distribution out to the public with a new vaccine dashboard on the VDH site. This dashboard will show how many doses that Virginia is getting as well as how many have been administered.

Northam is also extending the executive order that introduced current COVID-19 restrictions for restaurants and bars through the end of February.

He also introduced new guidance for Phase 1b vaccinations, stating that 50% of vaccines should be given to people ages 65 and up and the other 50% should go to frontline workers and other eligible individuals.

The entire Hampton Roads area has moved to Phase 1b of the state's COVID-19 vaccine distribution plan, but the demand is far surpassing the supply.

This phase expands vaccinations to thousands of more people, but local health officials have noted that they don't have the inventory of vaccine shots needed to take on such a massive undertaking adequately.

Right now, cities like Norfolk, Chesapeake and Virginia Beach are receiving between 2,000 and 6,000 vaccines weekly. The state, as a whole, is getting a little more than 100,000 vaccine doses a week.

According to Virginia's vaccine coordinator, Dr. Danny Avula, in order to get 50,000 shots out to people a day, the state would need to receive 350,000 doses per week.

Just this week, the Chesapeake Health Department has said their vaccine supply was cut by 100 doses. The Norfolk Department of Public Health has also signaled that if the vaccine stockpile doesn't increase, it could take many months to get shots to every citizen.

Previously, state health officials indicated that they've laid plans to develop mass vaccination sites while admitting that Virginia doesn't have the infrastructure necessary to vaccinate the entire state at a faster rate. The hope is to also get pharmacies on board.

The letter highlighted issues that are keeping the area from large-scale distributions, like the lack of equity when it comes to getting disadvantaged communities vaccinated as well as the underfunding many health districts are dealing with.