Northam: Virginia to stay in Phase 3, no changes in COVID-19 restrictions

The governor is not relaxing any restrictions in Virginia before Labor Day, including in Hampton Roads which is under tighter regulations than the rest of the state. 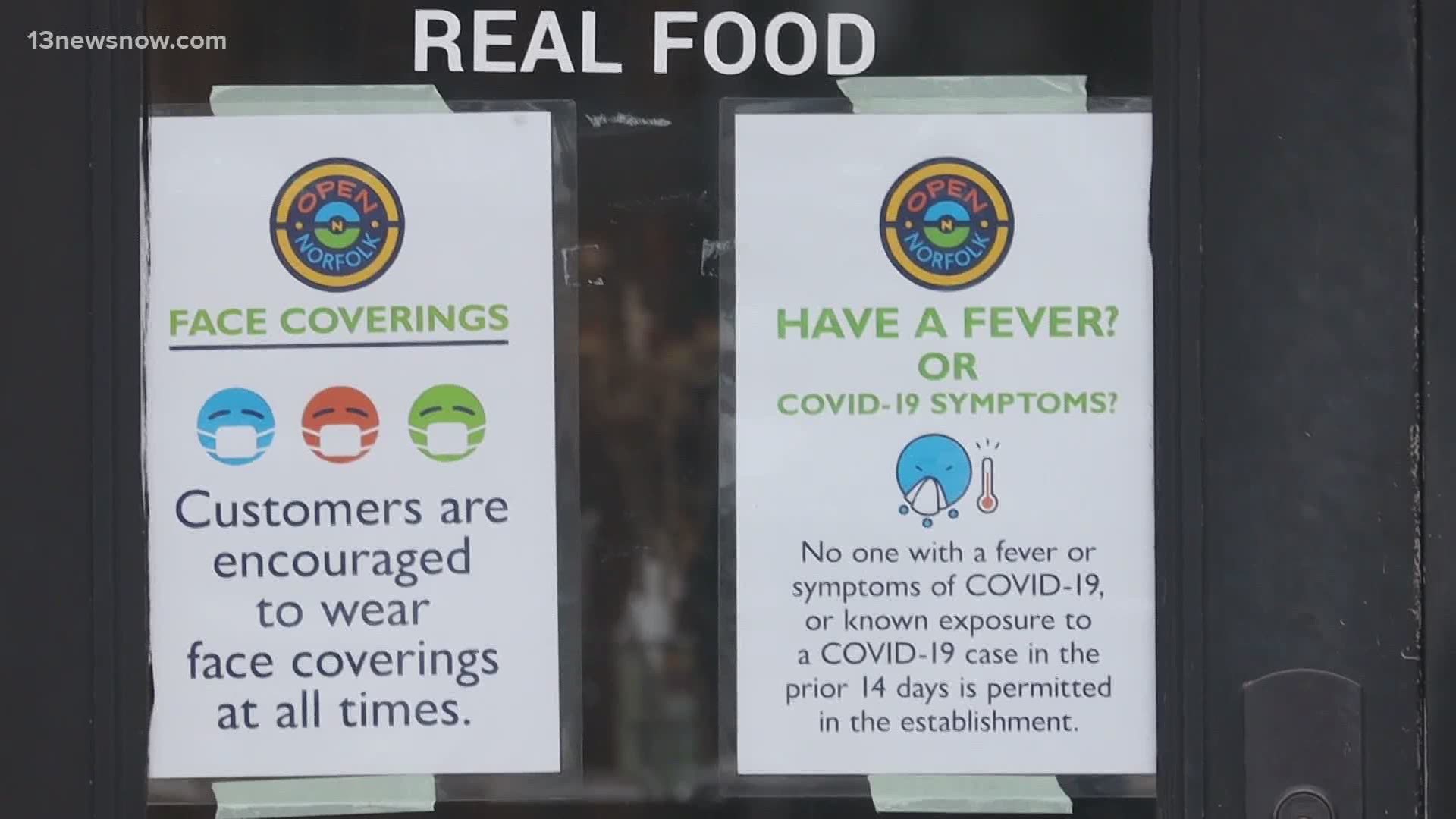 RICHMOND, Va. — Governor Northam is not easing coronavirus restrictions right now in the state of Virginia, just ahead of Labor Day weekend.

That includes in the Hampton Roads area which is under more stringent restrictions than other areas of the state.

“If the numbers continue to trend in a good direction and there’s evidence that people are following the safety guidelines over the holiday weekend, we will be able to move Eastern Virginia in line with the rest of the state soon after Labor Day," Northam said.

In a press briefing on Tuesday, Northam recounted recent COVID-19 data from different regions around the Commonwealth.

In the eastern region, which includes the Hampton Roads area, Northam reported that the region's caseload is starting to trend downward and that cases are averaging around 214 per day, which is better than what the area was averaging in July.

Additionally, percent positivity in this area decreased from 12% to 9%.

"I commend those cities and we have been working closely with them. I understand from a business perspective the importance of Labor Day but we have come too far to go back," he said.

Starting on July 31, Northam enacted an executive and public health emergency order over the Hampton Roads region, which impacted bars and restaurants. Cases in this area were soaring over other parts of the state.

Northam's decision to not change restrictions in the state comes a day after Virginia Beach Mayor Bobby Dyer sent him a letter requesting him to lift and alter some of those localized restrictions. Dyer cited the fact that cases are dwindling in the area.

“There will be a lot of frustration," Shfilet said.

Shiflet was pushing for full restaurant capacity and a midnight cutoff on alcohol sales.

“To have some sort of feeling that we’re moving forward, that we’re not just staying, this is how it’s going to be," she said.

In the northwest region, the percent positivity is starting to gradually increase. In late July, that rate was just under 5%.

In the southwest region, cases are starting to trend up. Two months ago, the area was averaging 80 cases a day. Now, that average has ticked upward to around 220 cases per day.

Northam pointed to case surges that took place after previous holiday weekends as the reason for not relaxing restrictions or moving up a phase.

He noted that the state saw caseloads increase right after Memorial Day weekend and Independence Day weekend, even as the state was inching up in its phased reopening plan. Virginia is still in Phase 3.

“We saw surges in the week to two weeks following those holidays around the country and certainly also here in Virginia, and we don’t want to repeat that as the summer draws to a close," Northam said.

The governor says that if we can avoid those same surges around another popular holiday weekend, the Commonwealth can move forward in the fall season in a better place.

State officials will also continue to monitor data as colleges and schools reopen and start welcoming students back to class.

In the past, as cases started rising around the state, Northam called for stronger enforcement of health and safety regulations and ordered health districts to conduct unannounced visits on restaurants and businesses to check if they were following the rules.