The same research mirrored that of state data, where roughly 7 out of every 10 Virginians surveyed were already vaccinated. 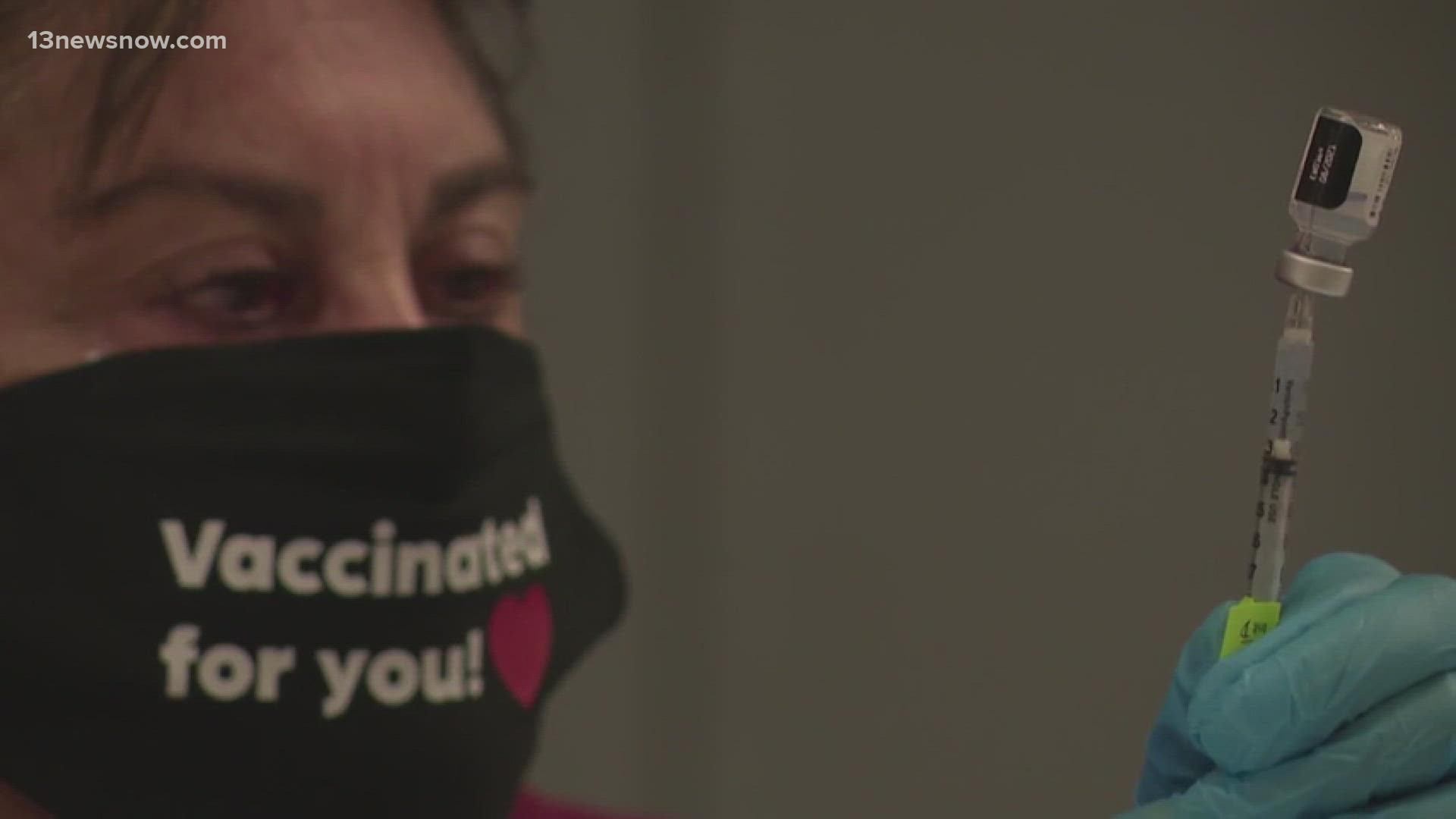 NORFOLK, Va. — Everyday, the number of unvaccinated Virginians get a little smaller, but new information shows how closing that gap still has challenges ahead.

According to a recent survey conducted by the Virginia Hospital and Healthcare Association, a vast majority of unvaccinated Virginians surveyed do not plan on getting a dose of the COVID-19 vaccine.

The VHHA polled 800 registered voters in the state across different racial, geographic and political backgrounds. Some findings mirrored what's already known about vaccinations in Virginia, that 7 of every 10 surveyed had already received the vaccine. However, of the unvaccinated population, 87-percent said they did not plan on getting one.

“This is increasingly becoming a pandemic among the unvaccinated," said Julian Walker, Vice President of Communications of the VHHA.

“Hesitant because there seems to be a division between those who are or aren’t vaccinated," Virginia Beach resident Jessica Williams said, who received her first dose of the vaccine at the Military Circle Mall clinic Thursday afternoon after it'd been recently required by her work. Before then, she'd still been hesitant about the vaccine anyway.

The survey also asked those who were unvaccinated why they did not not plan on getting a vaccine, and reasons ranged from skepticism of the vaccine's manufacturing to the severity of COVID-19 in general.

The full report can be read on VHHA's website.

More than four and a half million Virginians are fully vaccinated according to VDH data.