Poll: One out of five Virginians doesn't want COVID-19 vaccine

CNU's Wason Center released a survey that shows clear divides and uncertainties among Virginians when it comes to getting the vaccine. 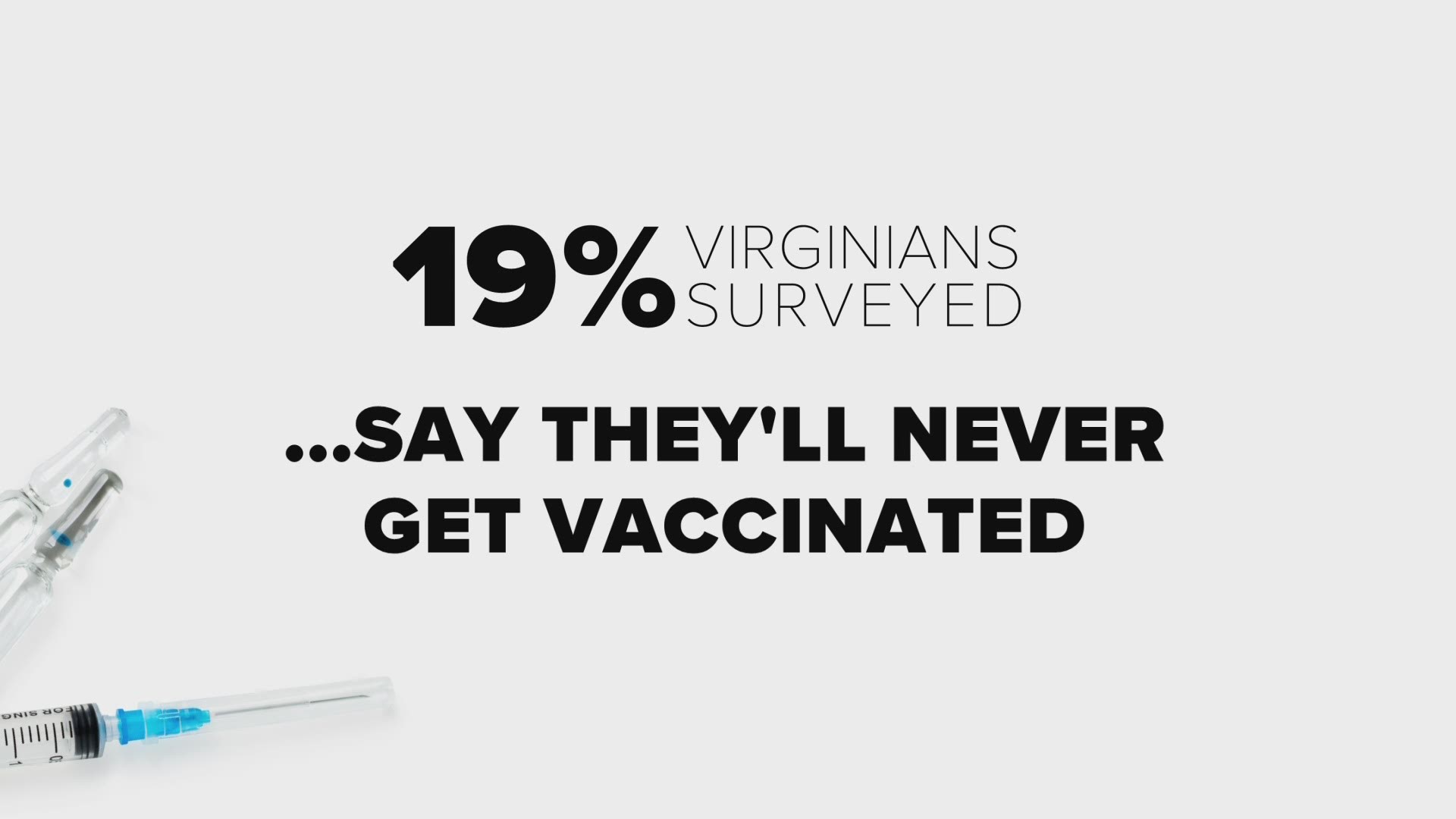 NEWPORT NEWS, Va. — A new survey just released Thursday revealed that 19% of Virginians say they will never get vaccinated against COVID-19.

That's one out of five Virginians. This is is according to analysts at the Wason Center for Civic Leadership at Christopher Newport University.

The poll's results also show that 46% of Virginians say they will get the shot as soon as it is available while 35% plan to wait even after they become eligible.

The Wason Center also noted distinct political divides when it comes to vaccinations. Democrats (56%) are more willing to get the shot when it becomes available than Republicans (37%).

Some people believe K-12 schools are reopening too quickly as the pandemic drags on. That goes double for Democrats. The survey shows Dems (57%) are more likely to hold that opinion than Republicans (28%).

“COVID doesn’t care if you’re a Republican or a Democrat, but party affiliation clearly affects how people feel about getting vaccinated, reopening schools or even the risk of contracting the virus,” said Dr. Quentin Kidd, Wason Center academic director. “You can bet that the candidates for governor on down will make it an issue in this year’s election.”

The poll also shows that people of color are more hesitant to get vaccinated than others.

Black Virginians are more reluctant than White Virginians (29% to 51%) and were more likely than other groups to say they would never get the vaccine (26%). The United States has a history of significantly diminishing Black Americans' access to health care.

“This is consistent with concerns within the Black community that stem from historical mistreatment in medical research and health care,” said Dr. Rebecca Bromley-Trujillo, research director of the Wason Center. “To reach herd immunity through vaccination will require concerted efforts to win the trust of the Black community.”

The poll's results are based on answers and interviews with 1,039 Virginia residents. It was conducted online in January 2021. Read the full report here.