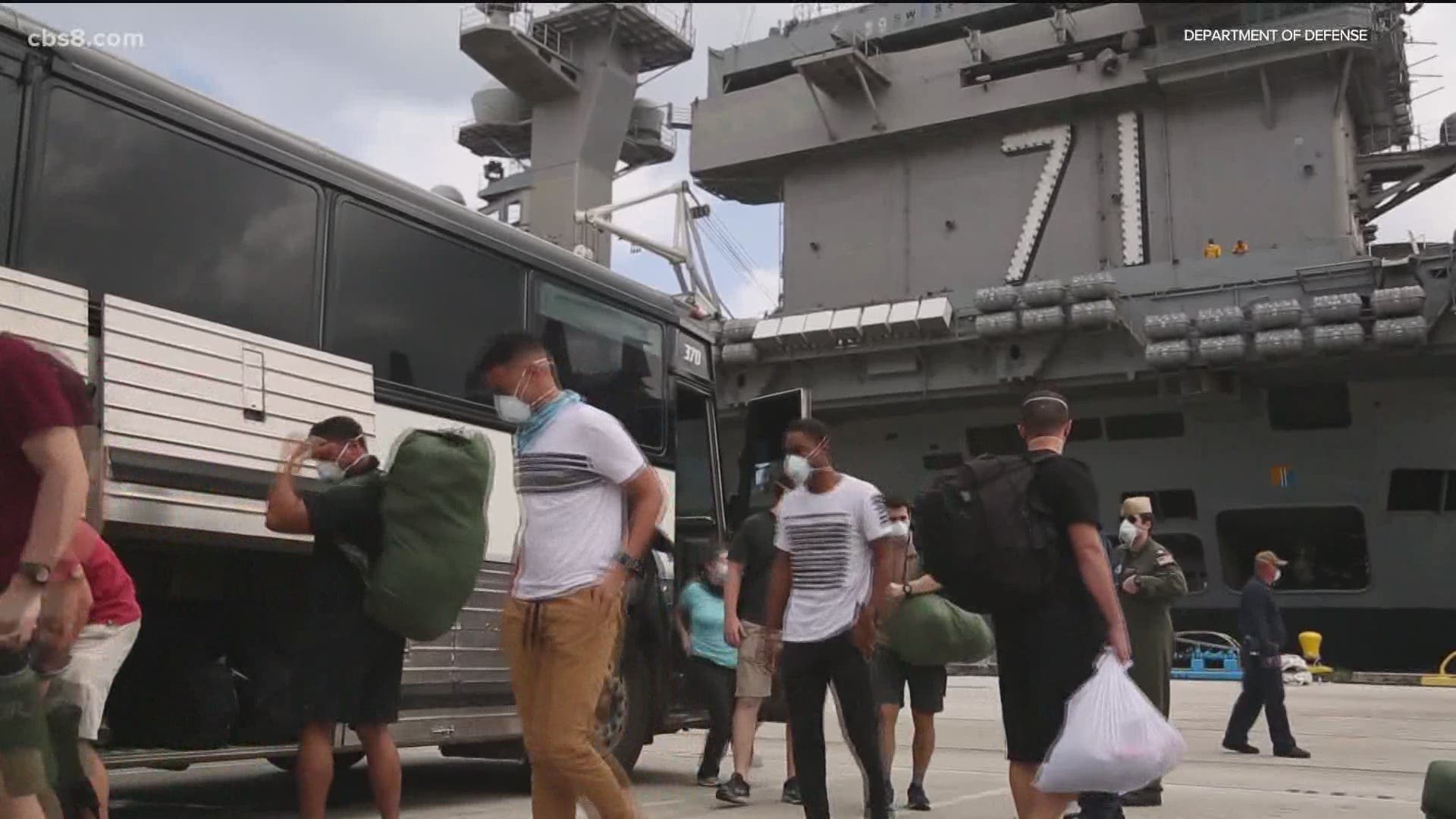 SAN DIEGO — After more than 1,100 of its nearly 4,900 crew members tested positive for the coronavirus, the crew of the USS Theodore Roosevelt, based out of Coronado Island in San Diego, has been tirelessly working to clear the health of sailors and clean the massive ship.

Now nearly two months after the ship docked in Guam, to try and control the spread of the virus, News 8 has learned 14 sailors who previously tested positive, recovered and returned to the ship, have since re-tested positive.

The Navy said the sailors met rigorous recovery criteria before being allowed back on board, but have since retested positive.

News of crew members retesting positive, raises the question, can you contract the virus twice? The answer to that remains unclear.

News 8 reached out to multiple doctors and medical professionals, but they declined to comment saying any information they could add would just be speculation.

RELATED: USS Theodore Roosevelt prepares to go back to sea after virus outbreak

The issue was also addressed by San Diego County leaders at a media briefing Monday afternoon saying it was too early to make any determinations.

Naval leaders have also said the sailors could still have had low lying levels of the virus that weren’t detected through testing, despite extreme safety protocols.

“You have to go through two different checks plus being COVID tested twice. And we sideline sailors for the slightest thing. Sniffles,” said Sardiello

More than a dozen sailors were put in quarantine due to their interaction with those who retested positive.

Naval leaders have also instituted extreme cleaning and safety precautions to try and get the ship back out to sea, with 2,900 of the 4,900 now back on the ship.