Some people in Virginia get vaccine appointments at CVS through early pre-registration, others left to wait

CVS said Virginia asked it to open appointments early for people who pre-registered with the state and were on a waitlist. Others must wait until Feb. 11. 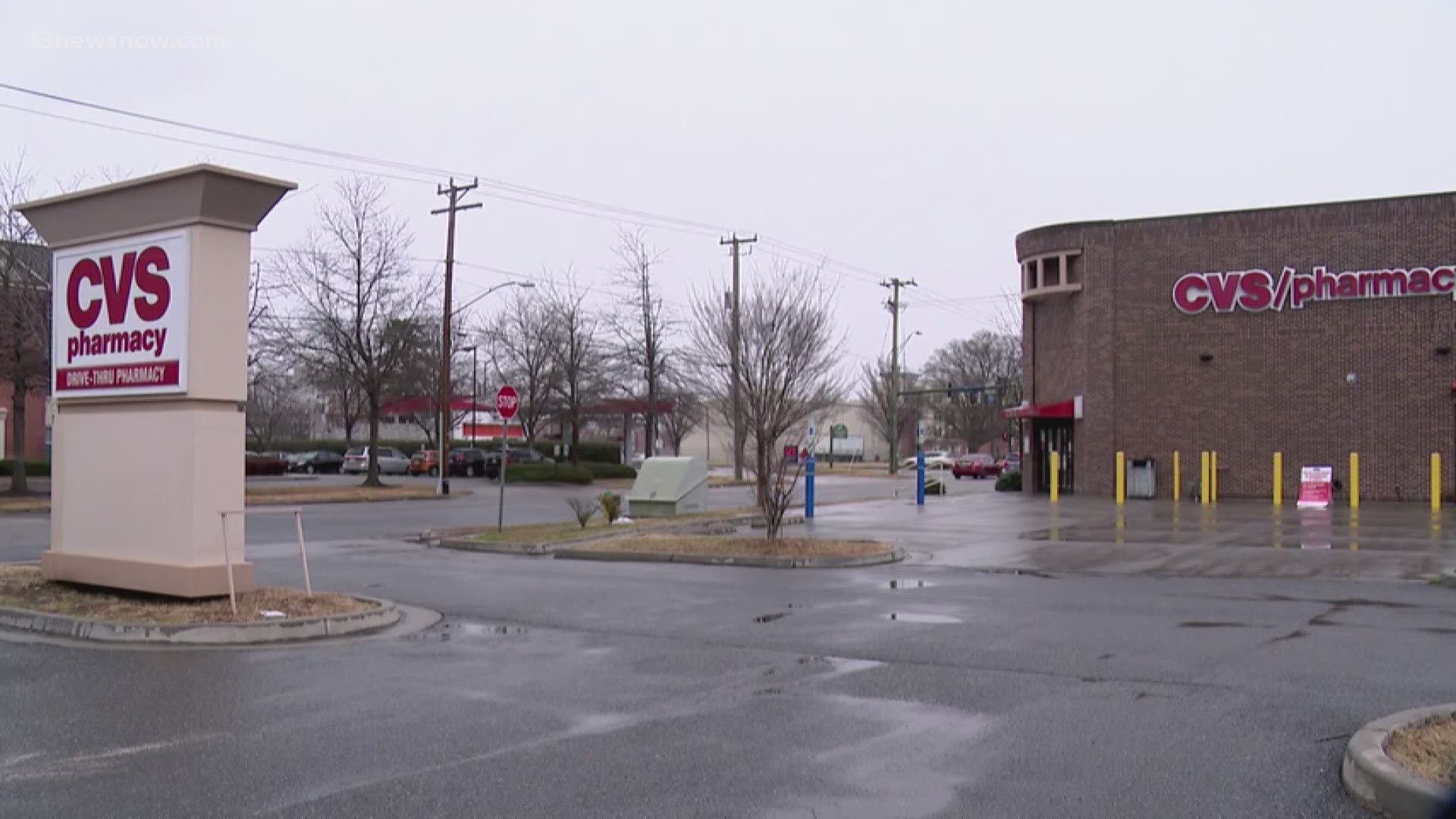 CVS confirmed that some Virginians were able to receive vaccine appointments Tuesday because the state asked the company to open appointments early for individuals who pre-registered.

Others who were not pre-registered and on a waiting list must wait to schedule until Thursday, Feb. 11.

Some Hampton Roads residents eligible for the COVID-19 vaccine were confused Tuesday morning when they were able to schedule appointments on the CVS app despite the company pushing back the sign-up date.

A CVS spokesperson confirmed the state's request in a statement via email: Virginia asked us to open appointments early for individuals who pre-registered with the state and remain on a waitlist to get the vaccine. We agreed to open our booking early for those individuals based on the state’s eligibility criteria.

Michael Arzadon and his wife, Connie, said they both tried scheduling appointments under Phase 1b eligibility. Michael got a confirmation for his appointment, but Connie did not.

CVS said the pharmacies scheduled the appointments based on the current supply of doses, but had to close off the appointment portal once they reached the limit.

Arzadon said he understands it's a big process to go through, but he and his wife are frustrated with the process.

"It's really been a pain since day one with 1B people," said Arzadon. "I want this to be fixed and to get the vaccine, so we can see our family."

CVS announced Monday last-minute changes to its plan and said Virginians 65 and older would be able to register to get their shots at select CVS locations beginning on Thursday, February 11.

The company originally said any qualified individuals must first pre-register with their local health department, but on Tuesday clarified they will not have to pre-register beginning on the 11th.

Did you already try registering for a #COVID19 vaccine through CVS? Email reporter Anne Sparaco at asparaco@13newsnow.com.

UPDATE:#13NewsNow confirms with @cvspharmacy the reason people received appts for vaccines is because they were already pre-registered and they accommodated an early request by VA. Others who were not pre-registered and on a waiting list must wait to schedule until Thursday.