The Norfolk Health Department added another day for its vaccine clinics due to high demand. 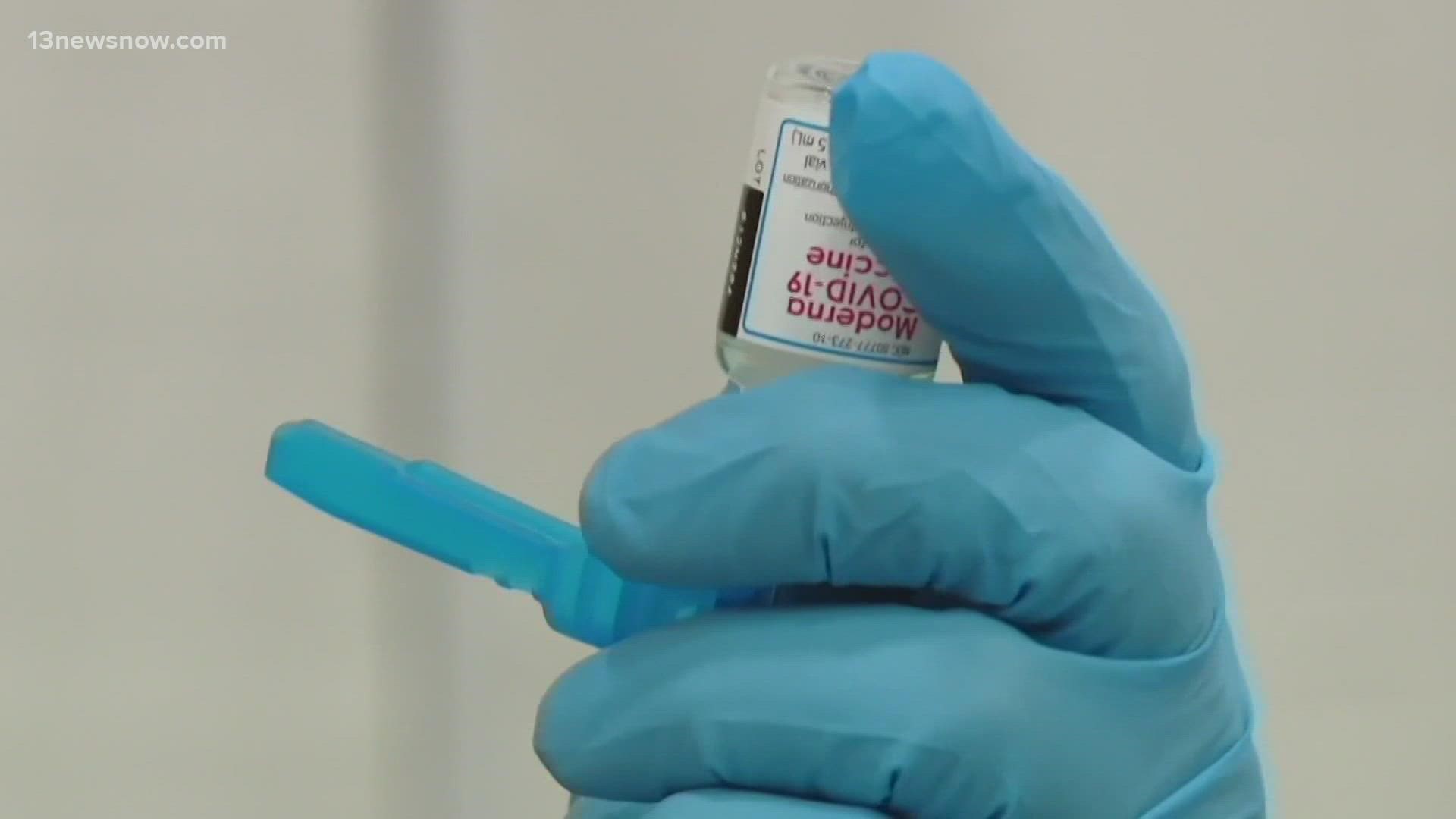 At 9 a.m. on the dot, a line had already formed outside Military Circle Mall, and many were ready to get a shot.

Roger Hall walked in this morning hoping to get a third dose of the Moderna vaccine.

"Because I got a weak immune system," he said.

Olivia Dunnington was also looking to get another shot. She recalls the long lines earlier this year.

"You know a few months back, January, February," she said. "There were long lines and you had to have an appointment."

Now, changes have been made to get more shots into arms.

"You can just walk in," Dunnington said. "It's convenient."

This week, Military Circle Mall extended its hours due to a higher demand for the vaccine. Dr. Parham Jaberi, the acting health director for the Norfolk Health Department, said vaccinations and testing are increasing.

Those numbers include immunocompromised individuals getting a third dose.

The mall will now hold vaccine clinics on Tuesdays, Wednesdays and Thursdays. Before, clinics were only twice a week.

"Adding a day would never hurt, you know," Greg Pieno said. "I couldn't get out here yesterday, so I got out here this morning."

Pieno said his work schedule is busy and he could only get a vaccine today. He says after much hesitancy, he finally decided to make an appointment.

"It was super easy," Pieno said. "I went right on Google and signed up. It took five minutes."

Walk-ins are accepted, but the health department encourages you to sign up for an appointment here.