On July 27, the CDC recommended that all persons regardless of vaccination status should wear masks when indoors in areas of high or substantial transmission. 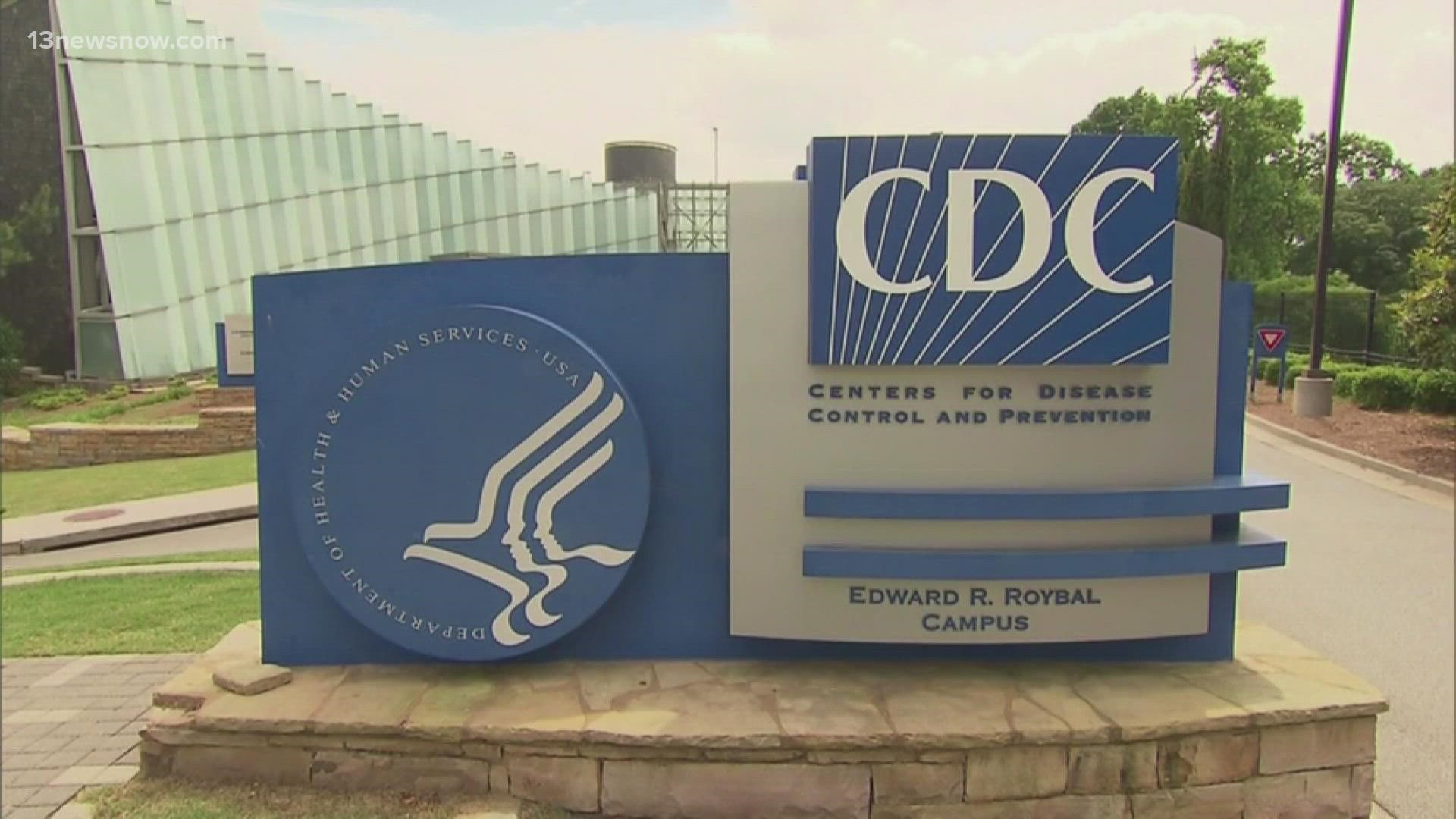 NORFOLK, Va. — The Centers for Disease Control and Prevention calls it a “pivotal discovery” but also a “concerning” one.

Newly published research sheds light on the reasoning behind the CDC's revised guidelines for vaccinated people this week, urging them to wear masks in certain areas of the country.

According to data released Friday afternoon, the CDC looked at 469 COVID-19 cases among Massachusetts residents between July 3 and July 17 who had visited Barnstable County (the Cape Cod area). Of those tests, 346 were among fully vaccinated individuals who had been at least 14 days removed from receiving the Moderna, Pfizer, or Johnson & Johnson vaccines, which equals 74% of the total.

Of those breakthrough cases, 133 cases were sequenced, and the Delta variant was found in 90 percent of those sequenced cases.

No deaths were reported as a result of the outbreak, but five people were hospitalized, including four who were fully vaccinated.

The findings confirm claims from CDC Director Dr. Rochelle Walensky this week, saying vaccinated and unvaccinated patients can still carry similar levels of the virus in their bodies.

“When we look at the amount of virus in those people, it’s similar to that in unvaccinated people," Dr. Walensky said.

On a media teleconference Tuesday, she also said that vaccines are needed now to stop the virus from mutating again beyond the protections of the vaccines.

“The big concern that the next variant that might emerge, just a few mutations potentially away, could evade our vaccines," she said.

Virginia has recorded more than 1,500 breakthrough cases since January, but that is still less than one percent of the vaccinated population.

The full Barnstable County outbreak can be viewed on the CDC's website.