Tyson Foods said it had measures in place to help guard against any potential spread of COVID-19 at its Temperanceville plant in in Accomack County. 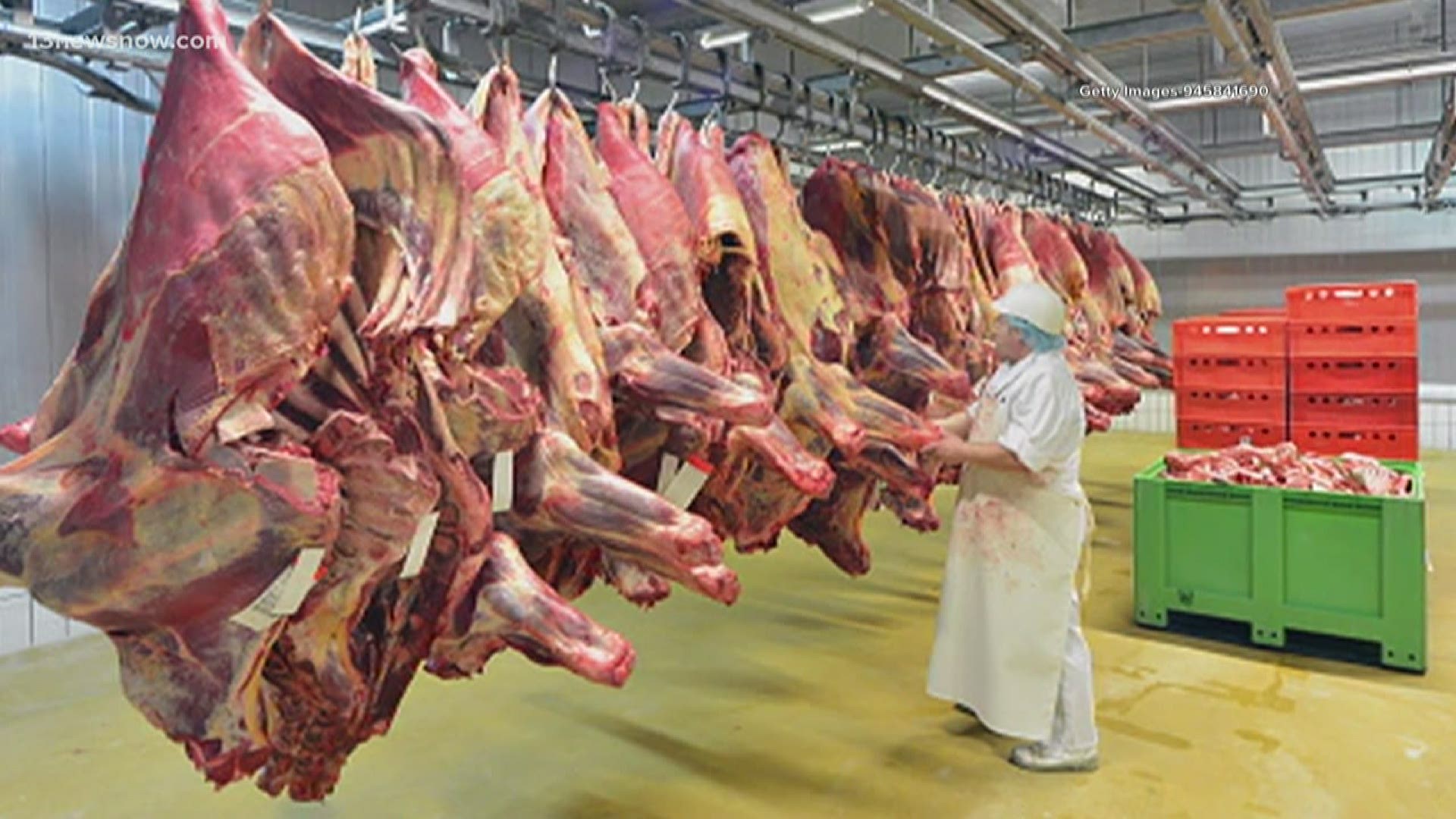 TEMPERANCEVILLE, Va. — Tyson Foods said it was providing surgical-style facial coverings to employees at its plant in Accomack County as one way to protect them from COVID-19.

Many people across the United States raised concerns about the potential spread of coronavirus in poultry, beef, and pork processing plants. Many concerns had to do with the physical closeness of workers.

Some companies, including Hampton Roads-based Smithfield Foods, had to shut down operations at some locations temporarily because of the effect COVID-19 had on its staffing. Smithfield, for instance, had to close plants in Wisconsin and Missouri as well as South Dakota. The Centers for Disease Control and Preveention (CDC) offered guidance for how Smithfield Foods could operate more safely.

Tyson suspended operations at one of its facilities in Iowa because of coronavirus.

On Monday, Gov. Ralph Northam indicated that people from the CDC would be visiting poultry processing facilities in Virginia to offer guidance to what it provided to Smithfield Foods.

Tyson Foods spokesman Worth Sparkman told 13News Now in addition to providing the protective gear to workers at the company's location in Temperanceville, it was requiring them to wear the coverings.

Sparkman didn't say if there had been any coronavirus cases at the Temperanceville location, but he said that if there is a confirmed case at any of the company's locations, Tyson works with health officials and follows a protocol that includes notifying anyone who has been in close contact with the person. The company also lets team members who have not been exposed know about the case and provides information to its supervisors so they can help answer questions.

"We’re working hard to protect our team members during this ever-changing situation, while also ensuring we continue fulfilling our critical role of helping feed people across the country," said Sparkman in an email.

RELATED: Tyson Foods warns 'the food supply chain is breaking' as plants close due to coronavirus

This is the list of measures he said Tyson Foods is taking nationwide to protect its employees:

Sparkman said at some locations those ways included allowing more time between shifts to reduce worker interaction, giving team members more space by erecting large tents to serve as outdoor break rooms,removing chairs in some break rooms so there is more space between the workers, and eliminating conference room meetings and the size of new orientation classes.

Sparkman told 13News Now that Tyson Foods' plant production areas are sanitized daily to ensure food safety and that the company stepped up deep cleaning and sanitizing of its facilities, especially in employee break rooms, locker rooms, and other areas to protect employees. He added that Tyson has team members dedicated to wiping down and sanitizing common areas constantly. In some cases, the additional cleaning involves suspending a day of production.