At Greenbrier Mall, people lined out the door all the way through the parking lot to get their COVID-19 vaccine. 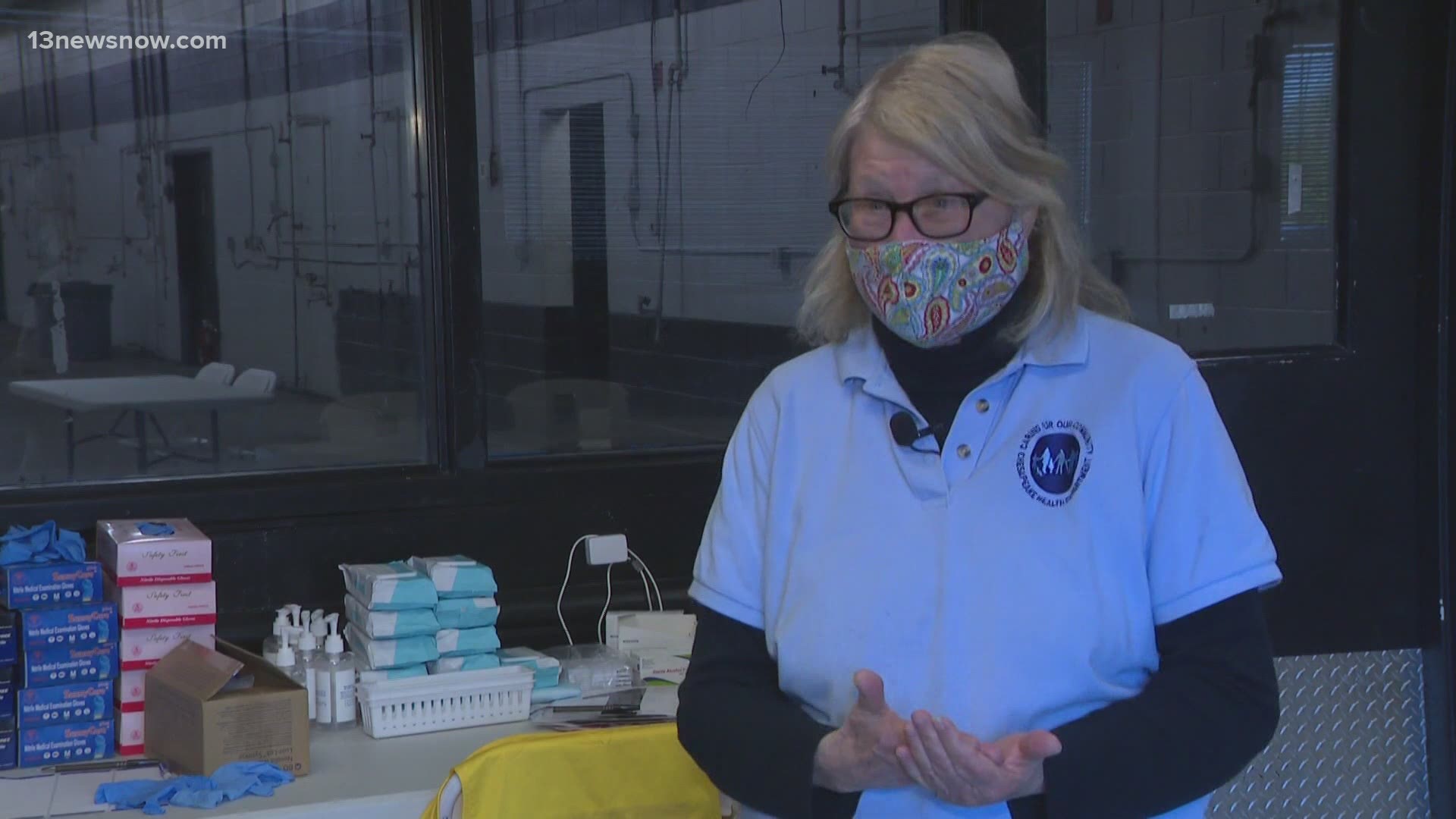 CHESAPEAKE, Va. — Friday officially marked the start of vaccinations for people in Phase 1c and Phase 2 in Chesapeake, as the city continues to move forward in its vaccination effort at a steady pace.

The clinic came as Chesapeake announced big moves toward Phase 2, which is the phase where any Virginian age 16 and up is considered eligible to get the vaccine.

Gov. Ralph Northam announced earlier this week that Phase 2 would officially begin statewide starting April 18, but a spokesperson for Chesapeake said the city was ahead of that goal.

"Herd immunity means more people vaccinated," Welch said. "So, just sound logic and sound consideration of everybody... means we vaccinate as many as we can."

Welch said for the vaccine event at Greenbrier Mall, they scheduled all the registered appointments for people in Phases 1a, 1b and 1c, and ended up having a few doses leftover for people who were pre-registered in Phase 2.

"There's no way on God's green earth we're going to waste any vaccine," Welch said with a laugh. "When we have vaccines available, we're going to use it."

Chesapeake officially started vaccinating Phase 1C and Phase 2 people at the Greenbrier Mall this morning!
We hear how the vaccination effort is going so far and how a handful of Phase 2 people were able to get some spots on @13NewsNow at Noon pic.twitter.com/wmvOEKsBwW

While she said there were no more appointments available for Friday's clinic, the health department was looking forward to making more progress in Phase 2.

One of the first people in line for the clinic was Albert Sanford, who had an 8 a.m. appointment. Sanford said he was in Phase 1c and wanted to get his vaccine as soon as possible.

"At first there was a long line, but once they opened the doors, it went really quick," said Sanford. "I'm essential and while my work doesn't require us to get the vaccine, I wanted to do my part to help the community get better."

Angelique Walter, 20, told 13News Now she was in Phase 2. She got her appointment set up and ready to go for Friday morning - she said it's important for her to be vaccinated because she takes care of many family members.

"I was really excited because my cousin, I babysit him, and he has cerebral palsy," explained Walter. "I was just thrilled I could get it because I don't want to see him get sick with it."

Welch said while the city has officially begun vaccinating people in Phase 2, it will still be prioritizing appointments for Phases 1a, 1b, and 1c.

She said about 95% of Chesapeake's population of people who are 65 and older had been fully vaccinated, which is why the city has been able to move forward this quickly.