The Virginia Department of Health does not report federal and military vaccination data by locality, but Chesapeake officials say they luckily received that data. 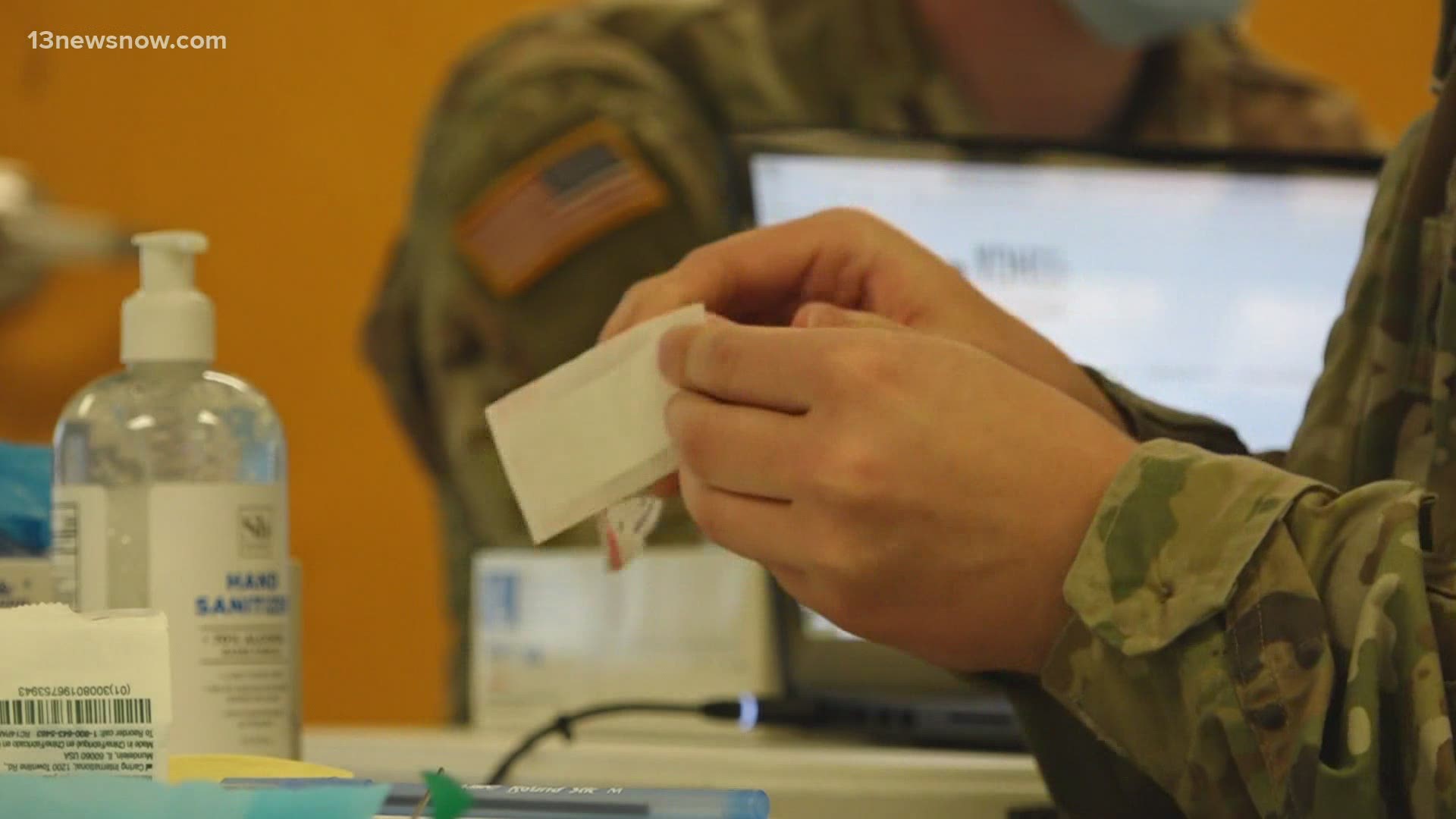 CHESAPEAKE, Va. — Chesapeake public health leaders say true vaccination rates in Hampton Roads are much higher than they appear on the Virginia Department of Health website.

Dr. Nancy Welch, Chesapeake Health Department director, said at least 85 percent of Chesapeake residents 16 and older have received at least one dose of a COVID-19 vaccine.

Welch said the Chesapeake Health Department "fortunately" received federal and military vaccination data in April that showed 46,000 residents had received a shot through the Department of Defense or other federal systems.

“We are much, much higher [than it shows] and it’s very encouraging," Welch said. "Because a large portion of all of our residents for all of Hampton Roads are military, there’s no doubt in my mind that in each locality we’re really ahead a lot more than what is indicated on that chart."

VDH currently shows about 56.5% of Chesapeake adults have received at least one COVID-19 shot, which would be well below the state average of 70%.

However, Welch said it would be accurate to project that close to 9 in 10 adults in the Chesapeake are at least partially vaccinated.

She did not say exactly how the Chesapeake Health Department received federal and military vaccination data but said they received it before officials decided to not share that data with any locality.

Spokespeople for the Norfolk Department of Health, Peninsula Health District, and Hampton Health District all said they did not have access to the federal or military data to provide a more accurate vaccination count.

Welch said she knows true vaccination rates are much higher than reported on the VDH site.

“I imagine that for Hampton Roads the discrepancy is similar to what we would see in Chesapeake had we not been able to obtain these numbers," she said.

A Virginia Department of Health spokesperson said the department does not have access to "federal doses by locality data yet."

She said the Chesapeake Health Department hired two employees to solely focus on getting partner groups vaccinated and then enrolled as vaccination providers, which made vaccine access more convenient in Chesapeake.

"People know their pharmacies, they know their practitioners, so there’s a basic trust," she said. "We wanted to capitalize on it and build on it."

Welch said having access to the military and federal data helped the Chesapeake Health Department switch its focus from large clinics to smaller, target vaccination opportunities in areas and organizations.