The mass clinic opened its doors with the expectation to give 3,000 shots a day—seven days a week, from 9 a.m. to 7 p.m. 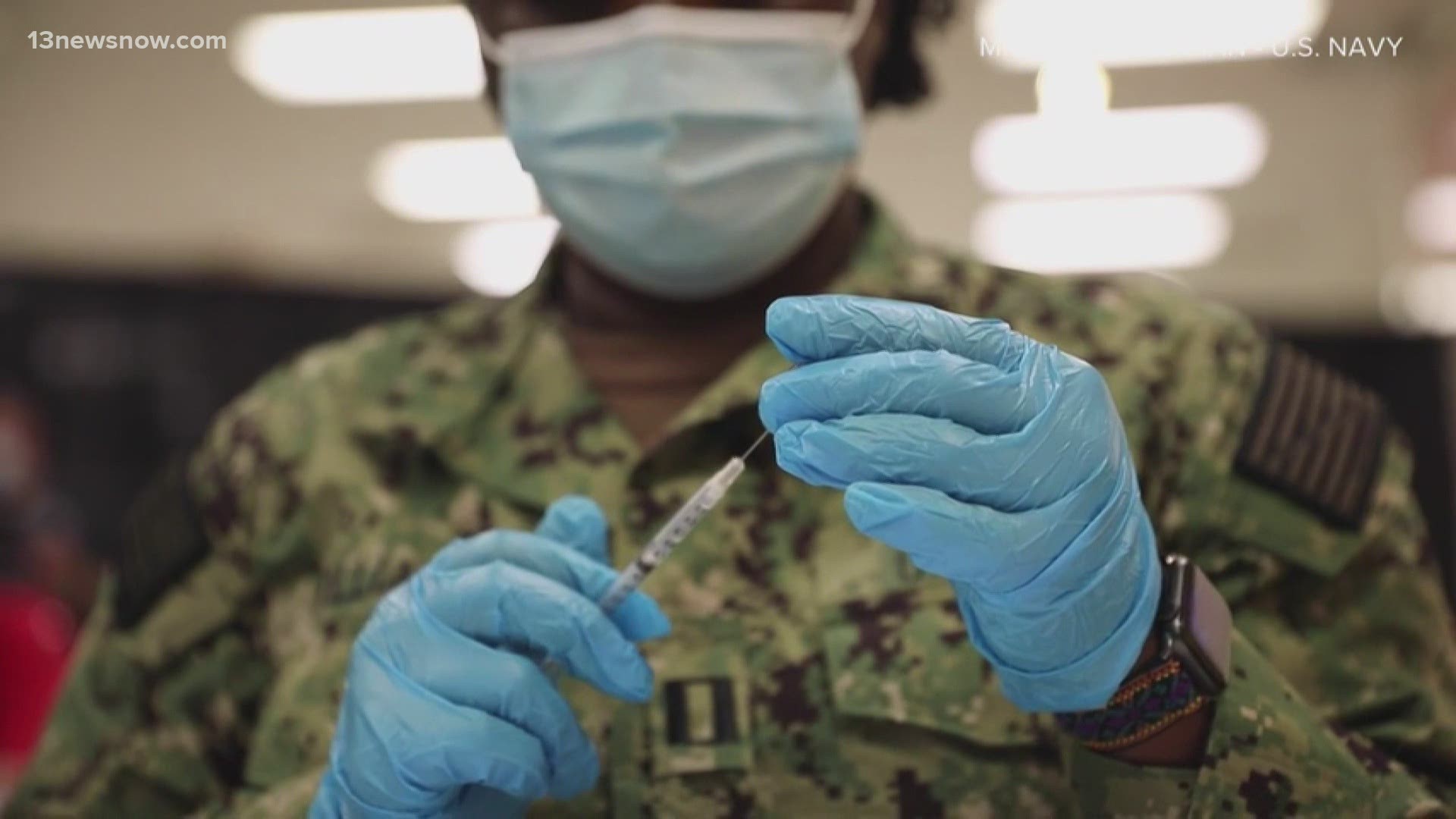 “This is truly exciting,” said Janice Barlow with FEMA.

For eight weeks, FEMA will work alongside state and local and federal partners to vaccinate as many people as they can.

“We got approximately 135 military members and we set up the number of pods that we need to to be able to achieve the 3,000 shots per day,” explained Gregory Leveque, who is a US Navy Commander and officer in charge of military support to FEMA.

The White House partnered with Virginia to create the federally run community vaccination center inside the old Macy's building at the mall. It's an expansion of the existing clinic there.

The goal of this site is to expand the rate of vaccinations in a fast and efficient way, as well as give everyone an opportunity to get a shot.

In the first six weeks, the clinic will offer the Pzifer vaccine. The last two weeks, workers and volunteers will provide the Johnson & Johnson shot.

“The vaccine that is coming to this location is a special allocation so it will not be taking the Commonwealth’s weekly allocations,” Barlow explained.

The CVC primarily will use federal staff in support of state and local governments.

Some of the reasons Military Circle Mall was chosen include:

Northam honed in on the clinic's central location to those other Virginia localities.

“A lot of these individuals, we know are the most vulnerable in our communities so we really want to get these people vaccinated," he said.

Northam said once those people were fully vaccinated, the center would open to more people.

Jane Davenport, who drove her parents to get a shot today, hoped that happens!

“I am excited to hear, and hopefully it will open up to more and more vaccinations for everyone in the area,” Davenport said.

Federal officials also said they chose to expand vaccination efforts in Norfolk due to the city's socio-economic vulnerabilities.

Anyone who wants to receive a vaccine at the Military Circle Mall CVC must pre-register and wait until they're notified about an appointment. The site is not allowing walk-ups.

You can pre-register for the COVID-19 vaccine at vaccinate.virginia.gov or by calling (877) VAX-IN-VA.

Leaders say the goal is to offer 3,000 shots a day at the FEMA mass vaccination site at Military Circle Mall. #13NewsNow