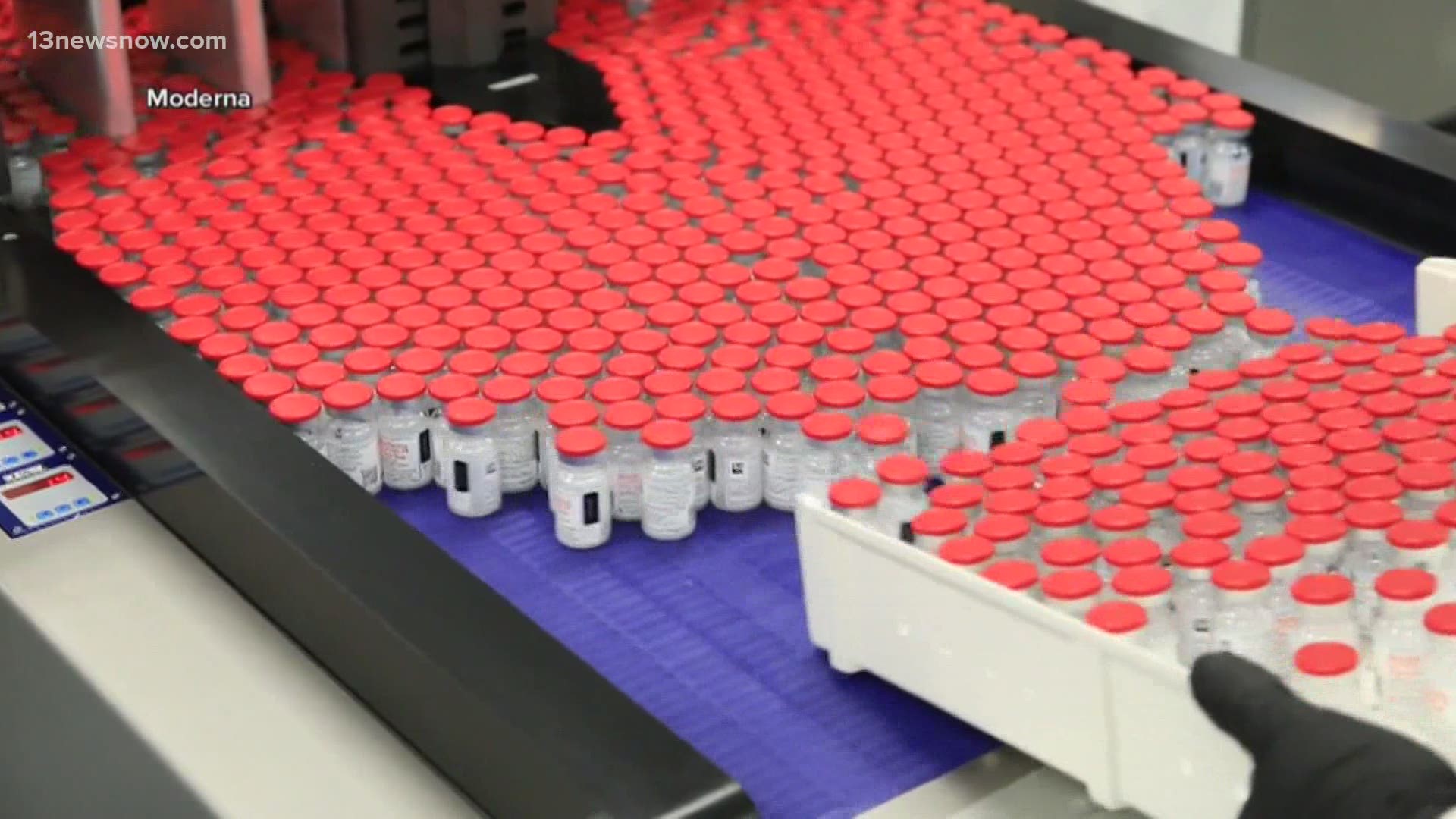 NORFOLK, Va. — Hampton Roads health officials are eager to receive more doses of the COVID-19 vaccines, which Virginia Gov. Ralph Northam alluded to being in the works Wednesday.

Northam addressed the latest efforts to fight the COVID-19 pandemic as localities across Virginia struggle with insufficient vaccine supplies.

"Everyone is out of patience," he said. "And I understand that."

More than 500,000 vaccine doses have been administered. Northam said Virginia ranks 25th in the U.S. in vaccination rate and 11th for the number of shots given with 24,000 shots administered daily, according to state health officials.

But Northam believes more doses are on the way, citing a phone call between White House officials and other state leaders. Federal authorities plan to boost the number of vaccine doses to the state by 16 percent, according to Northam.

Brumund estimates the increase could amount to roughly 400 more doses for Norfolk per week. However, he said it is hard to know for sure because the state has not been consistent in the number of doses provided to the city. Brumund claims the weekly vaccination supply has varied, and that has made it harder for health officials to plan for administering the vaccine to eligible people.

In Chesapeake, health district officials continue to lobby for more doses. Northam reiterated Wednesday that the state will continue to issue supply based on population. However, Chesapeake, one of the largest communities in the Commonwealth, receives only 2,800 doses of the vaccine weekly.

"This is the bottom line: no vaccine, no shots," said Kimi Stevens, public relations director for the Chesapeake Health Department. "The frustration has been off the chain, not only from the public but from the health departments and the city."

"What are you doing to us? Why are you cutting us short?" Stevens said. "Chesapeake is the second-largest city in the Commonwealth and it's just not right."

State leaders are working to increase the number of administered doses to 50,000 daily shots, but want to iron out issues with vaccine supply and logistics.

A new, statewide registration system will be created soon so that citizens can go straight to the Virginia Department of Health website to register for a vaccine. The state is also looking to increase transparency and get more information about vaccine distribution out to the public with a new vaccine dashboard on the VDH site. This dashboard will show how many doses that Virginia is getting as well as how many have been administered.

Northam also introduced new guidance for Phase 1b vaccinations, stating that 50% of vaccines should be given to people ages 65 and up and the other 50% should go to frontline workers and other eligible individuals.

Neither Brumund nor Stevens say this will impact the plans in place in Norfolk and Chesapeake, respectively. Both said their districts have already considered efficient ways to manage doses for both sub-groups.

However, Brumund said he is glad to hear the governor call for consistency across the state, which he says has been a source of frustration for the public.

"When one health department makes the decision to prioritize this group over another group, we get the phone call saying, 'Well this department did it this way. Why aren't you?'" said Brumund.