April is National Minority Health Month, and the university plans for in-person learning in the Fall, exploring vaccine requirement. 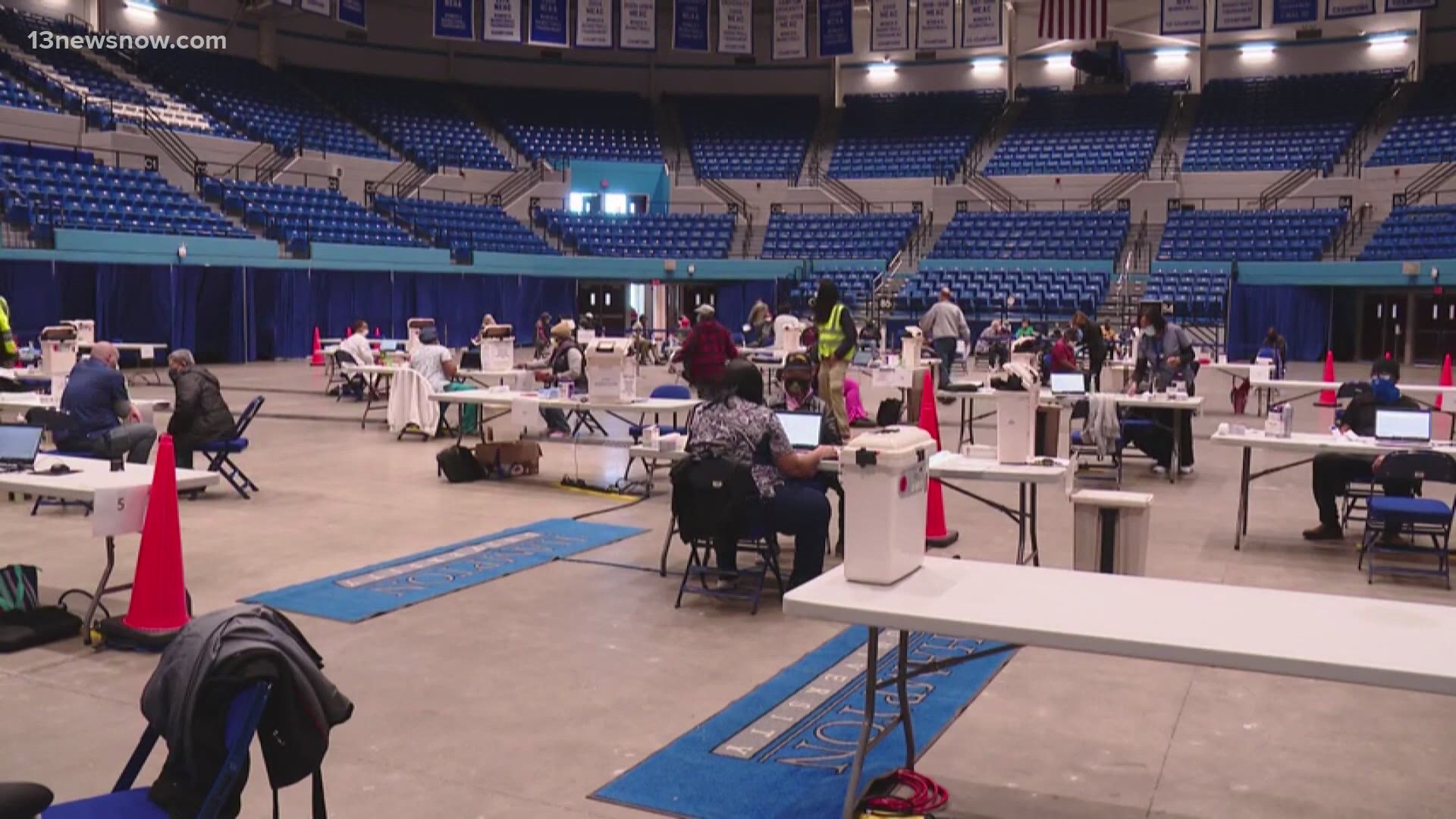 NORFOLK, Va. — April is National Minority Health Month, and Norfolk State University is taking the opportunity to encourage people of color and other minority groups to get the COVID-19 vaccine.

Norfolk State’s Center of Excellence in Minority Health Disparities hosted a virtual discussion Thursday to provide to debunk vaccine myths and get accurate information out to the community.

Nearly three million Virginians have at least received one dose of a COVID-19 vaccine. Fourteen percent of those are Black people, and just under 5 percent are Latino American.

The panel, comprised of Black doctors and educators from Hampton Roads, hopes more people get the shot.

"I really do want people to make the commitment to get the vaccine as soon as they can," said Dr. Leonard Brown, VP of Student Affairs at Norfolk State University.

“The decisions you make don’t just affect you, it affects those around you," said Dr. Keith Newby, cardiologist and CEO of Fort Norfolk Medical.

Dr. Newby is vaccinating people out of his Norfolk practice, and he said one of his biggest challenges has been convincing patients that the vaccines are safe and were carefully vetted before released to the public.

“I want people to understand there were no shortcuts taken when it came to the Research and Development, the R&D," he said. "But what did get cut out is the typical FDA red tape."

Nursing students at Norfolk State and Hampton universities are a key part of vaccination efforts in Hampton Roads.

“We are getting people vaccinated and we are saving lives," said Dr. Ethlyn Gibson, Hampton University Associate Prof. School of Nursing. Dr. Gibson is also on the VDH Vaccine Advisory Committee.

The programs are helping to administer vaccines at clinics across Hampton Roads, including in Hampton, Virginia Beach, Norfolk, and Newport News.

Dr. Leonard Brown, Vice President of Student Affairs at NSU, said the school plans to return to in-person learning in the fall and is exploring the option of a vaccine requirement.

He said the school will continue to work with the community to get the best information out so people can make the best decisions for themselves.

"I want to normalize the idea that this is something new to all of us, and we are all nervous about it," said Dr. Brown. "But just because we are nervous about it doesn't mean we shouldn't go with it."

Both Norfolk State and Hampton are continuing to work to get people vaccinated. Hampton nursing students will help with shots at a clinic in Newport News later this month.

This Saturday, Norfolk State will partner with Second Calvary Baptist Church for an event in Norfolk.