Residents who are 65+ should have received invites to make vaccine appointments. People ages 16-64 with health conditions can look forward to more invites next week. 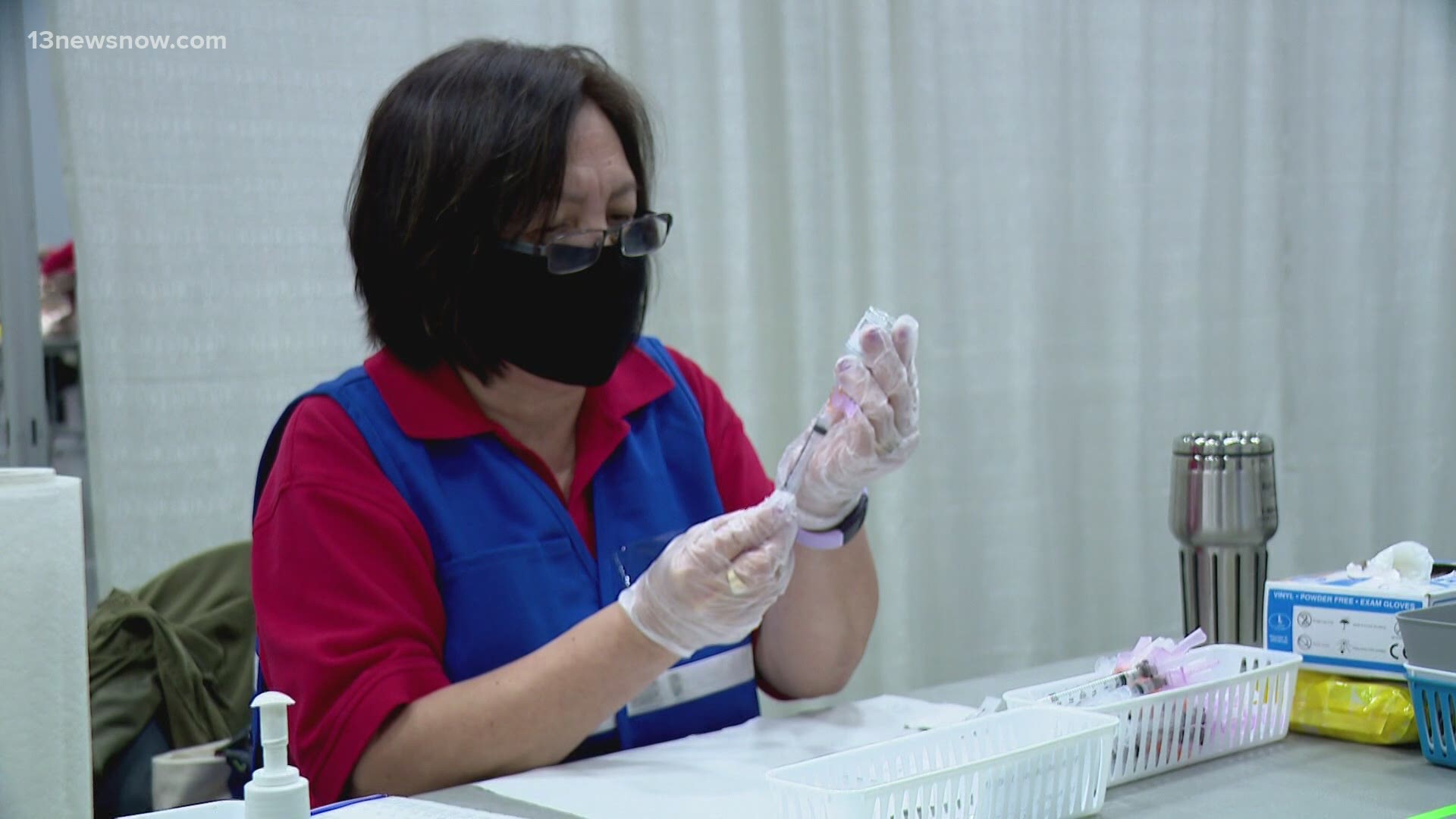 In a tweet released Monday afternoon, the city reported that residents ages 65 and up should have received an invitation to schedule a vaccine appointment by now. People ages 16 to 65 with high-risk health conditions should receive appointment invitations next week.

Officials are encouraging individuals who have not been notified about an appointment to e-mail vaccinatevb@vdh.virginia.gov. They're also reminding people to register for a shot on the statewide database.

This means that the city could enter Phase 1c soon, which expands vaccinations to more workers and adults. The Western Tidewater Health District also reports it's nearly finished with Phase 1b vaccinations.

A WTHD health official stated he's confident the district will move into Phase 1c sometime within the next month.

The only health district around Hampton Roads that's moved to Phase 1c is the Eastern Shore Health District. They started those vaccinations last week.