Virginia kicks off 2nd phase of COVID-19 vaccinations next week 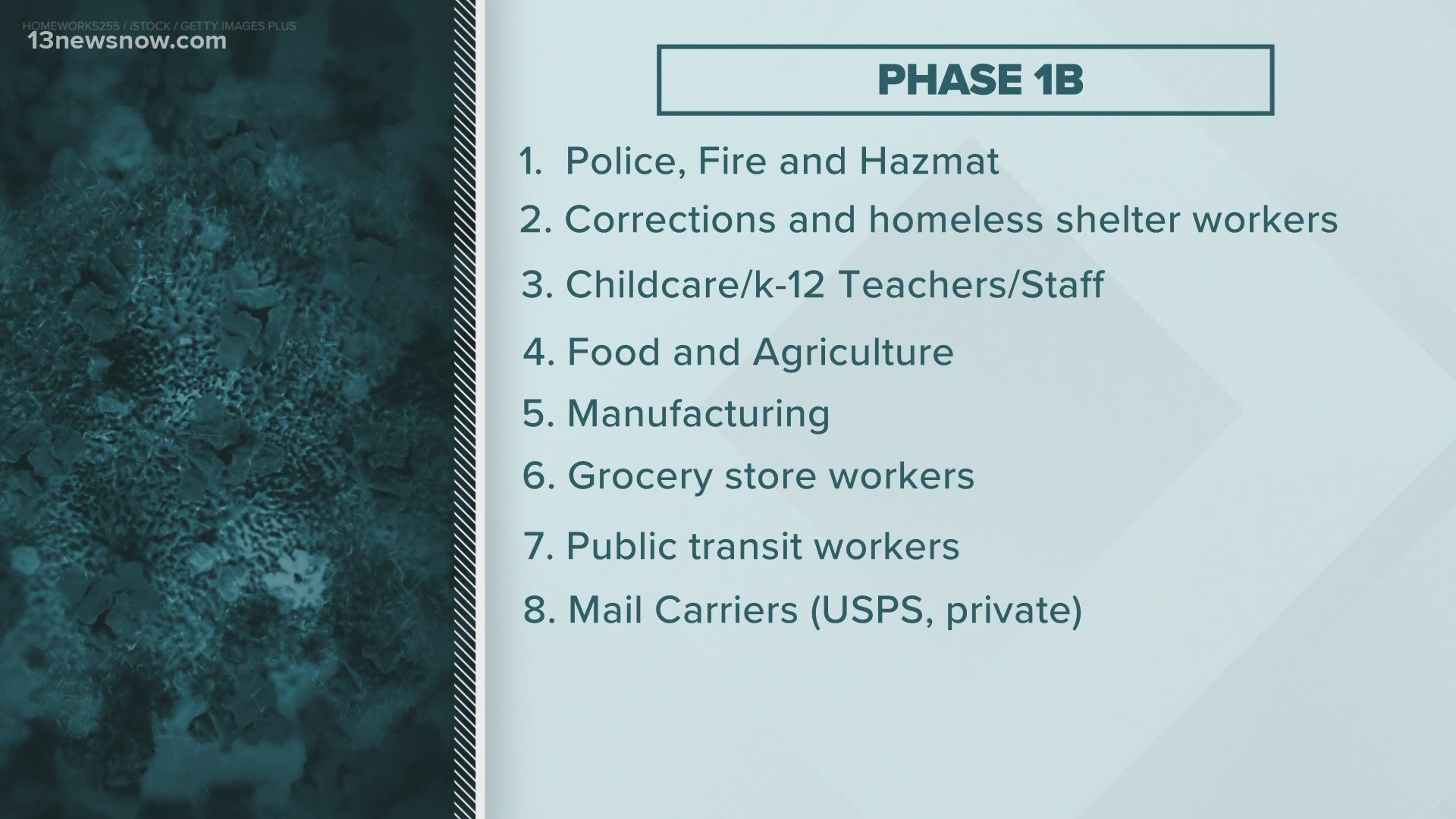 RICHMOND, Va. — Some local health departments across Virginia will begin offering COVID-19 vaccines next week for limited portions of the general public as the state begins to move into its second phase of vaccine distribution.

The Virginia Department of Health said in a news release Friday that 11 local health districts expect to begin gradually adding vaccination opportunities for people who fall into what's called Phase 1B of the state's distribution plan.

So far, none of the districts are in Hampton Roads, but Gov. Ralph Northam tweeted he expects all of Virginia to be in Phase 1B by the end of January.

That group includes people over age 75, incarcerated people, and frontline essential workers like police and teachers. A spokeswoman for Northam also confirmed elected officials will be included in Phase 1B.

We expect ALL health districts will move to 1B by the end of January.

Please be patient if your area is in 1A, or if you are having trouble signing up. This is the beginning of the process and demand is high.

Remember, thousands of doses are arriving in Virginia every week.