Officials said progress with vaccinations and declining cases are promising, but not enough to relax just yet. 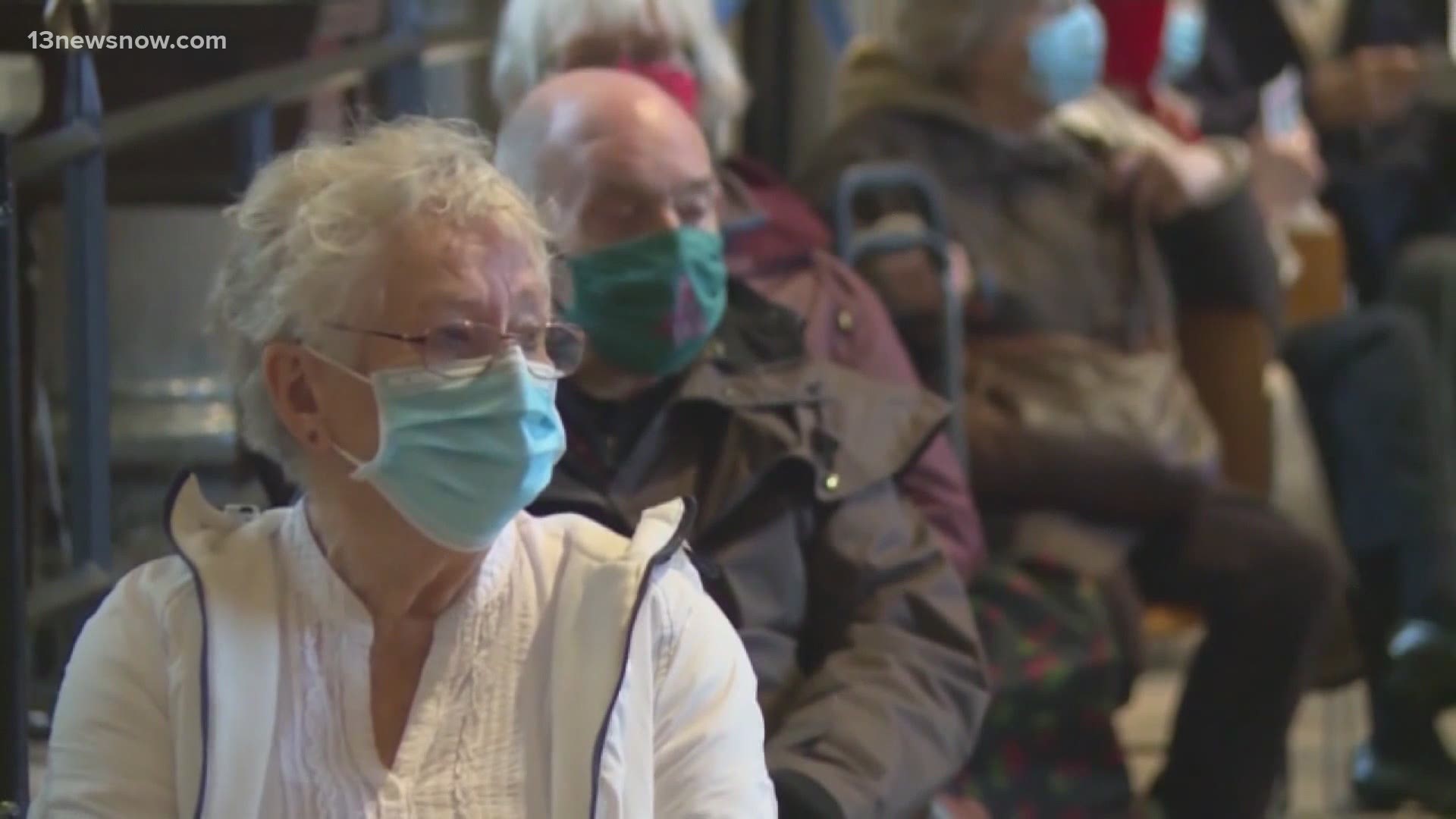 “Vaccine is here, it’s awesome,” said Virginia Beach Department of Public Health Nurse Manager Laurie Shaw. “We are trying to get it out as quick as possible.”

VBDPH officials said they are putting between 6,000 and 10,000 vaccines into arms each week.

“That is pretty significant, but it is only a drop in the bucket at this point,” Shaw said.

Around six percent of people in the city are fully vaccinated. While COVID-19 cases are dropping, Shaw said the numbers are not where they should be.

“We are averaging about 100 cases a day, still,” Shaw said. “That is not where we were when we started off in the beginning, we were 20 cases.”

“But we still need to maintain the six feet, we need to constantly be washing our hands,” Shaw said.

“Outside is much safer than being inside,” said UVA Infectious Diseases Dr. Patrick Jackson. “So, giving people a little bit of an outside outlet makes a lot of sense to me. I still think it makes sense no to be crowded up next to people.”

“If you wanted to screw this up what you would do is vaccinate a small portion of the population, then you would relax masking, relax social distancing,” Dr. Jackson said. “Allow the virus to take off and really have kind of a petri dish to select for variants that are resistant to the vaccine.”

Health officials are also keeping an eye on COVID-19 variants popping up across the state. They said restrictions could help keep those at bay.

“When a virus is reproducing itself within a population, you do expect to see variants arise,” Dr. Jackson said.

Dr. Jackson said studies show the strain first discovered in the UK is more contagious, but the one found in South Africa is concerning in other ways.

“Some of our vaccines may potentially be less effective against that variant,” Dr. Jackson said. “That is not known for sure.”

Both officials said progress with vaccinations and declining cases are promising, but not enough to relax, just yet.

“The message continues to be the same: to keep all of your safety measures in place,” Shaw said.

The Virginia Beach Department of Public Health held its 30th vaccination clinic this week, just over two months since the first doses went out.