In the House version, nurses and firefighters who caught COVID-19 between March and December would be eligible for benefits. The Senate version has different dates. 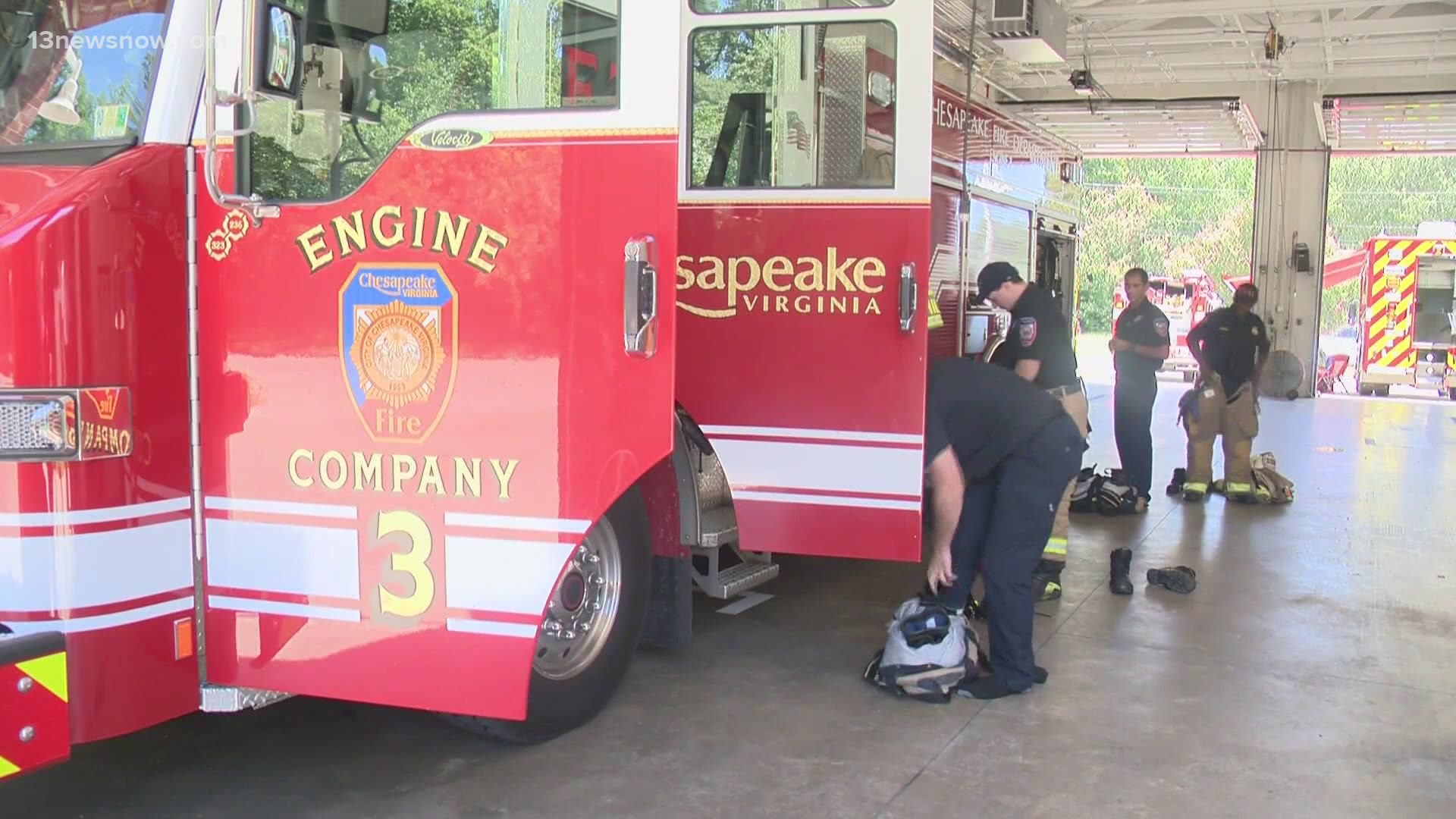 VIRGINIA BEACH, Va. — Activists are pushing for the Virginia Senate to pass a bill that would pay first responders for any disability caused by contracting COVID-19 while on the job.

The bill, which passed the House of Delegates, "establishes a presumption that COVID-19 causing the death or disability of health care providers is an occupational disease compensable under the Workers' Compensation Act."

“[In] 2020, everything was turned upside down for everybody,” said Kurt Detrick, the district vice president for the Virginia Professional Firefighters. “Our firefighters and paramedics were still going out responding to calls.”

Detrick said the sacrifice has cost members time and money.

“We’ve had members that had to be isolated and quarantined for weeks before they can return to work,” Detrick said. “We have members that have been hospitalized throughout the Commonwealth.”

He said it’s difficult for staff to prove they got COVID on the job.

“They are not being covered and accepted throughout the state on a wide level,” Detrick said.

But lawmakers want to change that.

“We just want to give people who we believe to be the heroes of this pandemic the relief they deserve,” Jones said.

He’s pushing for retroactive coverage, between March 12, 2020 and December 31, 2021. It would cover everything from lost wages to medical bills or funeral expenses.

“The most critical period of time started in March 2020,” Jones said. “We don’t want to leave those folks out to dry.”

Senator Saslaw’s office told us he wasn’t available to talk on Monday.

The Associated Press said that according to a Senate Finance and Appropriations Committee held in early February, it would cost an estimated $2.5 million to $3.3 million to implement the Senate’s bill. It would cost significantly more for the House bill if retroactive pay back to March 2020 was added.

But Delegate Jones said not everyone would qualify.

“They’ve got to prove it just like everybody else,” he said.

They would need proof of a positive test and treatment for COVID symptoms.

“Heroes or essential workers, we hear that all the time,” Detrick said. “It is starting to fall on deaf ears unless they back it up and really prove it.”

Delegate Jones hopes the Senate and House can come to a compromise, soon.

The bill passed in the House of Delegates on Feb. 3. On Feb. 18, the bill passed the Virginia Senate with substitutes, which means the House will have to consider the changes.

If they cannot come to an agreement, the two houses will send the legislation to a "committee of conference" to seek a compromise.