Senator Tim Kaine and other lawmakers questioned the nation's top infectious disease expert who warned of premature state reopenings during the outbreak. 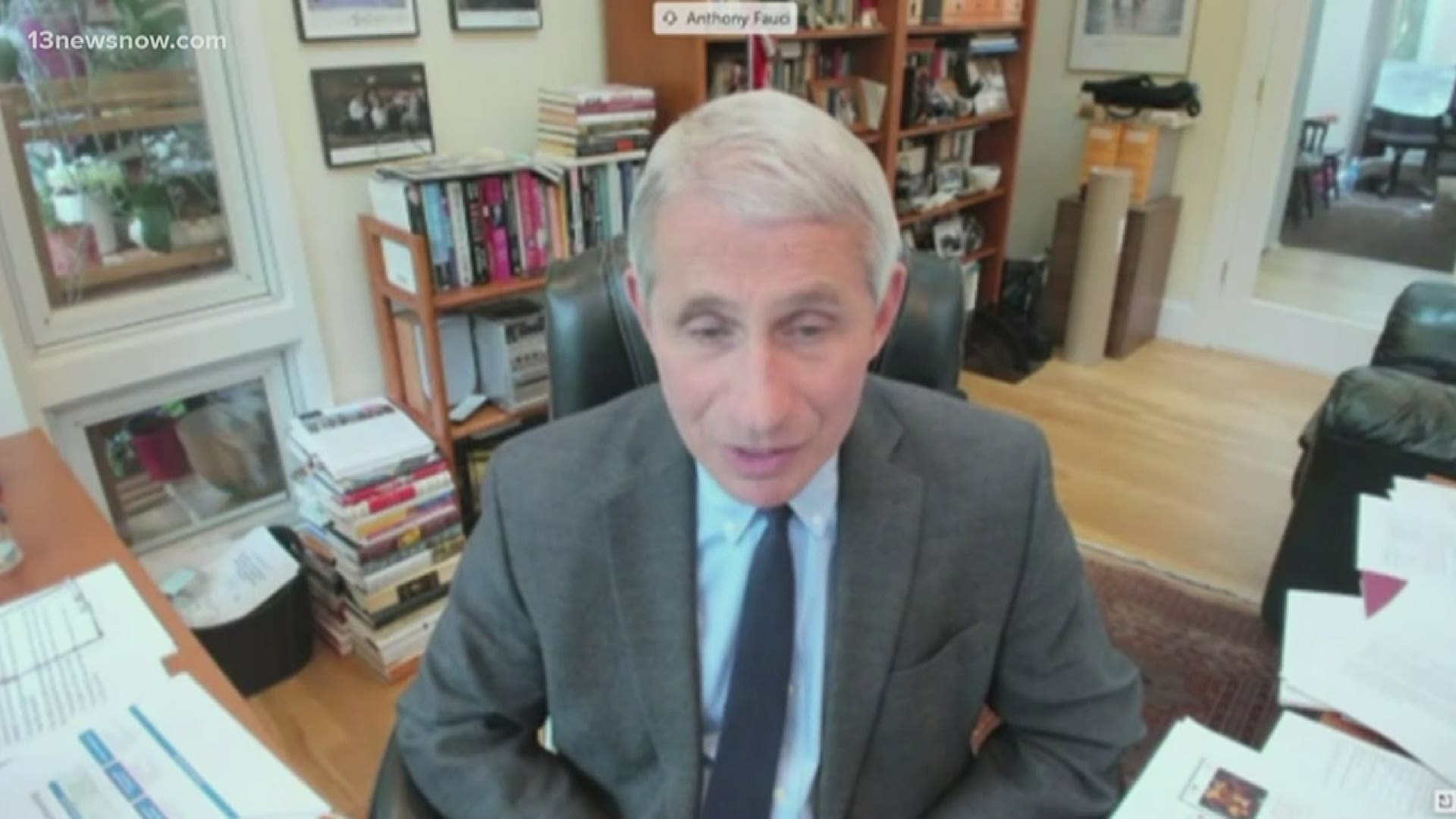 Fauci added there's a real risk "that you will trigger an outbreak you may not be able to control."

"My concern is that we will start to see little spikes that might turn into outbreaks," Fauci said.

The public health official's comments came as the virus continues to spread across the United States, infecting more than 1.3 million people and killing at least 80,684 as of May 12.

RELATED: Dr. Fauci warns of serious consequences if US reopens too soon

Fauci said the true number of cases and deaths is likely much higher since some people infected with the virus can go undetected.

"80,000 Americans have died from the pandemic," said Sen. Bernie Sanders (I-Vermont). "There's some epidemiologists who suggest the number may be 50 percent higher than that. What do you think?"

Fauci replied, "I'm not sure, Senator Sanders, if it's going to be 50 percent higher, but most of us feel that the number of deaths are likely higher than that number."

"The death rate, especially in comparison with nations is unacceptable, isn't it," Kaine asked.

Fauci responded, "Yes, of course. A death rate that's that high is something that in any manner or form in my mind is unacceptable."

Sen Rand Paul (R-Kentucky) spoke about the need to reopen schools and businesses, and challenged Fauci on whether he should be the one advising the President in that capacity.

Fauci didn't hesitate. Replying to Paul, he said, "I have never made myself out to be the end-all and only voice in this. I'm a scientist, a physician, and a public health official. I give advice according to the best scientific evidence."