Debbie Harris's son, Jesse, had to go to the emergency room for gallbladder problems. She says it was scary seeing the hospital staff overwhelmed with patients. 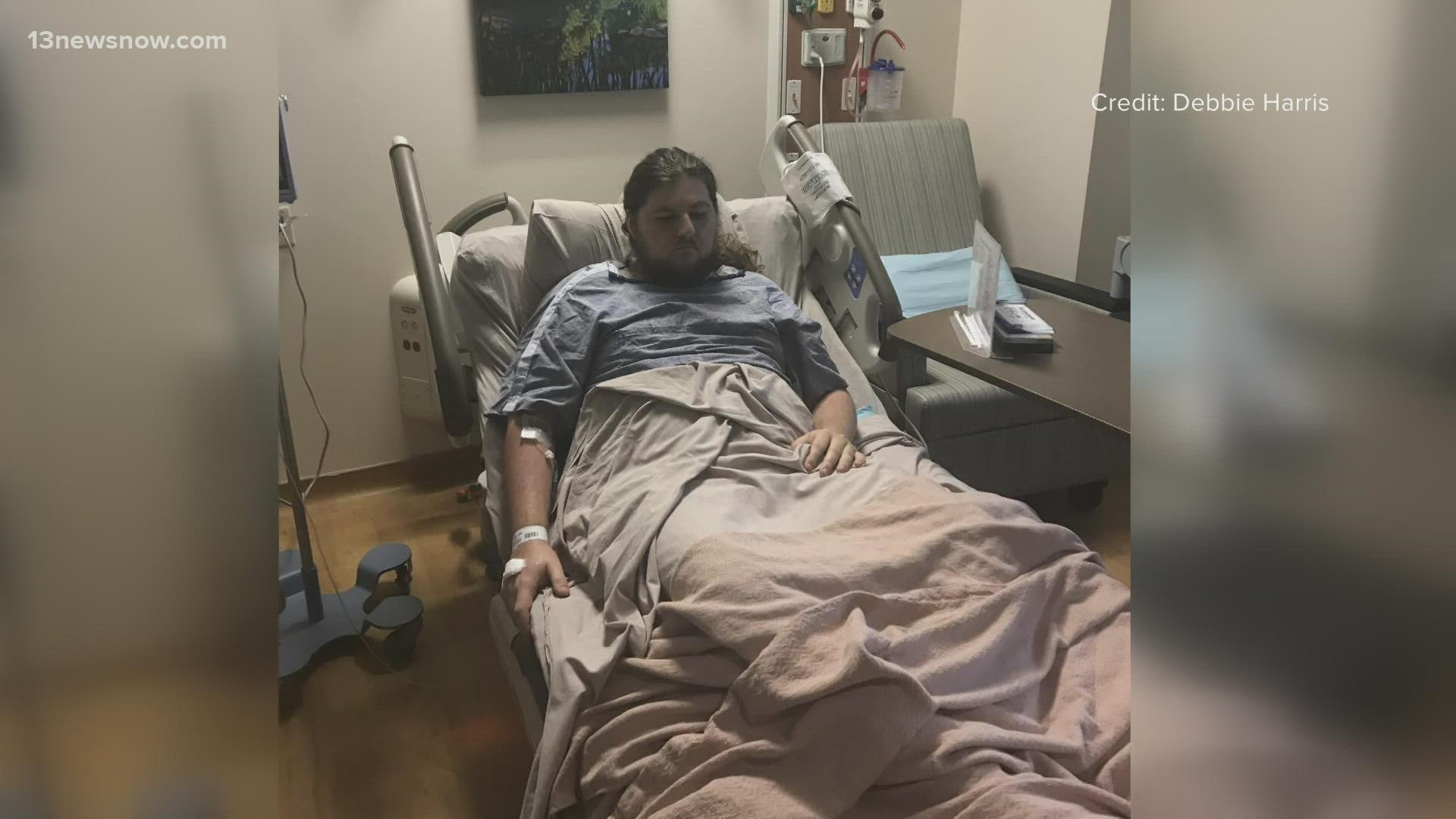 VIRGINIA BEACH, Va. — Debbie Harris says after her 24-year-old son started feeling ill for days, which is uncommon for him, she took him to the urgent care to see what was wrong.

"He had been vomiting for three days and we took him to the walk-in urgent care...and he just came out saying, they don't know what it is and just go to the ER if it gets worse...so we did," Harris said.

Once they got to the emergency room at Sentara Princess Anne Hospital, doctors and nurses took him in quickly, which Harris says wasn't the same situation for other people waiting.

"They were at full capacity," Harris said, as she described the signal that would flash to hospital staff, patients and visitors. "We heard the warning over the intercom again and 24 people were waiting for a bed."

Her son, Jesse, is also on the Autism spectrum. She says he handled his pain well, but being in a crowded, stressed environment was overwhelming for him.

When he came out of his gallbladder surgery, the hospital workers told her he would be okay to go home soon. Harris says she could sense the urgency to free up a hospital bed for more patients.

However, Jesse started showing symptoms of complications from the surgery. Nurses eventually found out he had issues with his bladder, which could become deadly. They worked quickly, but Harris says this led them to stay in the hospital for a total of six days.

Harris says it was an overwhelming time, especially seeing the hospital staff moving non-stop to keep up with the influx of patients.

"It was really scary, it was really different. I've never had an experience where I felt afraid to go out of the room," Harris said. "I don't know, it was just a bad feeling...a bad feeling."

Harris's experience comes as hospital leaders with Sentara are asking people to educate themselves on the vaccine.

One of the workers at the Sentara press conference on September 14 said, "I want to urge you to speak to your doctors and get vaccinated."

Harris says she felt lucky the doctors took Jesse in as soon as they could, because she fears it could have turned for the worse. She says unfortunately, not everyone in the emergency room had the luxury of getting in to see health professionals quickly.

Jesse is now home recovering from his surgery and is doing well, according to Harris. 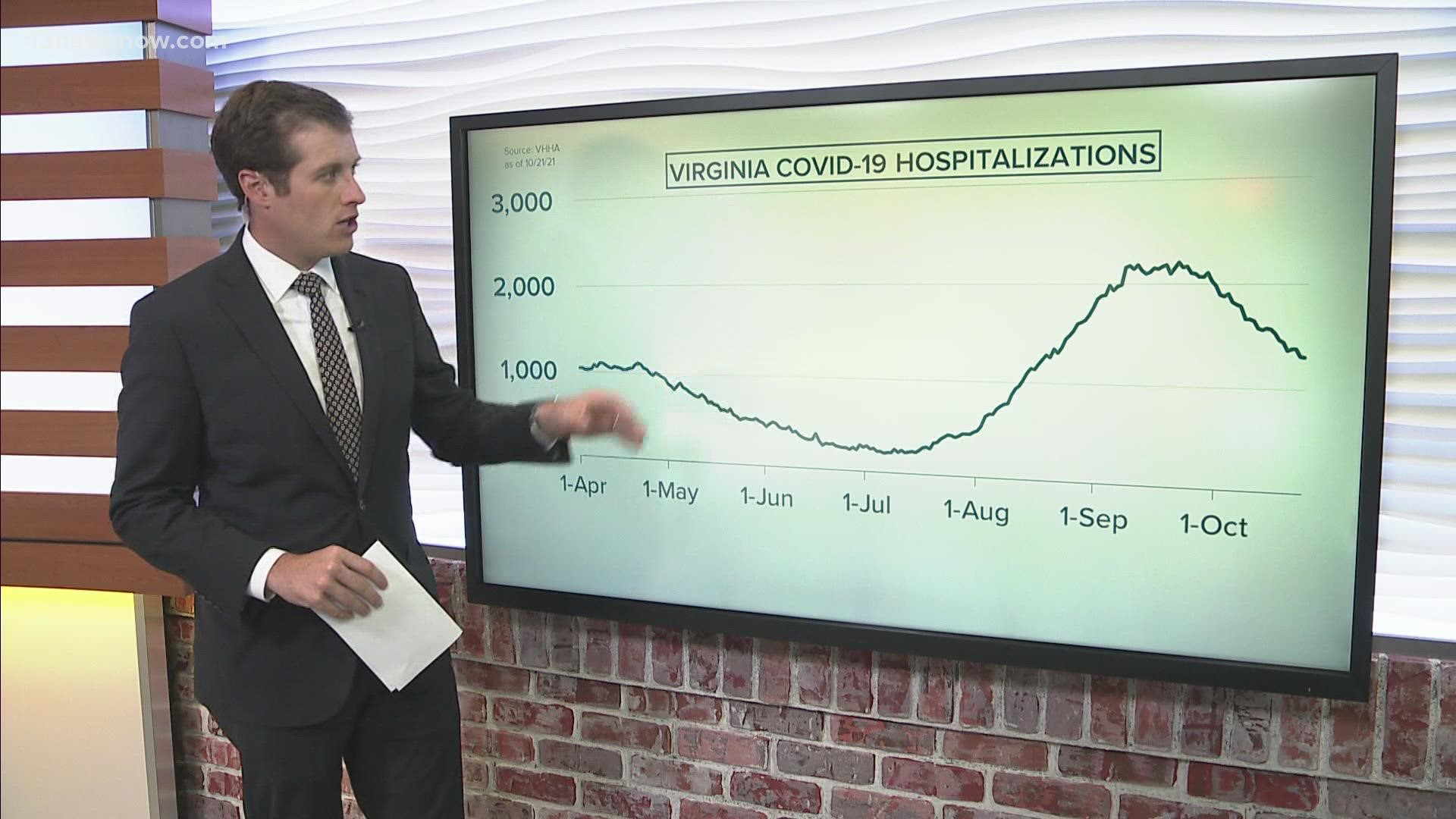